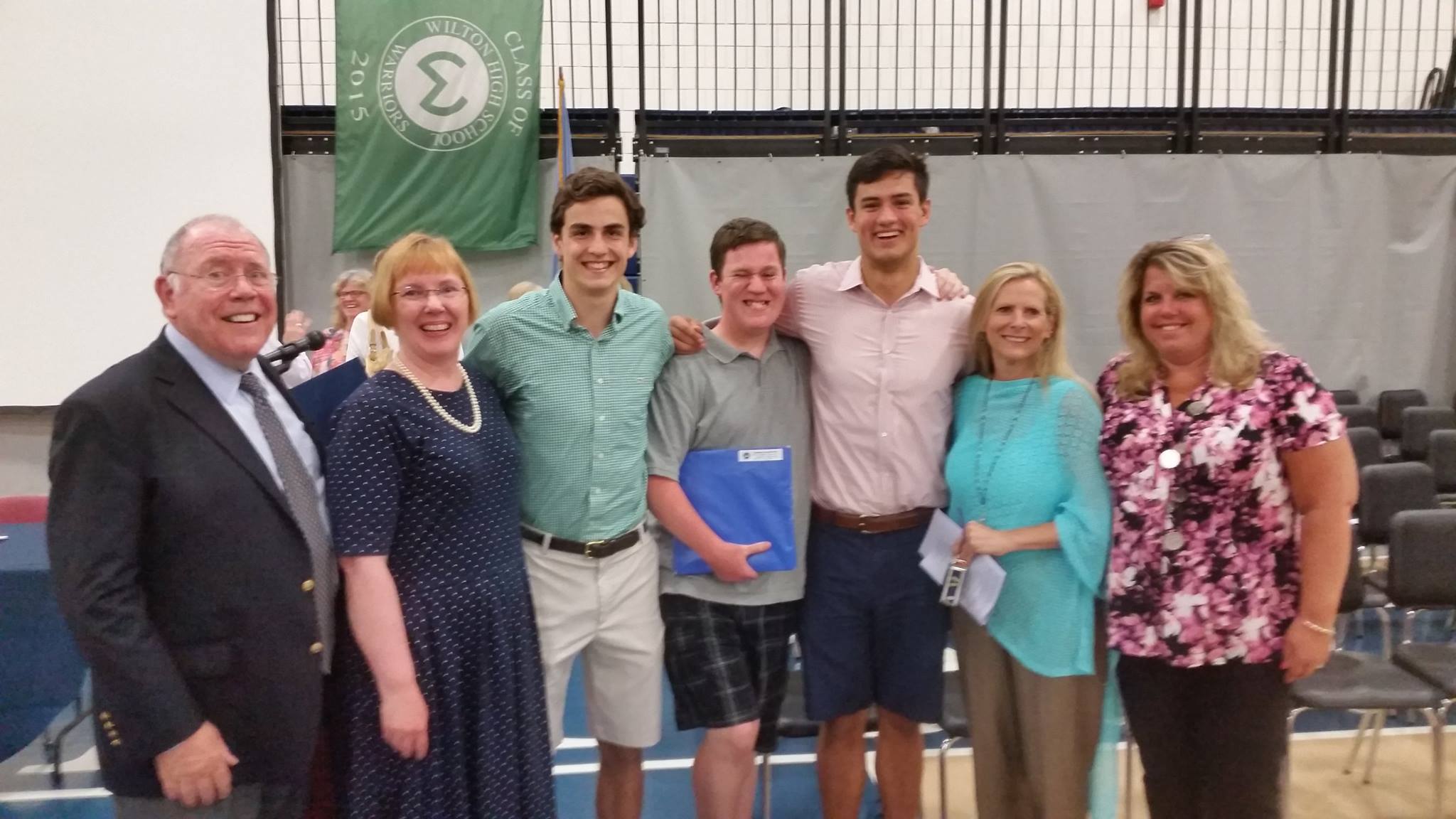 In article after article, we’ve covered the many gifts and talents our Wilton High School students have demonstrated in more subjects than just one. This past month alone, GOOD Morning Wilton has published stories about stellar musical performers who received scholarships to attend the YoungArts program, about talented athletes who won the State Basketball Championship Title, about students who volunteer, and about students who help solve issues within the high school itself. Today, we’re thrilled to write about the many WHS scholars who were recognized yesterday, Thursday, May 29, for their academic achievements and community contributions at the annual Academic Awards Ceremony.

For the most part, the Academic Awards Ceremony focuses primarily on graduating seniors. There are juniors who win the first set of PTSA Book Awards, but the majority of the ceremony recognizes seniors. Among the awards and scholarships are those bestowed by various Wilton businesses and service organizations, as well as those given in memory of Wilton individuals. There are also commendations for excellence in areas of study as well as book awards given by the Wilton High School PTSA.

Eligibility for some of the awards often requires good grades and extracurricular participation as well as the submission of a well-written essay. The National Merit Finalists Scholarship winners are recognized for their high scores on the PSAT exams.

Among the award recipients were:

2015 U.S. Presidential Scholar  (Two scholars from Connecticut and 141 students from across the country were selected):  Evaline Xie

Rotary Club of Wilton “Service Above Self” Awards:  Alexander Ackerman and Jacqueline Cooke