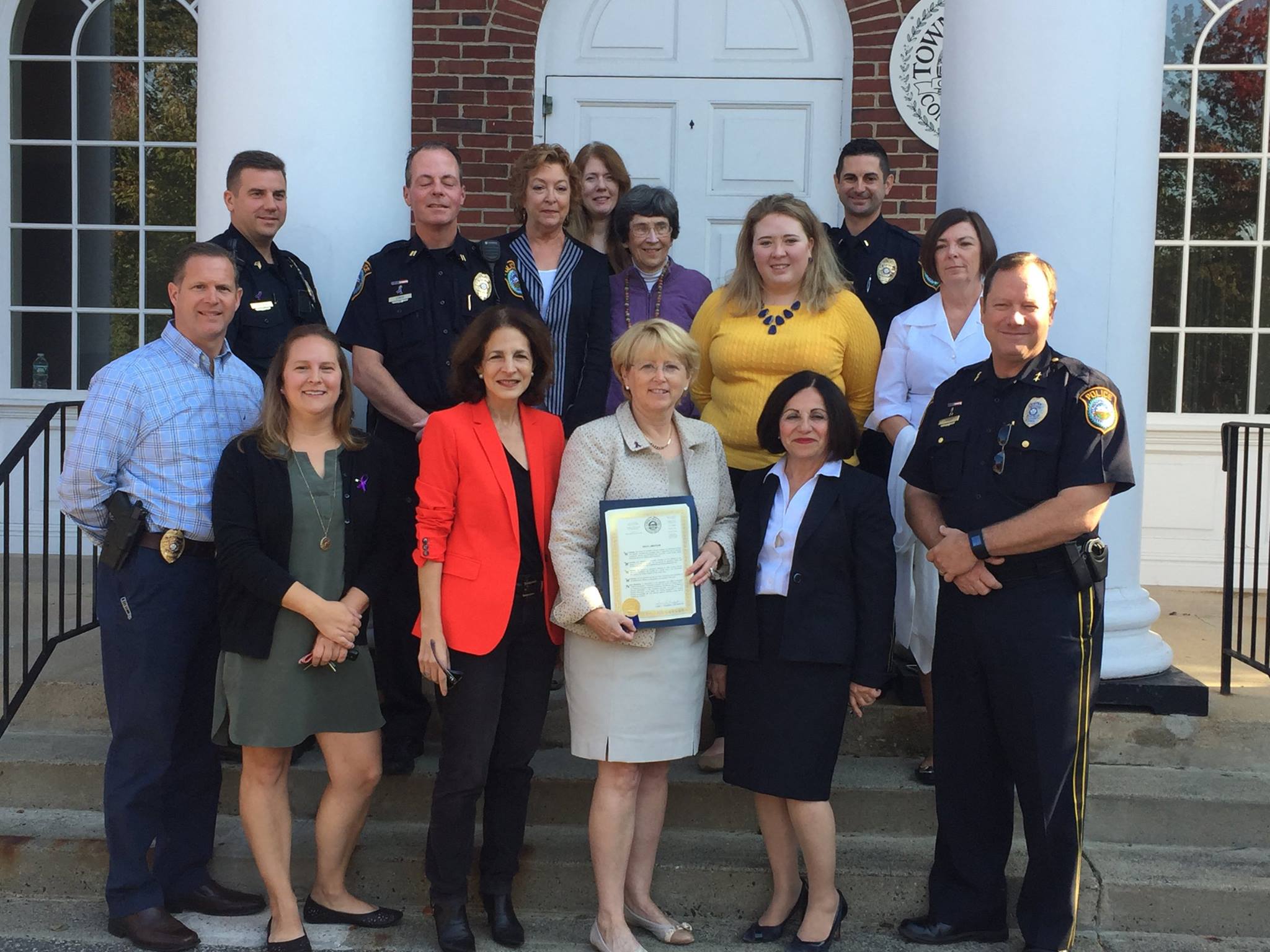 Lt. Rob Cipolla, who is the liaison with the Domestic Violence Task Force for the Wilton Police Department, acknowledged that even in Wilton it’s something that the public needs to be made more aware of.

“The message is awareness. It’s unfortunately not an issue that we’re immune to in our small little town of Wilton. It’s something that we as a police department and the Domestic Violence Crisis Center work hard to advocate and be there for those affected by it,” he said.

As part of the proclamation, Vanderslice urged all Wilton citizens “to actively participate in scheduled activities and programs to work toward improving victim safety and holding perpetrators of domestic abuse accountable for their actions against individual victims and society as a whole.”

That’s something the Wilton Police Department did last week in conjunction with the Wilton Family Y, by sponsoring an event, Let’s Dance and Spin for a Cause, to raise awareness for domestic violence. They held a spin class and Zumba class to raise money to benefit the Domestic Violence Crisis Center.