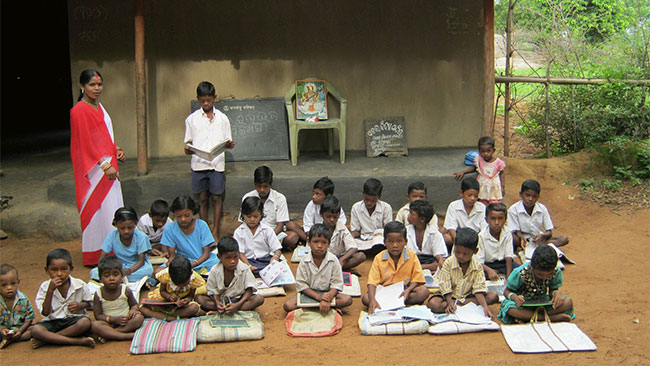 Education is a central Wilton topic–most usually with a very local focus. But now, one organization with ties to more remote areas in Asia is devoting some of that focus to education overseas.

A local, CT chapter of an organization called Ekal Vidyalaya, made up of families with ties to India, is organizing a fundraising effort to continue their support of growing education in rural and tribal Indian communities. Ekal Vidyalaya is a movement focused on creating and growing one-teacher schools in remote Indian villages to bring education to all children in the country. Since starting in 1986, Ekal has become the largest grassroots level non-governmental education and development movement operating in rural India.

They are holding the Ekal Vidyalaya 5K Run and Walk this Sunday, Sept. 25, in Merwin Meadows, starting at 8:30 a.m. to raise funds to continue their work. Registration to take part in the 5K costs $20 per adult, $10 per child. There is a potluck lunch following the race.

The CT chapter of Ekal was started in 2010. That year the group raised funds for 100 schools and has continued to add 30 schools every year, creating a total of 275 schools by 2016. There are approximately 50 families in Fairfield County who have been involved in the local effort. Those 275 schools are part of the 52,000 schools created by the global effort, impacting more than 1.5 million students.

According to the Ekal website, the movement aims to help eradicate illiteracy from rural and tribal India, following a philosophy of rural development based on criteria of equality and inclusiveness across all sections of society.

Ekal says each school is managed and run for just $365 a year. The money funds teachers more than physical infrastructure or buildings. It hires and trains teachers, and aims to utilize physical space free of cost. The website says that Ekal’s administrative costs are less than 10-percent of contributions and the majority of the organization’s workforce is volunteer.