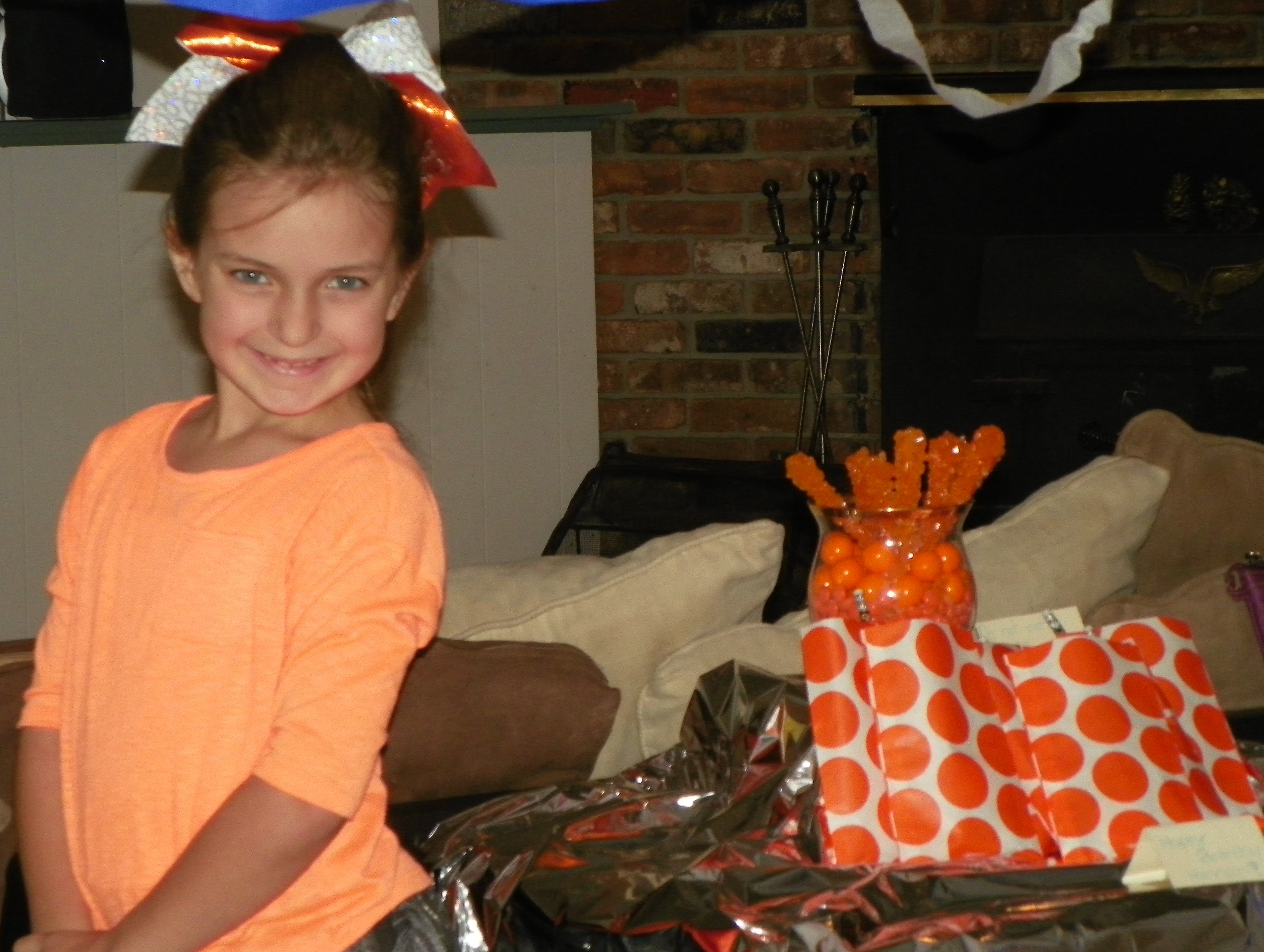 Until three years ago, my daughter, Wilton 8-year old Hannah Rhodes had never heard of Multiple Sclerosis.  But it became a part of her life when her stepfather Greg Jacobson–or as Hannah calls him, “Steppy”–was diagnosed with the disease a mere four weeks after he and I were married in 2011.

“MS was a big surprise to me once I found out what it was,” she said. “I didn’t realize that it could change the way people live their life.” Multiple Sclerosis affects 5,000 Connecticut residents alone.

This year, Hannah decided that in lieu of birthday presents she would ask her friends to make a donation to the National MS Society Connecticut Chapter. What’s more, she decided to have a party decked out with the MS color orange. Raising awareness was just part of her generosity.

“None of my friends knew about MS until I told them about my step-dad and his disability. Some of them knew him but other people were interested to find out more about MS,” was Hannah’s take on how she was able to help teach about the disease.

In all, Hannah raised $180, which she presented to Lisa Gerrol, president and CEO of the National MS Society CT Chapter, recently at an MS Symposium sponsored by High Quality Home Therapy.

For Greg, the thoughtful gesture on Hannah’s part simply reinforced his pride in his step-daughter. “I am amazed and thrilled that she understands and appreciates the significance of not only the disease but the challenge of finding a cure.  An 8-year-old who is this socially conscious, selfless and generous  simply ROCKS.”

As for Hannah, she just wants to help her “Steppy” get better.