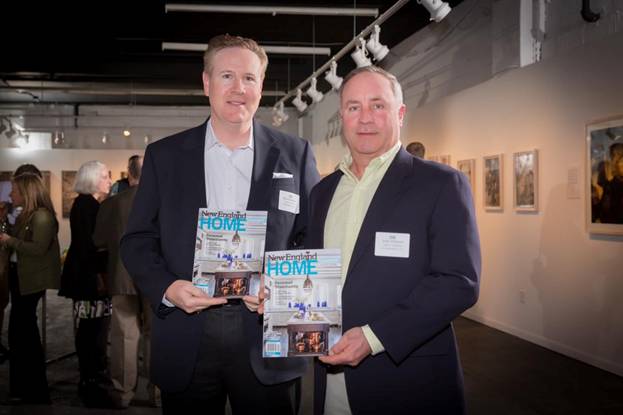 Kudos are due to a Wilton team–architect Kevin Quinlan and builder John Williams of Harbor Property Development:  a recent New Canaan home designed by Quinlan and built by Williams is featured in the current issue of New England Home magazine.

The home is owned by designer Anne-Laure Martyn and her husband Sean, and it’s described in the magazine as a “cedar-roofed farmhouse perfectly in keeping with the New England vernacular. The interior architecture was to be modern and uncluttered and the furnishings would incorporate reclaimed materials and salvaged architectural features.”

Pictures below are courtesy of New England Home. Additional pictures and the complete article , titled “Continental Drift,” can be found online.