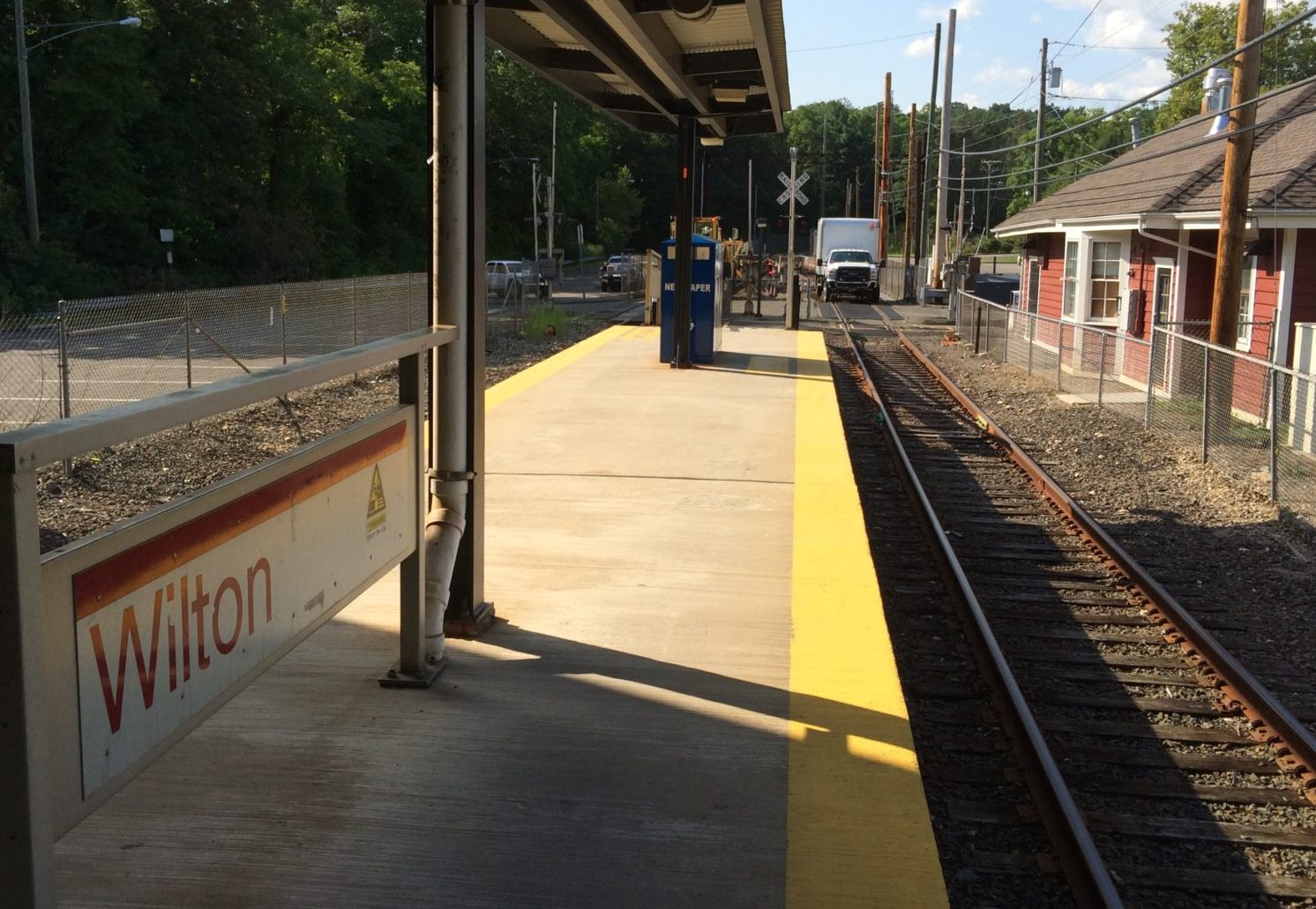 Legislators in Hartford held a public hearing last Friday, Feb. 24 to hear testimony on HB 6553, a bill to upgrade on the Danbury Branch Line of Metro-North. Introduced by Wilton’s state representative Gail Lavielle (R-143), the bill doesn’t ask for new funding for any improvements; instead it calls for reallocating already authorized bonds for transportation infrastructure projects.

Lavielle has introduced the bill with a group of eleven other state House members–both Republicans and Democrats–who represent towns on and near the Danbury line.

Last week she made an appeal for commuters to submit testimony in time for the public hearing. The Wilton Economic Development Commission answered that appeal by submitting a 2-page statement offering support of the legislation. What follows is the text of that statement:

We, the Town of Wilton Economic Development Commission seek your attention and funding of a Danbury Line service improvement bill proposed by our State Representative Gail Lavielle, along with 11 other area House members representing both sides of the political aisle. Given the cost and complexity of implementing full electrification of the Danbury Line, we are interested in improvements that could be made in a shorter timeframe and at substantially less cost. One possibility that we have heard may be feasible is adding to the Danbury Line a shuttle train service which would run from the line’s southern terminus at South Norwalk station and up through the lower Norwalk River Valley.

As residents and commuters from the Town of Wilton, we advocate that the provision of this added service be carried at least through our two stations, but there are reasons to consider several of the stations on the line as the northern terminus of the shuttle: Wilton, Cannondale, Branchville. Wilton adds a substantial downtown area with offices for national corporations, Cannondale is convenient to both Wilton and Weston, and Branchville adds Ridgefield and Redding as convenient commuting possibilities. All three stations offer free or lower cost parking options, encouraging a stable base of commuter demand.

We believe this added service would be an important interim step towards the long-term goal of full Danbury Line electrification, and this testimony argues for the investment as a cost-effective stimulant to the regional economy along the Route 7 Business Corridor where all of the Danbury Line stations are situated.

The primary issue to consider is the relative dearth of trains serving the communities along the Route 7 Corridor. Presently, only 14 diesel trains operate in each direction per weekday on the Danbury Line, feeding in to 47 per day between South Norwalk and Grand Central Terminal. By comparison, the New Canaan Line, which serves fewer stations and townships and does not support a recognized business corridor, is serviced by 20 daily electric trains in each direction, feeding into 97 trains between Stamford and Grand Central each weekday.

Our town’s Economic Development Commission recently undertook a significant study to determine, via quantitative and qualitative means, the net drivers of residential population and business activity into and out of Wilton. Among other sources of data, we conducted a number of interviews with commercial real estate brokers and developers in the area. Several important trends emerged:

Based on the development of these economic, commutation and office leasing trends, we believe strengthening the reliability and convenience of Danbury Line transportation options will advance economic progress in the region. This progress will deliver the return on investment necessary for improvements to the branch line. A greater frequency of peak, and off-peak service, as provided via a supplemental shuttle train over existing rail-stock is proposed as an affordable and incremental step towards this goal.

For further information on the Wilton Economic Development Commission, visit the EDC website.