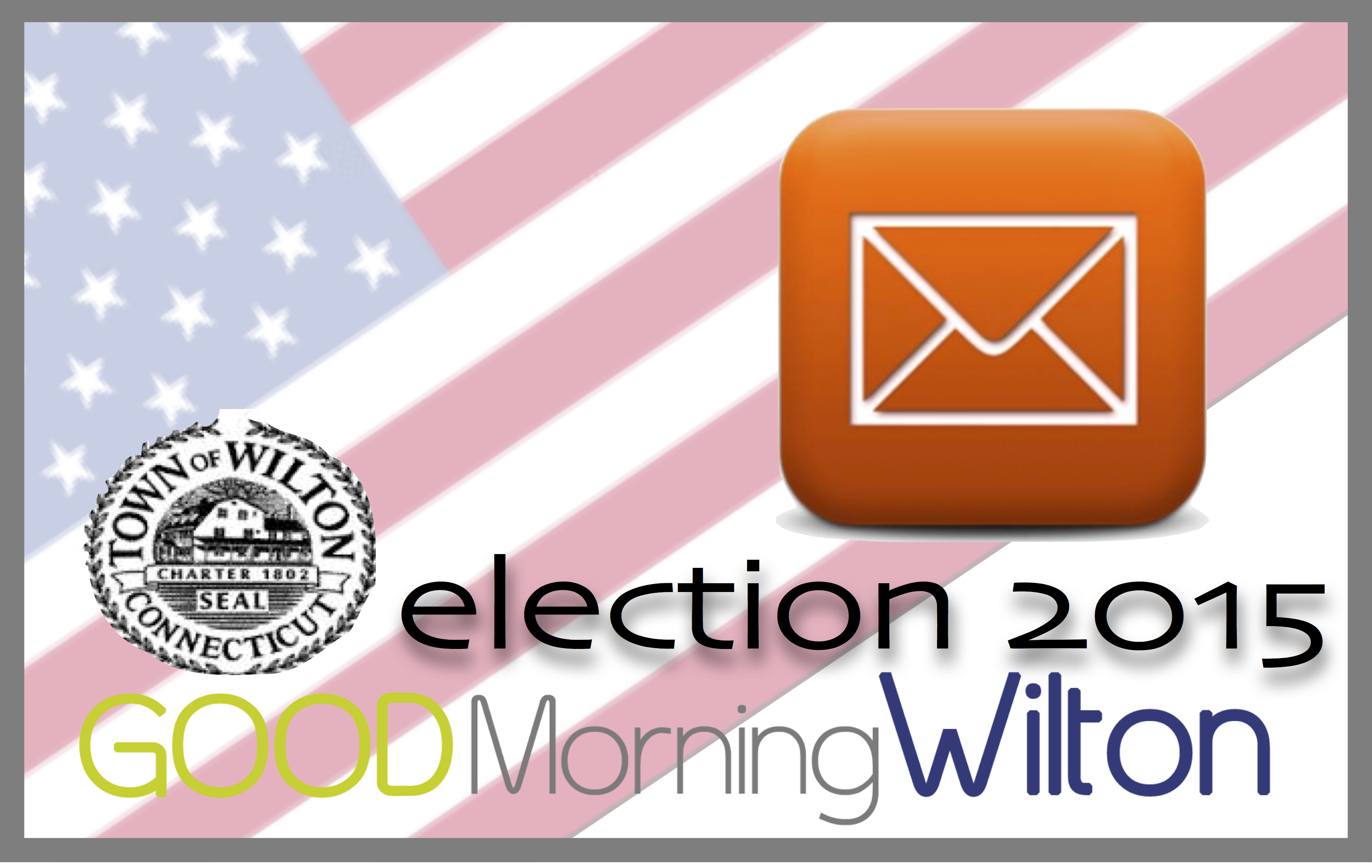 Every Friday until Election Day, GOOD Morning Wilton will publish Letters to the Editor that we’ve received about the candidates and/or election-related issues. To learn more about our election coverage guidelines and policies, click here.

Michael Kaelin Has it All

I would like to add my support, alone with that of hundreds of informed Wilton residents, for Mike Kaelin’s candidacy for the Board of Selectmen. Beyond his strong commitment to fiscal responsibility, he has a strong moral compass, is inclusive and personally responsive to his obligations. As a current member of the Board, Mike has total command of the issues confronting the town, adds a thoughtful voice and point-on-view, while holding boards and agencies accountable for spending. It’s no secret that Wilton’s taxes are out of alignment with neighboring towns. With Mike’s continued leadership, we can look forward to changing the current trajectory, restoring a greater focus on fiscal sanity and reduce both taxes and spending. Let’s elect the person who has it all–Mike Kaelin!

It is a pleasure to endorse Michael Kaelin as a candidate for selectman. I have known him for many years and know him to be a dedicated, thoughtful and tireless proponent of all that is Wilton. We served on the Wilton Library board together, during which time I was able to witness his dedication and tireless advocacy.

I am pleased that a person of his intellect, analytic ability and common sense is willing to run for this position. He has told me he wants to contribute as much as he can to underscoring the value of civil discourse and thoughtful and informed participation.

He has my vote.

As a former 9-year member of the Bd. of Selectmen, six as second selectman, I strongly endorse Mike Kaelin‘s election. As a recipient of the Wilton Distinguished Citizen Award, Mike’s credentials, dedication and effectiveness are proven.

Wilton’s annual budgets are tough. Expenses are contained by hard work and attention to detail, not pontification. Mike is already experienced with the BOS budget process. Previously, as a BOS appointed-Trustee, Mike was instrumental in reducing the Wilton Library requests.

Wilton has done much to be attractive for commercial property development. Mike is able to sell Wilton to grow the commercial tax base.

Mike Kaelin has my enthusiastic endorsement for Wilton selectman. I have known Mike for many years, especially these past nine years as we worked closely together on the Wilton Library board. Mike is smart, fair, kind and works like a dog, free of charge for the citizens of Wilton! I think so highly of Mike and his extraordinary family that I nominated them for Wilton’s Distinguished Citizen of 2015…and they won! If I need a smart caring friend, I call Mike. If I need astute legal and business advice, I call Mike. Now, we need a first-rate selectman…who we gonna call?

Why you should vote for Deb McFadden, even if you’re a Republican

Wouldn’t it be welcome to see more of that money come back to benefit Wilton?

Then why on earth would we elect a Republican first selectman when so many statewide decisions that affect Fairfield County are made by a Democrat-controlled state government?

I’ve known and trusted Deb McFadden since 2001. She is politically astute and experienced so she knows how local and state government work and can get things done.

She is very well respected in Hartford, so we avoid the ugly stalemate we’ve suffered in Washington.

She is a skilled listener, so she hears what is important to Wilton residents instead of pushing a personal agenda.

She is devoted to preserving what we all love about Wilton as well as committed to building a vital future, so we keep the reasons why we live here, and can afford to stay.

It does not matter whether you’re a Democrat, Republican, or Independent. Deb McFadden is the candidate you can trust to return more of our Connecticut income tax dollars to benefit the town we call home.

Lynne Vanderslice is a Great Leader

I have known Lynne Vanderslice since 1990 when she hired me to work for her in the corporate controller’s group at the Coca-Cola Bottling Company of NY. I was a young accountant transitioning from a “Big Eight” public accounting firm.

As a leader and a boss, Lynne was supportive and generous with her time while challenging all of us to be at our best. I was appointed to the team, which she co-led to move us from a manual point of sales system to a digital one. She led with clear vision. We were a focused collaborative team. We worked hard over a number of months, but Lynne created an environment in which we also had fun and people enjoyed being at work feeling they were making a meaningful contribution.

When I moved to Wilton, I was not the least bit surprised to see Lynne immersed in the community and holding many leadership roles. As a taxpayer, I have appreciated her efforts to minimize taxes while serving on the Board of Finance.

Lynne will make a great first selectman. My husband and I will be voting for her on Nov. 3 and encourage you to do the same.