One Wilton family is organizing a local blood drive, inspired by the brave fight of a 3-year-old Westport boy born with only half a heart.

In conjunction with Class Project 2020, Lynn Martines and her sons, Wilton High School students Paul and Trevor, are holding a blood drive with the Red Cross on April 30 from 2-7 p.m. at Comstock Community Center.

The Martineses recently learned about 3-year-old Evan Sheiber, by way of Lynn’s nephew Mat Jacowleff, who also hails from Westport. Currently a fourth year student at Northeastern University, Mat has been organizing blood drives at Boston’s Children’s Hospital for over two years. News of his involvement in spearheading the blood drives spread back to Westport and Evan’s mom, Britt Sheiber. Evan is treated at Boston’s Children’s Hospital for his single ventricle heart disease, and Britt was completely blown away by the kindness of Mat and his Northeastern students friends.

As she tells it:

My son Evan was born with hypoplastic right heart syndrome or half a heart on April 27, 2016.  His identical twin brother, James, was born with a healthy heart.  At 4.5 months old weighing 13 pounds my little heart warrior had his first open heart surgery at Boston Children’s. After this surgery, we went back home to Westport, and tried to live as normally as possible with a medically fragile baby. The common cold could decrease his oxygen saturations dangerously low so we had to take a lot of precautions with Evan. He did end up at Yale for a week after his oxygen saturations de-stated when he was around 6 months old.

Evan is a happy, smart, and strong little boy. On the outside, Evan looks like a perfect, healthy, “normal” little boy, but on the inside his heart had to work twice as hard to pump oxygenated blood throughout his body. On March 19, 2019 Evan once again went back up to Boston Children’s for his second open heart surgery, called the Fontan. This is the last “planned” surgery, but more medical intervention, and a heart transplant are on the table for all babies born with half a heart. Our hope is that medicine continues to advance rapidly so our boy can live a very long life with the heart he was given.

Evan once again rocked surgery. The first few days were rough, as can be expected. I remember when the doctors and nurses were going to pull the first chest tube out they ordered for blood from the bank for Evan in case he bled too much during the procedure. I vividly remember looking at the red cooler which held someone’s donated blood. I thought of Mat Jacowleff, and his selflessness, and the multiple times he has donated blood at Children’s.  And I thought about all of the “strangers” that took time out of their busy lives, and endured a pinch to give their most precious blood, in order to save a stranger’s life. I am forever grateful for all of the donors. What if there was no blood waiting on standby in a cooler for Evan?

By day four Evan was scooting a car around the hospital, as I did my best to stay behind him dragging his chest tube container, and IV drips. By day six, my warrior was on his way home to Westport. Blood donation is important. It saves lives.

Lynn has been motivated to make a similar impact. “We would very much like to spread awareness of how donating blood saves lives for those who, like Evan are born with Single Ventricle Disease, as well as other illnesses. We feel that by hosting a local blood drive of our own, our mission will be accomplished, while honoring Evan Sheiber, a true heart warrior!”

Anyone over the age of 17 can register to donate. To sign up for the Wilton blood drive, visit the registration page online.

Students at Wilton High School have moved mountains to help fundraise for two ...

One hundred and twenty-five years ago some very forward-thinking people came t ...

Sometimes things just come together in a certain way that make it easier for o ... 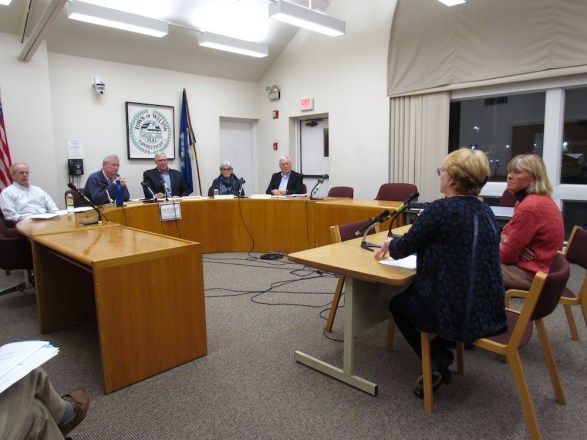 Alternate School Program Gets Preliminary 1-Yr. OK from BOF, but Not Without Drama