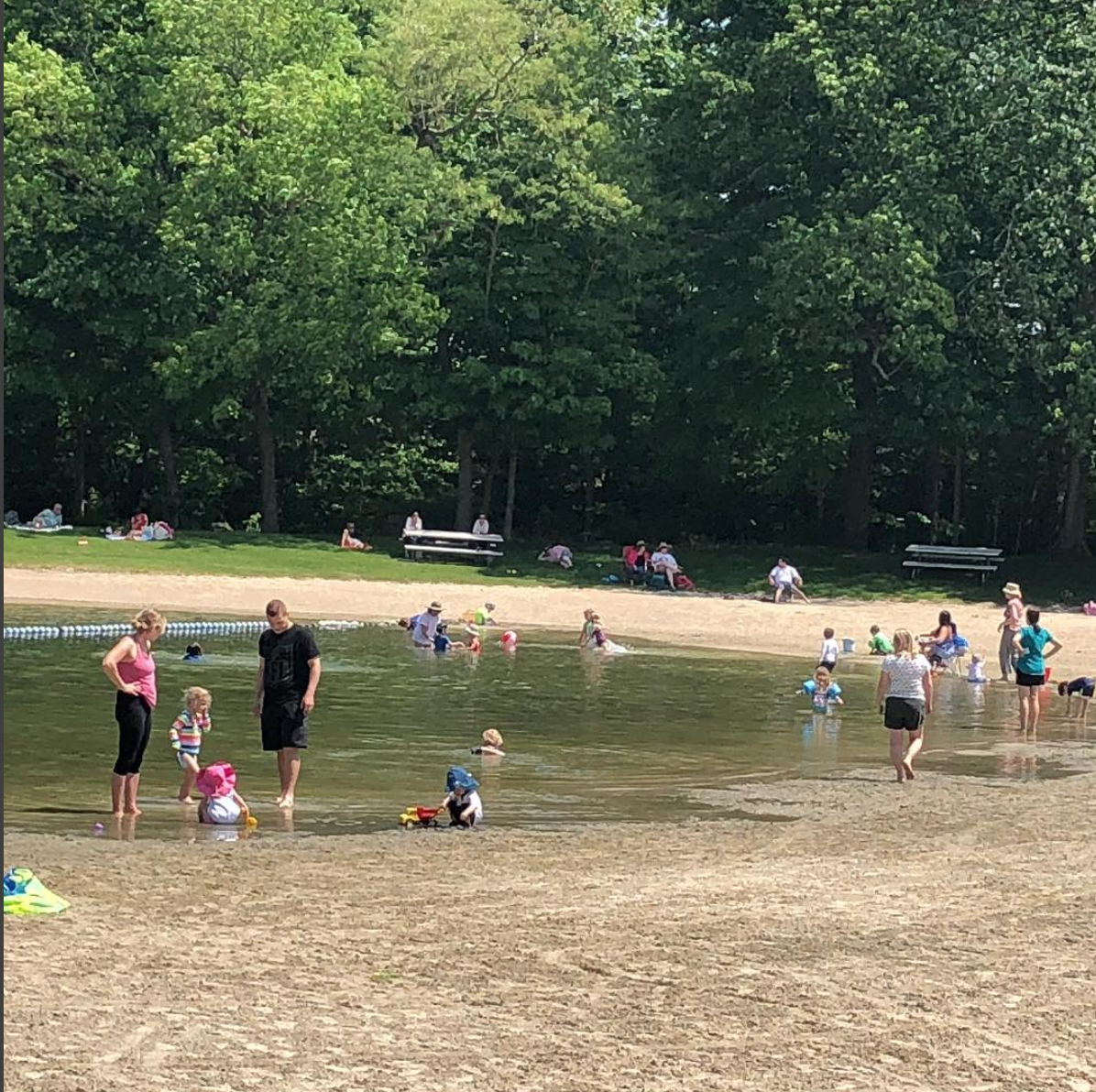 Following a Wilton Health Department order to close the pond at Merwin Meadows earlier this week, Health Director Barry Bogle has now concluded the water is safe for swimming, based on the latest test results from samples collected on Monday, July 12.

The pond was closed pending additional water testing after a Wilton parent posted on social media that her child suffered a severe skin reaction following a swim there on Friday, July 9.

Since it was never reported to the town, Bogle considers the case “unsubstantiated,” telling GMW “there has not been any proven direct link to the complainant’s child’s illness and swimming at Merwin Meadow’s Pond.”

That child’s reaction appears to have been an isolated case; the town has not received any reports of similar reactions from other swimmers.

Still, the matter was taken seriously by the town.

“Out of an abundance of caution I took the necessary steps to ensure that the public was not at risk of exposure to an unknown pollutant at the pond,” Bogle said, emphasizing, “This [Health Dept.] office has responded, and will continue to respond in an expeditious manner, to any public health-related complaint, unfounded or not, that places our community at risk.”

Bogle found no evidence that the Merwin Meadows water was unsafe at any point.

The Merwin Meadows pond water is routinely tested every Wednesday during the summer season, specifically for E. coli. Last Wednesday’s test results were also at satisfactory levels. All of the testing is conducted at an independent, state-certified laboratory.

Another popular swimming spot in Wilton is found at the Wilton Family Y. Bob McDowell, Riverbrook Regional YMCA CEO, told GMW, “Pond tests are done every week (Wednesday to be specific) and we have been doing tests since the week before Memorial Day. The colony-forming units [or CFUs, a measuring unit for E. coli] on average for us are around 20-29. Anything over 50 is going into an unhealthy range for our body of water.”

First Selectwoman Lynne Vanderslice told GMW that Wilton follows the State of Connecticut Guidelines for Monitoring Swimming Water and Closure Protocol. The guidelines are issued jointly by the Connecticut Department of Public Health (DPH) and the Department of Energy and Environmental Protection (DEEP).

The guidelines include specific recommendations for the frequency of testing as well as the number of test samples taken. Wilton follows those recommendations.

The social media post that prompted the new water testing alluded to geese as potentially contaminating the water at Merwin Meadows. Of note, the DPH/DEEP guidelines say that “large populations of waterfowl on a watershed can be a contributing factor to elevated bacterial levels in the swimming area” and also notes that harmful algal blooms (HABs) at freshwater swimming areas can contain certain toxins that are known skin irritants.

Steve Pierce, director of Wilton’s Parks and Recreation Department, told GMW earlier this week that the town takes steps to minimize the presence of geese in the park, including a commonly-used tool that emits a whistling sound that causes geese to move away. The department also began testing a laser light tool for the same purpose last week, before the Wilton child’s skin reaction. (The Y’s McDowell also noted that they use light and sound tools to keep the geese away.)

Bogle also noted an in-person survey of the area found no signs of contamination. He added, “Contamination of bathing water can come from many sources.”

One potential cause is heavy rainfall, which can affect bacteria levels. The DPH/DEEP guidelines discuss, but do not specifically recommend, that local health departments can conduct additional testing to understand the impact of heavy rains on bacteria counts in their swimming water.

When asked by GMW about such testing, Bogle indicated that town relies on the weekly testing, and has not explored additional testing specifically timed to follow heavy rains.

Additional note: The final page of the state guidelines includes information on “swimmer’s itch” (schistosome dermatitis) which can occur in both freshwater and saltwater swimming areas. Children are most often affected and skin reactions can be “extremely intense.” Thorough towel drying, rather than air drying after swimming, is recommended to prevent the reaction.

The story was updated to include comments from Barry Bogle and additional information.