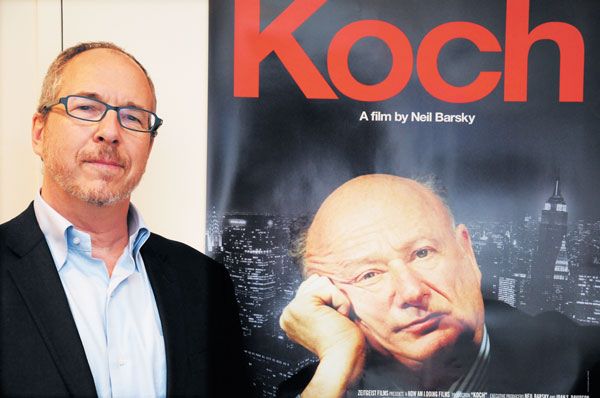 Former Mayor Ed Koch was the quintessential New Yorker. In the documentary, Koch, first-time filmmaker (and former Wall Street Journal reporter) Neil Barsky has crafted an intimate and revealing portrait of an intensely private man, his legacy as a political titan, and the city he helped transform from 1978 to 1989.

The tumult of Koch’s three terms included a fiercely competitive 1977 election; an infamous 1980 transit strike; the burgeoning AIDS epidemic; landmark housing renewal initiatives; and an irreparable municipal corruption scandal. Through candid interviews and rare archival footage, Koch thrillingly chronicles the personal and political toll of running the world’s most wondrous city in a time of upheaval and reinvention.

The documentary will screen Saturday, Feb. 8 as part of the Wilton Library‘s “New Perspectives Film Series” at 7:30 – 9:30 p.m.  Suggested donation is $5.00, and refreshments will be served.

The New Perspectives Documentary series is programmed and moderated by filmmaker and Wilton resident Megan Smith-Harris. A Q&A will follow the film. Registration is highly recommended via the Wilton Library website.