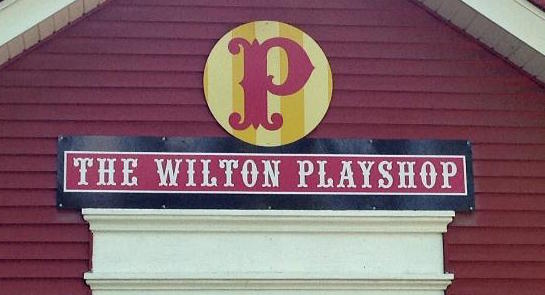 The 80th season of the Wilton Playshop–one of the oldest community theater organizations in New England–is in full swing and according to Ralph Pastore, the Playshop’s executive producer, the entire season has been a celebration.

“The party is in the programming,” he says. “We committed to two full-scale musicals, the first area production of Young Frankenstein and a 60th anniversary celebration of West Side Story; two “Applause Series” events, An Acoustic Valentine (acoustic love song concert to benefit our Musical Chairs campaign) and Buyer & Cellar; and last but not least a holiday show, Junie B. in Jingle Bells, Batman Smells. This has allowed more people to join us in celebrating this milestone and it’s certainly extended the celebration!”

Pastore’s interest in including the community makes sense. He points to the homegrown nature of the organization as the key to its longevity. “Many volunteers are local to the Wilton community. They have been connected to the theater for many years and are particularly fond of its history, the location, and the architecture of the building itself.”

Publicity chair and Wilton resident Kasey Luce concurs. “I think we–the Board of Directors and the volunteers–all have a deep love of our little theater. It has withstood the test of time, and as volunteers we know our work is essential in keeping our non-profit theater thriving.”

Timely, entertaining programming has of course also contributed to the Playshop’s successful run. “People love the Playshop because they don’t have to travel beyond Wilton Center for high-quality, live entertainment in a quaint, historic theater,” says Luce.

And, sometimes said entertainment features an unexpected member of the community. Wilton dentist Dr. James Aris has been in two productions–he was the sergeant in Chicago and most recently had a cameo in Young Frankenstein as Dracula. Former first selectman Bill Brennan has also gotten in the act, serving as emcee for one of the Wilton Playshop musical revue benefits.

“We welcome having Wilton community professionals guest star in our productions and have found that the community embraces it,” adds Pastore.

In the spirit of keeping the community front and center and delivering an experience that inspires patrons to return, the Wilton Playshop has launched the Musical Capital Chairs Campaign.

“Our current seating was donated to the theater in the 1980s and we are overdue for a comfort upgrade,” says Luce.

There are 125 chairs to replace. Supporters have the option to sponsor a brand new, cushioned, theater-style chair with arm rests for $250, which includes a commemorative plaque, or they may make a donation at any contribution level at the Playshop’s GoFundMe website. Both options are tax-deductible. The Campaign is ongoing and the Board looks forward to the audience starting to experience the results when attending shows and events over the coming year.

Theater aficionados won’t want to miss the final show of the Playshop’s 80th season, West Side Story. Directed by John Atkin, with musical direction by Tony Bellomy and choreography by Christine Titus, the show will be performed April 27-May 12.

For more information about the Wilton Playshop, please visit the website.