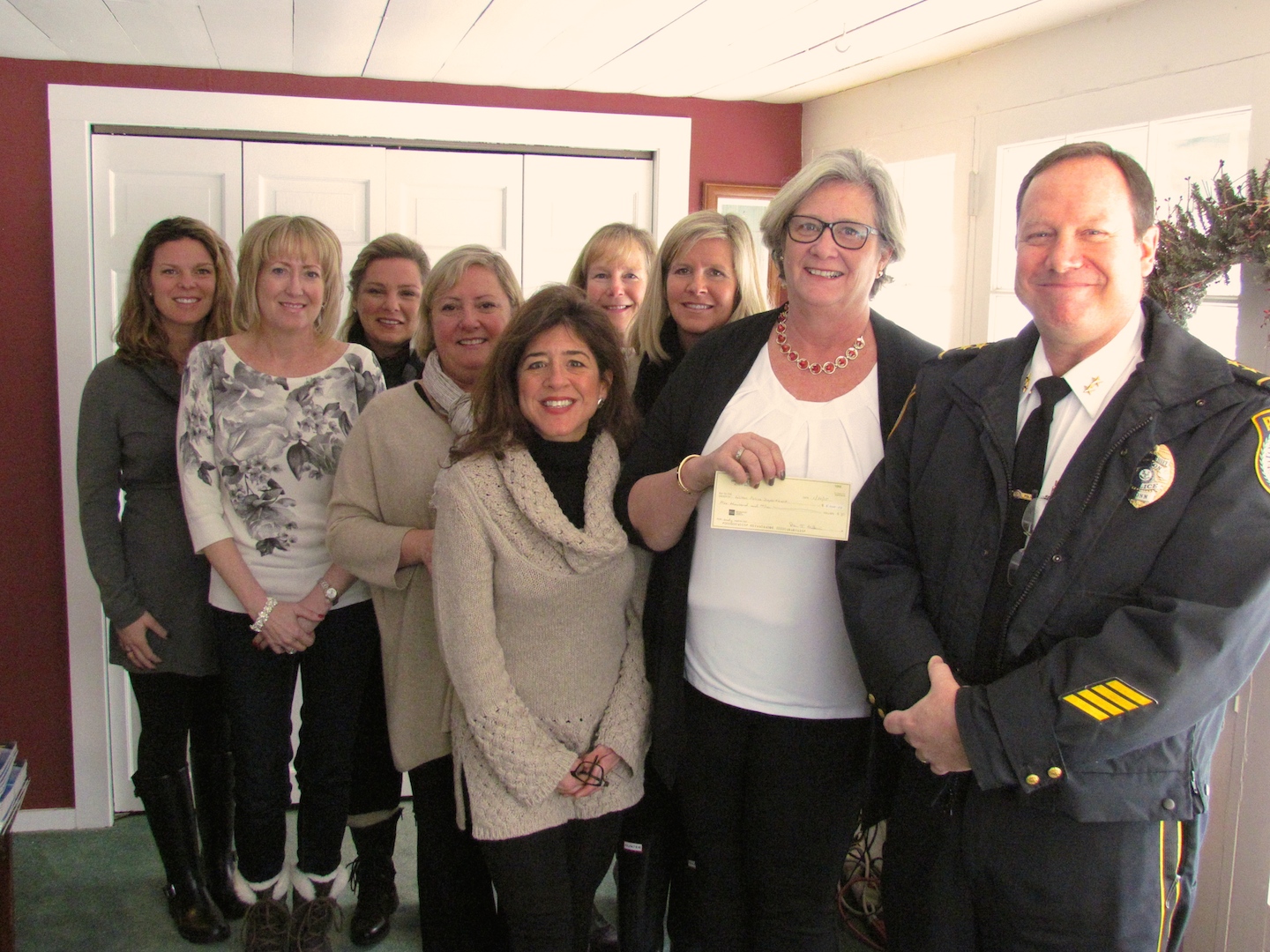 The Wilton Police Department will be adding to their technological arsenal, thanks to a generous donation from the real estate agents at Realty Seven. The agents presented a $5,000 check to acting police chief Robert Crosby on Friday, Jan. 30, to fund the purchase of five body cameras to be used by patrol officers.

“Body cameras will be used to enhance our in-car videos, to get indisputable evidence for crimes, and also help prevent false allegations against officers,” Crosby said. “It is an asset that in the future of law enforcement, most officers will be wearing body cameras.”

The cameras the department plans to purchase with the donation are called Vievu cameras. Each one is about the size of a pager, and it is turned on and off by the officer wearing it. Crosby said the protocol for when the cameras would need to be turned on will be worked out between the union that represents the officers and police officials.

Once the cameras are purchased and put into use by officers on patrol, Wilton will become the second Fairfield County municipality to use them–Crosby said that Westport is currently testing body cameras with their officers.

According to Crosby, video can provide helpful evidence to clarify when accusations are made against police officers for inappropriate behavior outside of what is allowed. In fact, Wilton has had past incidents of claims against police officers, and when video has been available it has helped show that officers did behave appropriately; he explained that video from body cameras can be used in a similar fashion.

Police video has been mentioned as part of some recent newsworthy national events involving clashes between civilians and police–most notably the Michael Brown case in Ferguson, MO and the Eric Garner case in New York City. Crosby acknowledged these events when he said the cameras that will be put into use in Wilton will help provide “indisputable evidence.”

“Video really helps in court, it really helps to be able to say, ‘This is what really happened, you can’t dispute that. It’s not your word against mine,” he said, adding, “I think it’s an asset for both the members of this department and the public.”

Peg Koellmer, the president and owner of Realty Seven, expressed her gratitude to the Wilton police on behalf of her agents and Wilton residents.

“We’re here to support the police department in making those guys safer. It’s a difficult job. I’d worry about my children (who are adults) if they were out doing it, and I would want them to have all the protection that they could. We’re always supporting the police department,” she said.

She explained that the donation is not a corporate donation from Realty Seven, but actually comes directly from the realtors themselves, who are independent agents, and who donate a portion of their commissions.

Crosby added that the financial support is important, especially at budget time when the department is trying to make sure it keeps costs within reason.