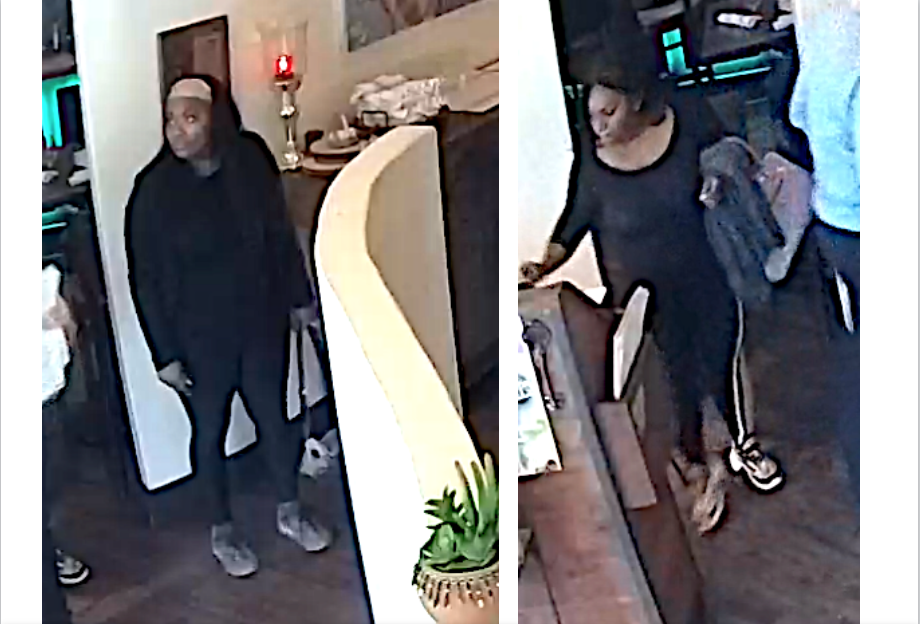 On April 26, 2019, Wilton Police say two female suspects entered the Cactus Rose restaurant in Wilton Center and allegedly stole several credit cards out of a victim’s wallet, while the victim was sitting and eating. The suspects then allegedly went to multiple stores in Stamford and purchased over $20,000 in merchandise and gift cards on the stolen credit cards.

Police have provided photos taken from video surveillance footage of the two women they say are suspects involved in the theft.

Anyone with information on the incident is asked to contact the Wilton Police Department at 203.834.6260.