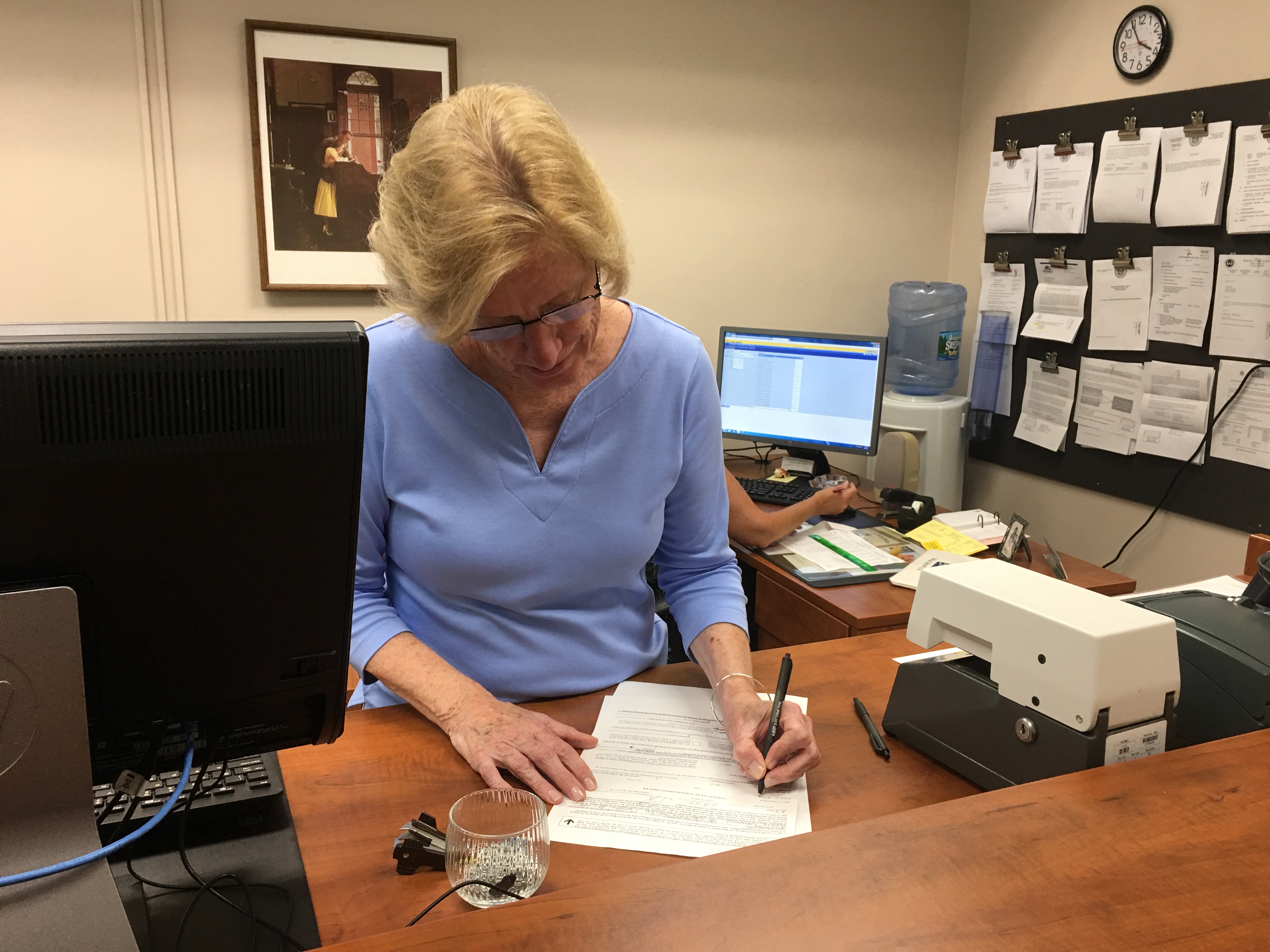 BREAKING NEWS, Wednesday, Aug. 9, 4:30 p.m.–The 4 p.m. deadline to submit petitions to the town clerk came and went for anyone interested in running for municipal office as a petition candidate, or for anyone who wanted to challenge the political party-endorsed candidates in a primary. It had been expected that Republican Al Alper, the chair of the Republican Town Committee who did not win his party’s endorsement for the ballot as a selectman candidate, would be submitting a petition for a primary challenge. As of 4:01 p.m., however, the Republican registrar of voters Annalisa Stravato confirmed that Alper had turned nothing in to her for a primary challenge–which means, the RTC will not see a primary this election go-round. Instead the candidates endorsed by the 40-member RTC, will go on the November ballot as the official Republican candidates.

Alper, who told GOOD Morning Wilton last week that he was considering a primary push in order to open the choice to all Republican voters, today sent a comment explaining why he eventually decided against that route.

“As a fiscal conservative and someone who has fought on behalf of the taxpayer to rein in spending, I couldn’t ask those same taxpayers to assume the burden of a primary simply because party members disagree. With November as an avenue that wouldn’t cost them anything and still achieve the same goals that going to a primary would, the choice was obvious,” he wrote.

Alper did, however submit enough petition signatures to get a spot on the ballot as a petitioning candidate, which means all registered voters will have the opportunity to consider him in the Board of Selectmen (BOS) race against the endorsed Republican candidates–current selectman Lori Bufano and Joshua Cole–as well as against Deborah McFadden, the candidate put up by the Democratic Town Committee.

GMW sent requests for comments to all of the BOS candidates as well as the town committee chairs.

Bufano said, “I am looking forward to the November election as one of the RTC nominated candidates for BOS and will be focusing on my campaign.”

McFadden said, “My focus is on how best to serve my friends and neighbors, the citizens of Wilton. There is a stark contrast in the process for selecting candidates for the Board of Selectmen race between the RTC and DTC. A wider field of candidates will serve to stimulate debate on the issues and hopefully increase both voter choice and participation. The voice of the people will be heard in November at the ballot box.”

[NOTE:  McFadden serves as the DTC chair in addition to being the Democratic candidate for selectman; however she is speaking as candidate in this instance.]

Cole sent his statement from vacation:  “I am happy to hear that our town’s taxpayers will not be forced to bear the expense of a primary. I look forward to a campaign focusing on the issues most relevant to our town and am confident that the voters will select the two individuals who they believe will best serve the interests of our town.”

The other Wilton resident running as a petitioning candidate is Melissa Rotini, who submitted the necessary signatures last week, well before today’s deadline, to run in the race for the Planning and Zoning Commission. Rotini, who currently sits on P&Z, is unaffiliated with any major party. She, along with five RTC-endorsed candidates and three DTC-endorsed candidates make nine people in total who will be running for eight open seats on P&Z.

In addition to the races for Board of Selectmen and Planning and Zoning, the Board of Education (BOE) race is also contested, with two RTC candidates and two DTC candidates running for three open seats.

Contested races are becoming more frequent again after several years in recent memory where there would only be one candidate per seat running, even for offices like first selectman or BOE. The 2015 election saw challenges for the offices of first selectmen and the BOS.

“The mix of voters has changed in town–right now unaffiliated voters make up the largest percentage of voters in Wilton. The fact that you have unaffiliated residents, like [current selectman] Dave Clune and Melissa Rotini petitioning to be on the ballot is not the least bit surprising,” says first selectman Lynne Vanderslice, who won office in 2015 in a contested race.

[Vanderslice is currently serving a four-year term, so she does not need to run during this election cycle.]

With voter turnouts historically low in Wilton, the hope is that contested races may spur more voters to come out to the polls on Election Day.

“Any time the ballot is contested, the public feels that their vote carries greater weight. I very much hope step that the organizations that stepped forward to hold debates when I was running in a contested race will again step forward to do the same thing. With contested elections on three of the four major boards, it’s very important that there are multiple avenues for people to learn more about the candidates,” Vanderslice added.

The town is taking steps to encourage as many people as possible to cast their votes, including new technology. The selectmen recently approved the use of See-Click-Fix, a system for residents to report non-emergency issues to town officials; that same system will allow officials to communicate to residents as well.

“The new technology that we will be implementing to improve resident communication of issues to the town also has a messaging feature. We expect to have that technology up well in advance of the Nov. election, and I anticipate that we will use that technology in addition to the other methods that we have been using to make the public aware of upcoming votes,” Vanderslice added.

The DTC opted to have vice chair Tom Dubin offer its statement:  “Wilton’s Democratic Town Committee held a caucus last month that was open to everyone. We are proud of the talented people who were unanimously endorsed through that process, and we know that each of them will make wonderful contributions to Wilton. We hope that Wilton’s voters will take the time to learn about our candidates and support them in November, whether the voters are Democrats, Republicans or Independents.”

The article was updated to clarify the Democratic candidate’s quote was given as candidate and not as the DTC chair. It has been updated a second time to add a comment from the DTC vice chair, which was emailed after press time.