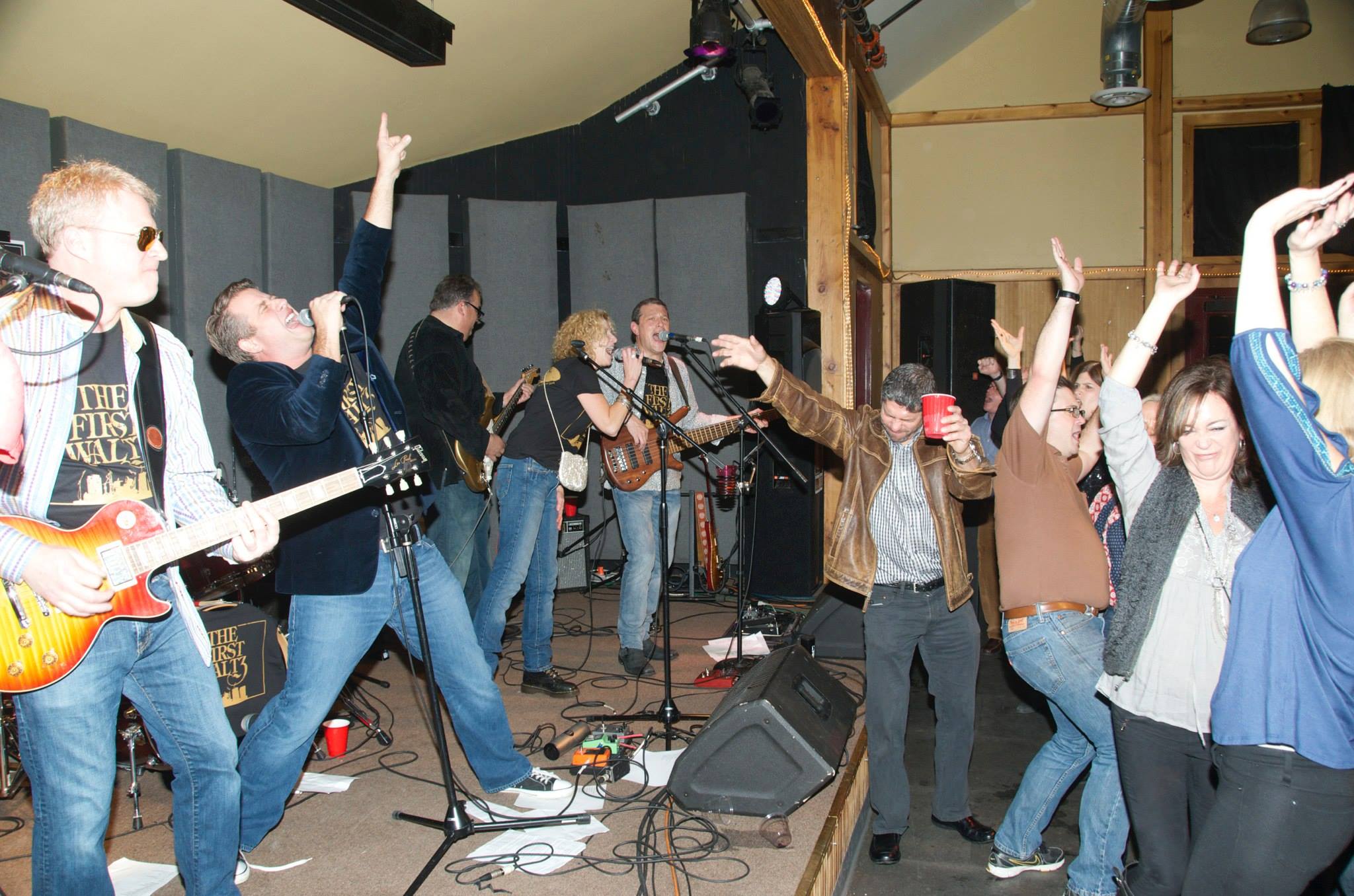 Wilton has a lot of things for which to be thankful. One of the things we are rich with is volunteers–volunteers who help run our town, who give their time to civic organizations and charities, and volunteers who organize rock concerts.

Yes, when it’s a rock concert that helps feed people in need to the tune of $26,000, which is what Wilton Rocks for Food did in 2015, and what organizers are hoping to do again this year, in only the second year of the show. In fact for this year’s concert on Saturday, Dec. 3, the fundraising goal is to take in $40,000.

They’re part of the way there–tickets (at $50 each) are already sold out. What they need now are donations of silent auction items large and small, to help put them above last year’s tally.

What is Wilton Rocks for Food? It’s a concert for adults featuring Wilton-only performers, people who have other day jobs but in their off time love to perform. Some are in bands, some aren’t, but for this event they come together to raise a lot of money to benefit the Wilton Food Pantry and the CT Food Bank. Whatever is raised gets split evenly between the two.

“I like the fact that it’s local. It’s real, it’s a tangible, physical, immediate impact on our environment. There’s nothing wrong with cancer charities and other charities. But the whole vibe is local–it’s by Wilton, for Wilton, and surrounding communities with the CT Food Bank,” says Schlesinger, the Wilton resident who organizes the event every year.

He’s the house lead guitarist, along with being the guy who pulls everything together in a way to make sure everything that the event raises benefits the charities.

“For me the beauty is not just the fact that we raise a lot of money for a really good cause, and the fact that 100 percent raised goes to charity, something that I’m adamant about. It’s really important that people know, because a lot of time you hear, ‘a portion of the proceeds will go to charity,’ and then you find out 10 percent goes. But this is completely funded by me and a couple other friends who help me fund it, so that every dime from ticket sales to silent auction, to any donors who send checks, 100 percent goes to that charity,” he says.

Schlesinger is quick to credit everyone who is part of the effort.

“The cliche–oh it takes a lot of hard work… but there’s the other cliche–it takes a village. I can’t do it by myself. I do the legwork and the organizing, but I can’t do it without the musicians. I have almost 30 people in town who are willing to come to my house, rehearse, put in the time to learn the songs, spread the word, and they do it all on their own.”

“It’s amazing how many cool musicians we have living in our town. The core people are Dan Berg and Brennan Gildersleeve. Dan is the house bass player and Brennan is the house drummer.” He also mentions Brian Gruseke, Gerry Lee and Brian Fitzgerald as well as local bands like Wilton’s Bob’s Your Uncle as some of the musicians giving their time and having fun performing. Schlesinger keeps the performer list exclusive to Wilton residents. “I want it to be a Wilton event,” he adds.

In all, there will be 14 different singers and quite the variety, he says, playing mostly old school R&B, classic rock and modern rock, from the Grateful Dead to Bon Jovi. “It’s not an acoustic show and it’s all in the pop/rock vein. It’s an upbeat, danceable, rock concert. But it will vary because we have all these amazing varied singers, coming in and doing different things.” He promises lots of surprises, especially from some of those typical suburbanite types you’d never imagine getting up on stage.

Rich Cunningham from Ed’s Garage Doors has been a very big supporter, says Schlesinger, who also gives a special shoutout to Gerry Lee who not only gets about 100 bottles of wine donated each year, but he’s also one of those surprise rock stars onstage. “Wait until you see what he’s doing this year, it’s going to blow your mind, trust me.”

Which is what makes the night so successful, Schlesinger notes. “That’s at the core of the success of the event too…people you typically see on line at the Village Market or at the Lake Club, all of a sudden, when they take the stage and are superstar musicians putting on an amazing show, it’s mind-blowing.”

Everyone know they’re giving of themselves for a really good cause, and it’s something that really motivated Schlesinger to create the first concert and put it together for a second year.

“One of the reasons why is because it’s such a basic human need. How the hell in the richest country in the world, are so many people still unable to afford to eat? It’s just an obvious need, and it particularly has such an impact on children who can’t eat. And the stress it must cause a parent to not be able to feed their child. It’s just basic human dignity and it’s our job to make sure people can eat,” he says, adding, “There’s so much whining and complaining. To me, it’s a moment where it’s fun, it’s a good cause and you can feel good about yourself doing something to help others. And it’s a great event.”

Surprisingly, Schlesinger has had a hard time getting donations from local businesses. Granted, the Wilton business community gets asked for help all the time, and they do support the many worthy efforts throughout the year. He would just prefer to find more businesses and individuals willing to help support the effort.

“The hardest part for me is the fundraising because I’m effectively doing it on my own. There’s no committee out there, it’s me doing it on my own and posting on Facebook and getting support from people who buy tickets.”

What would help Schlesinger at this point would be additional donations of items for the silent auction or people willing to write a check that’s larger than just covering the price of a ticket. “Checks are made out directly to the recipients–Wilton Social Services or the CT Food Bank–nobody makes a check out to me. It’s easy for taxes and there’s no concern where this money is going,” he says.

And donors get satisfaction that they’re doing a good thing. “It’s really one of the best things people can do in Wilton all year,” Schlesinger adds.

To contact Schlesinger with silent auction donations and contributions, reach him via email. To donate directly to the fundraising effort, visit the Wilton Rocks for Food website.