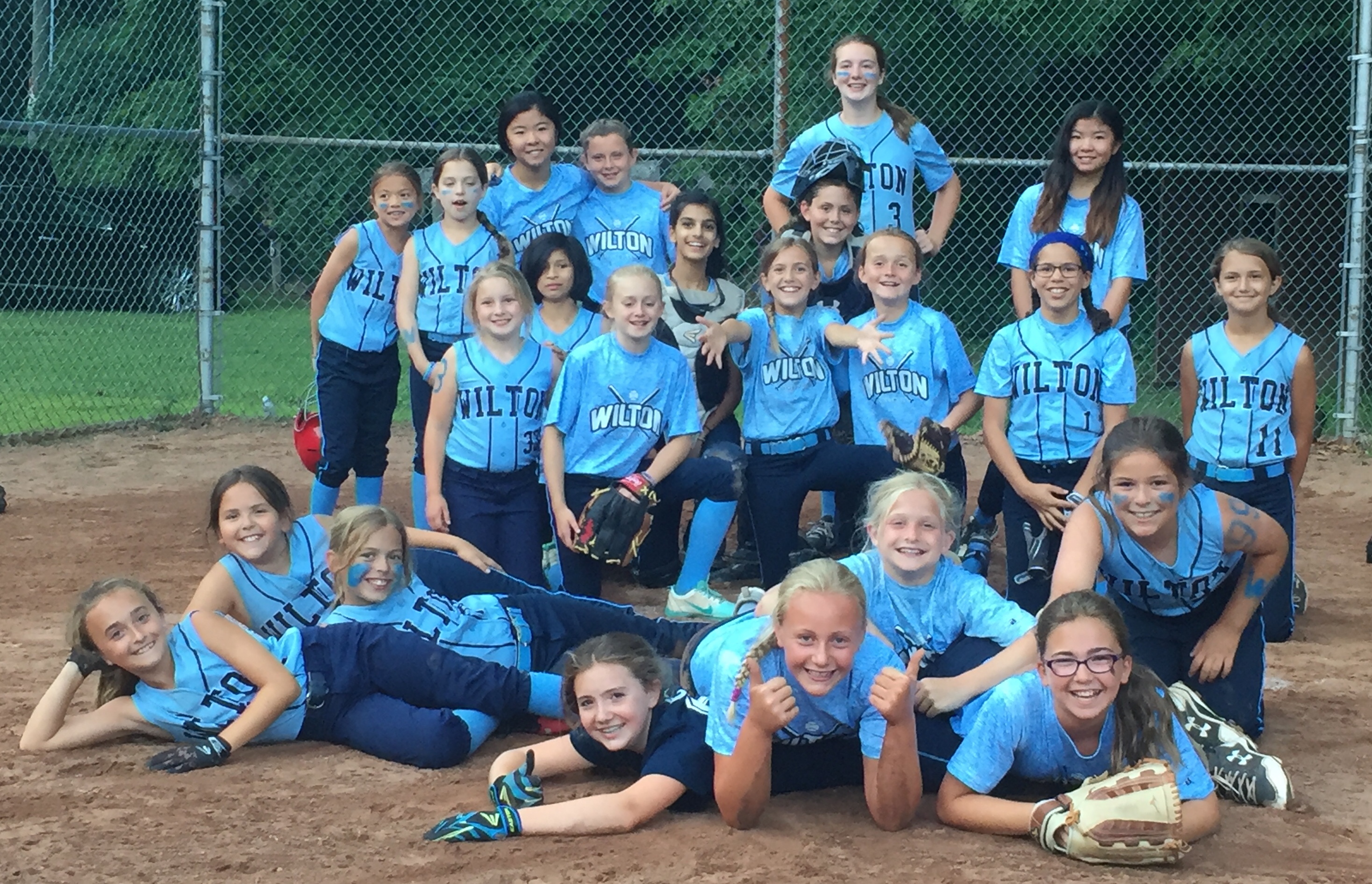 Wilton Softball continues on in summer play as several teams are participating in this weekend’s Fairfield County Fast Pitch Softball (FCFSL) Tournament. Some of the games will be held in Wilton, which is hosting the 10U FCFSL games, as 13 10U teams will invade Middlebrook fields Thursday through Sunday, July 26-29.

Wilton Baseball and Softball Association (WBSA) has two teams playing at the event:  the 10U Blue team, 21-10-1 on the season and winners of the Ridgefield Sunrise Cottage Tournament and runner-up in the East Hartford Fast Pitch Frenzy Tournament; and the 10U White team, 0-5 at the start of the season and now 7-20-1 after the mid-season coaching addition of former WHS stand out Lizette Roman-Johnston. The combined teams are pictured above.

Wilton’s 12U and 14U teams are also competing in the FCFSL tournament this weekend in their respective age brackets. Their games are being played in Southbury.

For this weekend’s competition play in Wilton, all 36 games will be played on fields at Middlebrook School, Cider Mill and the Wilton High School Varsity field. The concession stand at Middlebrook will be open during the tournament as well.