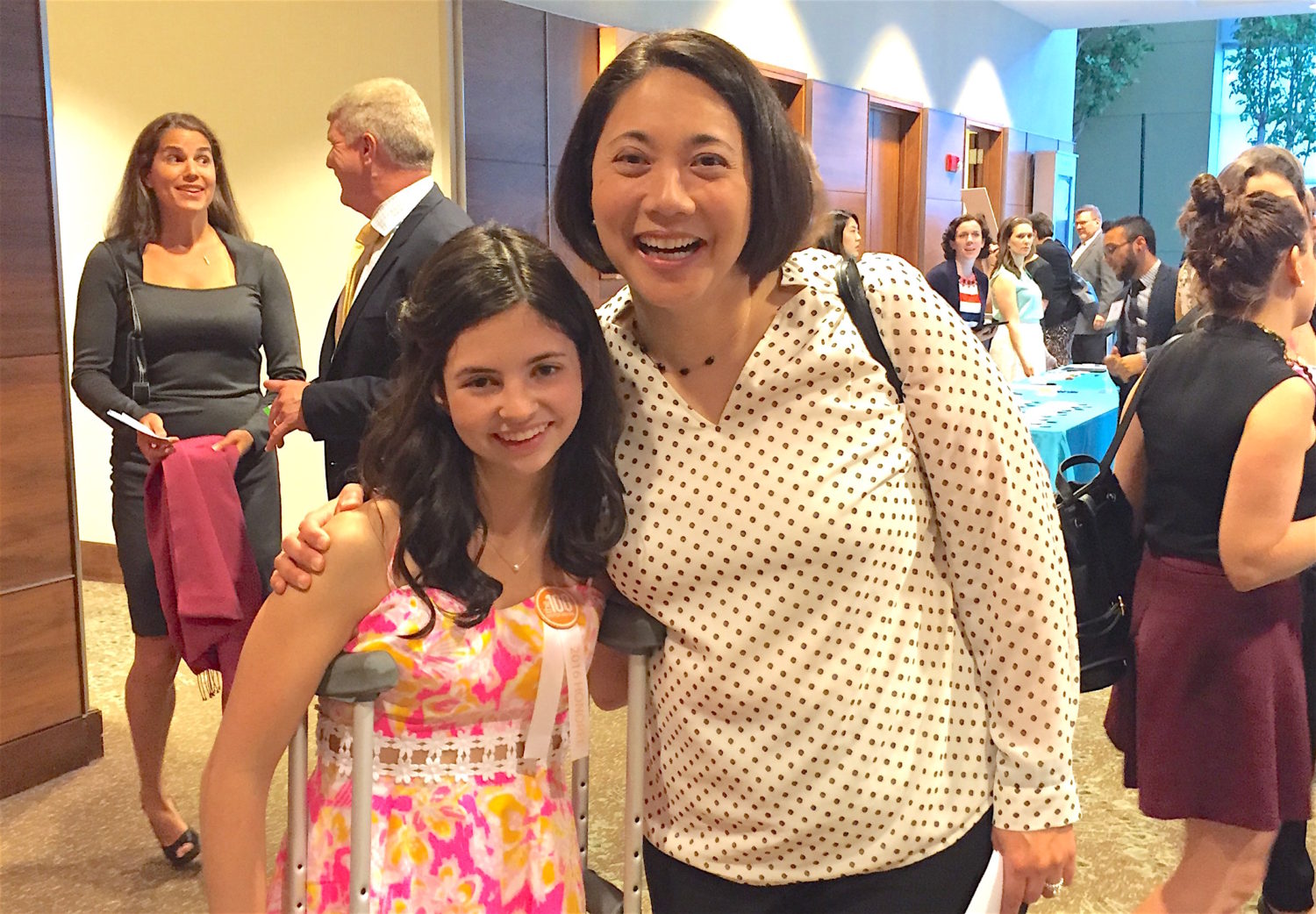 Devyn Casey is a Wilton teen who found inspiration in the challenges and adventure of the TV show, “The Amazing Race.” But now in the second year of hosting an Amazing Race-themed fundraiser to raise money for Massachusetts General Hospital lung cancer research, it’s clear that at just 14 years old, Devyn Casey is more amazing than any race could ever be, and that she has only begun to show the world just how inspiring she herself is.

Last summer, she created the Amazing Race to Find a Cure event in memory of her beloved grandfather, Jack “Papa” Casey, who battled lung cancer for several years, but succumbed to the disease in 2013.

Her idea was simple:  create a fun scavenger hunt race around Wilton inspired by one of her favorite TV shows, “The Amazing Race,” and raise money through the entry fee that teams of her friends would pay to take part. She hoped to make her modest goal of raising $400. Instead, Devyn’s ‘simple’ idea generated more than $3,500 as she inspired other young people to get involved and touched off an interest among the network of people she and her parents knew.

At the heart of her effort to raise money, though, was a very simple, heart-felt wish of a grandchild:  “My hope is that this race will raise funds and awareness so that kids like me are able to have a long lasting relationship with their grandparents.”

Devyn was recognized for her incredible effort by Massachusetts General Hospital–they named her one of their “one hundred” in 2016, recognizing her as one of “100 Everyday Amazing individuals and groups — caregivers, researchers, philanthropists, advocates and volunteers from around the globe — whose commitment to the fight against cancer inspires us all to take action.”

As she kicks off her second annual Amazing Race to Find a Cure in Wilton on Saturday, Sept. 10 (5-9:30 p.m.), Devyn hopes more people than last year will consider participating and she’s aiming for a higher fundraising goal. Teams can enter for just $80 each (and $10 more for pizza from The Colony Pizza Truck after the race). Just like the TV show, each team will be required to solve a number of clues and perform various challenges. At each challenge location, there will be “station manager” who will oversee each challenge to successful completion. Upon completion, the station manger will provide your team with the next clue. The first team to complete all of the challenges and reach the finish line will be crowned the champion and receive their prize.

People can participate as by putting together a team and racing or by volunteering. All information is available on the Amazing Race to Find a Cure website.

We asked Devyn to write her own article, asking her to reflect personally on what was behind her motivation and what she learned last year about being able to make her own mark on the world by being selfless and helping others. We had an inkling that her own personal take would be more meaningful and powerful than anything we could ever convey in an interview, and we were right. In Devyn’s own words:

Hope is defined differently for everyone. To some, it is a desire; for others it is a belief; for many, it can be a want. However, for people fighting cancer, hope is also a need.

The main reason I have been able to make all of this happen is because of my parents. Thanks to them, I have been able to make the race happen. My mom and dad have helped me create the race and supported me with it since I started planning last summer. We have gotten closer since the race started and they have encouraged me to believe that I can make a difference. I know I can make life better for people and make my mark in the world by helping patients like my grandfather. I know that by donating I can make their lives better and improve research.

With this much passion for the fight against cancer I hope to raise even more money for MGH this year. Please help me by signing up a team or by donating.