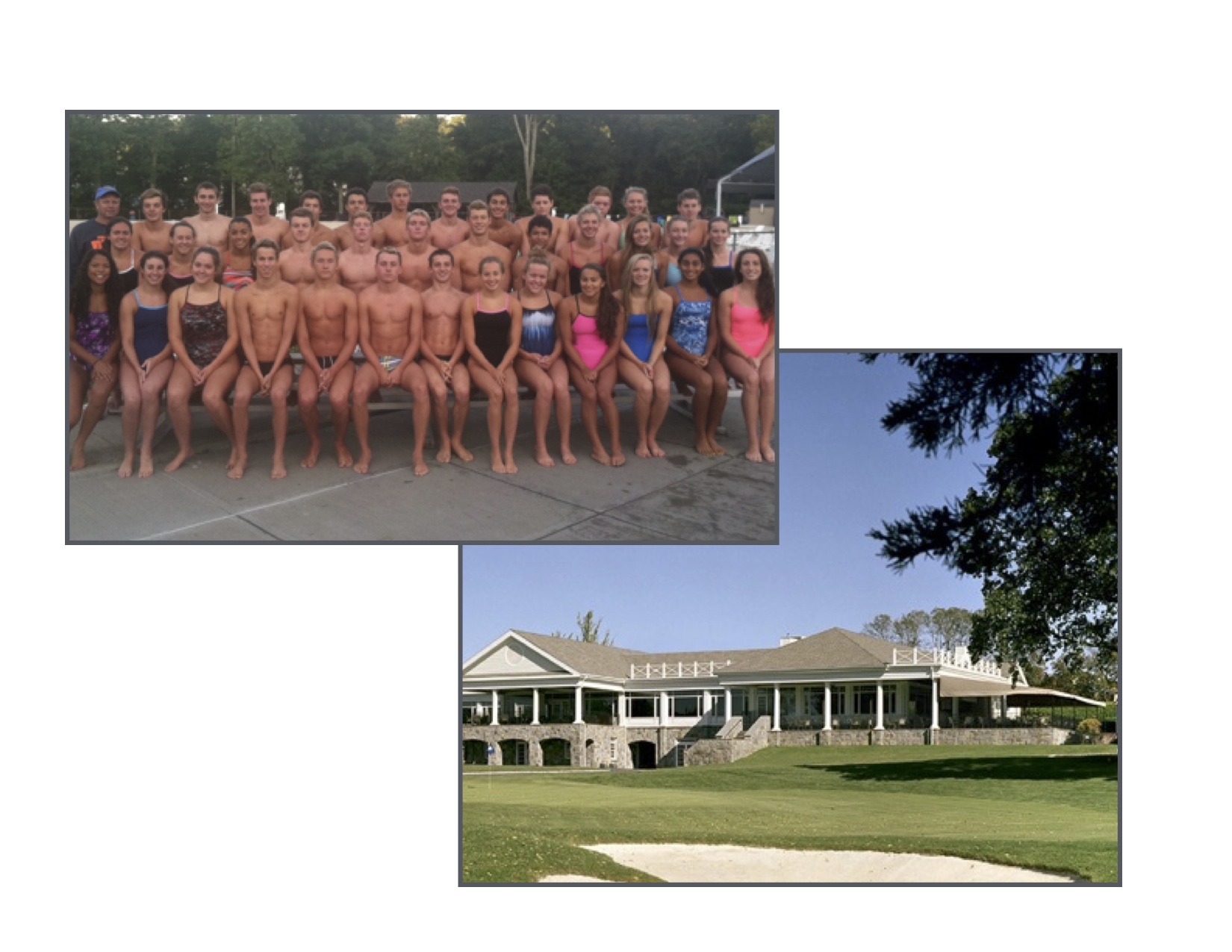 About 1,500 swimmers from 130 YMCA teams throughout the country participate in the meet, with over 200 volunteers assisting. The Wahoos hold multiple national championships for both long and short course competitions. The Summer Nationals meet runs Monday – Friday with preliminaries at 8:30 a.m. and finals at 5:30 p.m.. Follow the Wahoos through the live feed of the meet on www.ymcaswimminganddiving.org.

Spectators are welcome and admission is free. Parking is available at the Ambler Farm soccer fields parking lot just past Ambler Farm on Hurlbutt Street.

Rolling Hills Country Club, established in 1961, is located on property that was once part of the historic Ambler Farm. This sprawling parcel of land is distinguished by its scenic rolling hills, which inspired the club’s name. The course was originally designed by Alfred Tull in 1960 and was renovated by Roger Rulewich in 2002.

The Connecticut State Golf Association awarded Rolling Hills Country Club with the 2011 Distinguished Club Award in honor of its 50th anniversary and longtime support of the association as a member in good standing and host of competitions. In addition, Rolling Hills Country Club’s head golf professional, Ray Ford, was honored by the Metropolitan PGA with the Patriot Award in 2013 for his work raising funds for The Folds of Honor Foundation through two successful Pro-Ams.