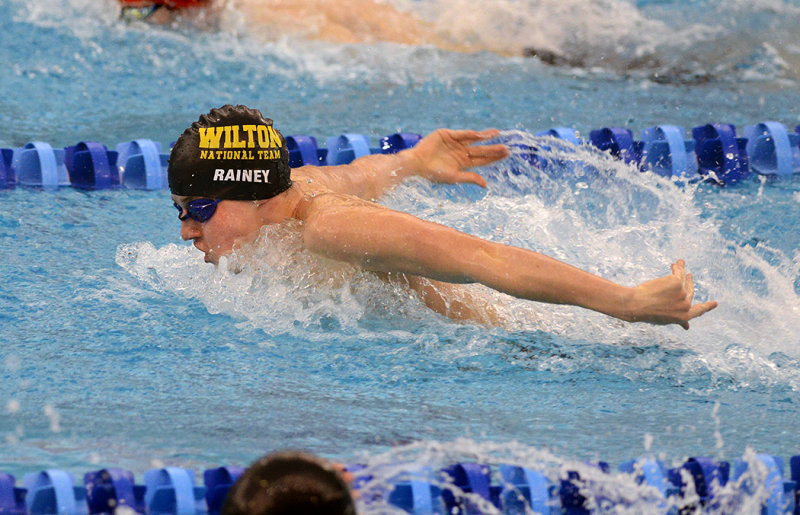 In addition, David Gelfand, a junior at Weston High School, will be attending the largest Paralympic trials in U.S. history, being held June 29–July 2 in Charlotte, NC.

One Wilton Y Wahoo already knows he’ll be swimming at the 2016 Olympic Games—Noah Macoll-Gomes, a high school junior from Astoria Queens at the Academy of American Studies, Queens, NY, will be representing his country, Antigua, in Rio de Janeiro.

Wilton Y Wahoo swimmers come from over 22 towns in southwestern Connecticut, Westchester County, and New York City. There have been 25 Wahoos who have competed at Olympic Trials, including 1988 Olympic silver medalist Janel Jorgensen.

“We are so proud of the accomplishments over the decades of the Wilton Y Wahoos,” said Bob McDowell, CEO of the Riverbrook Regional YMCA. “Coach Randy and his team have achieved a reputation for excellence recognized across the United States enabling our swimmers to grow as individuals, achieve their goals as swimmers and expand their potential in a nurturing environment where teamwork is valued.”

The Wilton Y Wahoo Swim Team was founded in 1972 as an Age Group program and rapidly developed into a regional contender. In 1977 the team adopted the name Wahoos, the fastest game fish in the ocean, and our legacy of achievement in the national and international arenas began.