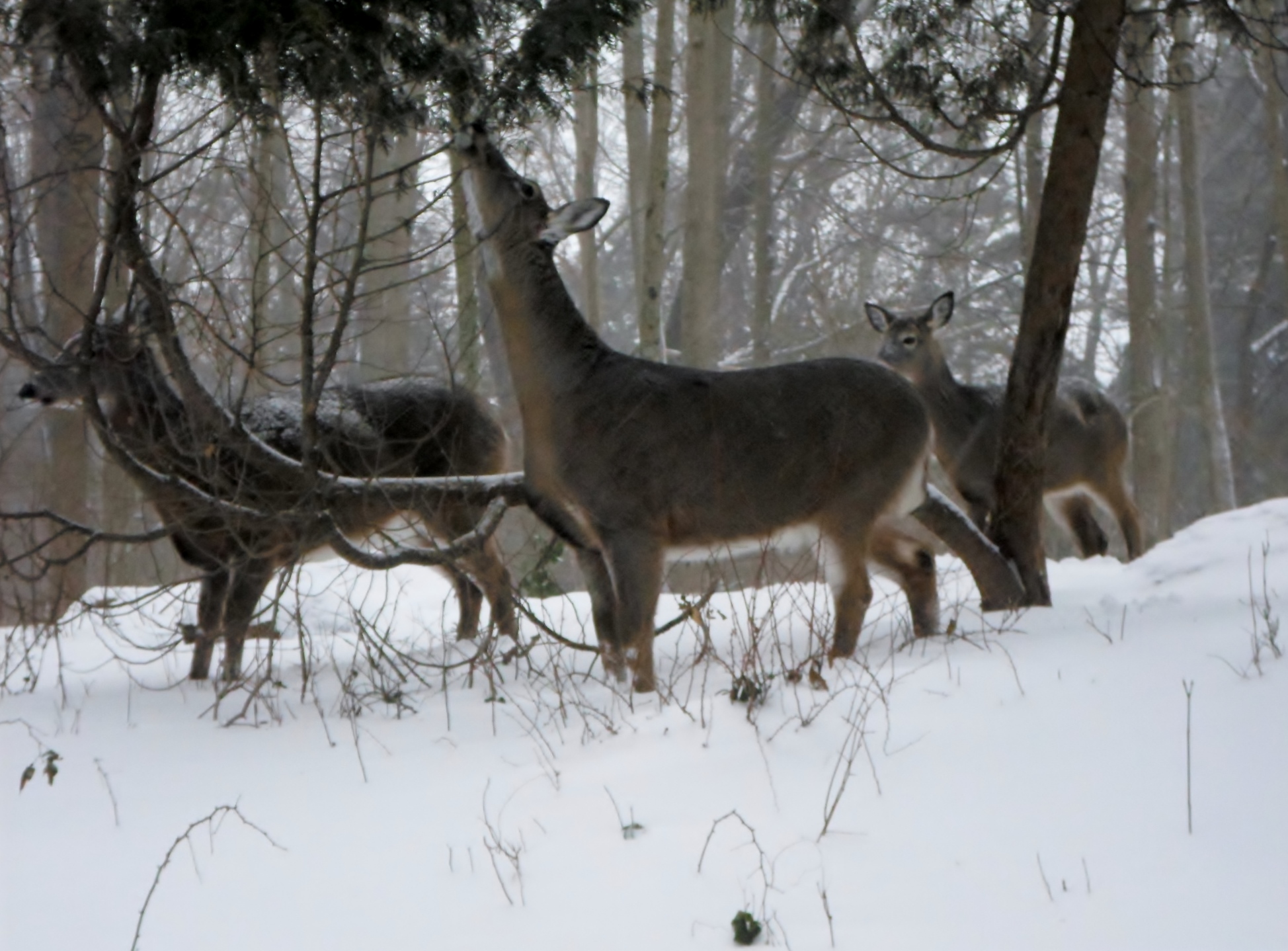 Wilton’s Deer Management Committee, which operates under the auspices of the Conservation Commission, has updated the plans for this year’s controlled deer hunt in Wilton.

Unchecked, say state and local officials, the overpopulation of deer results in significant damage to ecosystems, increased prevalence of tick-borne diseases, and many serious car accidents.

If the draft plan is approved by the Board of Selectmen (BOS), the hunt will take place starting in mid-September in the following locations (note that all locations will be closed to the public during the hunt period):

All of the above locations have been used for the controlled hunt in previous years. No new properties were added to the hunt this year.  One parcel at 80 Middlebrook Farm was eliminated after a new safety concern was raised.

Questions about specific locations should be directed to the Environmental Affairs Department.

Understandably, some residents may be concerned. Hunt areas are often in residential neighborhoods and, depending on the specific site, hunters may use archery, a muzzleloader or shotgun/rifle.

Mike Russnok, chair of the Deer Management Committee, wants residents to know the committee is comprised of not just a group of hunting enthusiasts, but “a broad array of people to ensure that we consider various points of view,” he said.

Hunt locations are chosen to minimize the impact on residents, namely in favor of locations where human foot traffic is low (or non-existent).

Russnok told GMW the top priority is safety. “While we will never be able to satisfy everyone nor will we ever change the views of a person that isn’t in favor of hunting, we take as many steps as possible to have a safe hunt. Safety is our number one priority and we vet hunters to ensure that their level of experience and perspectives align with our views.”

“Controlled” is a key descriptor. According to both Conklin and Russnok, the hunt is very closely coordinated between the Environmental Affairs Department and the Wilton Police Department (WPD), which assigns a liaison officer for matters related to the hunt. Background checks are conducted for all hunters, and their vehicles are also registered with the WPD.

He also noted that “We have very little turnover with our hunters. That is great for the hunt and allows the hunters to really get to know the land, surrounding properties and establish relationships with neighbors.”

Conklin reported some opposition from residents in past hunts, but only rare instances of confrontation or interference. “When we explain it, people are usually receptive,” he said.

Conklin emphasized that Wilton’s controlled deer hunt has been “very successful” for many years. “We’ve not ever had an accident or safety-related issue,” he said. “This model has been adopted by many towns in Connecticut as well as different water companies.”

The 2021 plan drafted by the Deer Management Committee was approved by the town’s Conservation Commission at last week’s June 2 meeting.

According to Russnok, the plan will be reviewed by the BOS for final approval later this month. The Wilton Land Conservation Trust must also give approval.

Conklin noted that, at the request of the BOS, his department has done more outreach in recent years to residents in advance of the hunt, including residents who live up to 500 feet away from hunt areas and not just immediate neighbors.

More details of the draft plan, including hunt locations and schedule, may be found on the town website.

Answers to frequently asked questions, such as the benefits of controlling the deer population and hunting safety on private property, may be found on the town website.

Are your landscaping and gardening efforts being undermined by deer? The Deer Management Committee has posted a document with detailed lists of annuals, perennials, shrubs and trees that are most and least susceptible to deer browse damage.

Editor’s note—An earlier version of the story has been updated to reflect the following: the main image was changed from one that pictured a fawn to one that showed more mature deer because it is illegal in the state of CT to hunt a deer that is young enough to still have spots; it was also updated to include information regarding hunting on private property; finally, an editing error was corrected to better attribute information about deer overpopulation.

Waveny LifeCare Network- CarFit: Does Your Car Fit You?