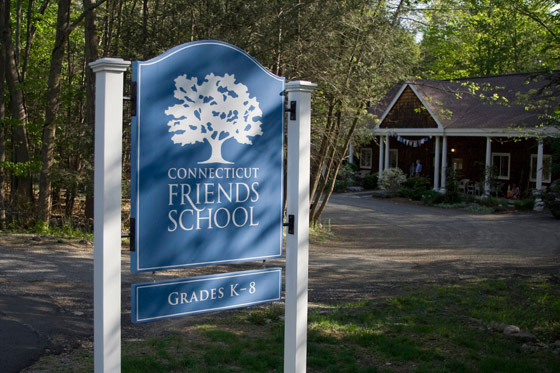 One of Wilton’s private schools has suddenly closed, leaving families whose children were students there saddened and in need of finding a place for their children in the fall when school begins again.

Up until last week, the CT Friends School was one of more than 300 Friends Schools in the United States with programs geared for both preschool children and kids in grades K-8. But when classes ended on Thursday, June 4, it was the last day for  the elementary and middle school program–for good.

“The school is closing,” confirmed Lesley Gyorsok, a Wilton parent whose two daughters attended CT Friends. “The preschool will stay though.”

She cited low enrollment and financial concerns as reasons for the closure.

“We were going to be at around 30 kids in the K-8 grade. With overhead, teacher salaries, insurance, you can’t make it work with just that,” Gyorsok added.

The curriculum was based on Quaker teachings and philosophies, although the school is not a religious one. It offered a unique option for families looking for an alternative approach to school. The most well-known Friends school is Sidwell Friends in Washington, DC, which is the school President Obama‘s daughters attend, as did Chelsea Clinton.

According to Gyorsok, it was definitely an announcement that saddened and upset parents and children alike. “Parents are reacting with a range of emotions. There’s a group that wants to start a home school, and they’re looking at options. There are families from all over–Norwalk, Stamford, New York. At this point, it’s late to contact private schools for admission.”

The school’s website already reflects the change in focus, with most of the online information covering just the preschool.