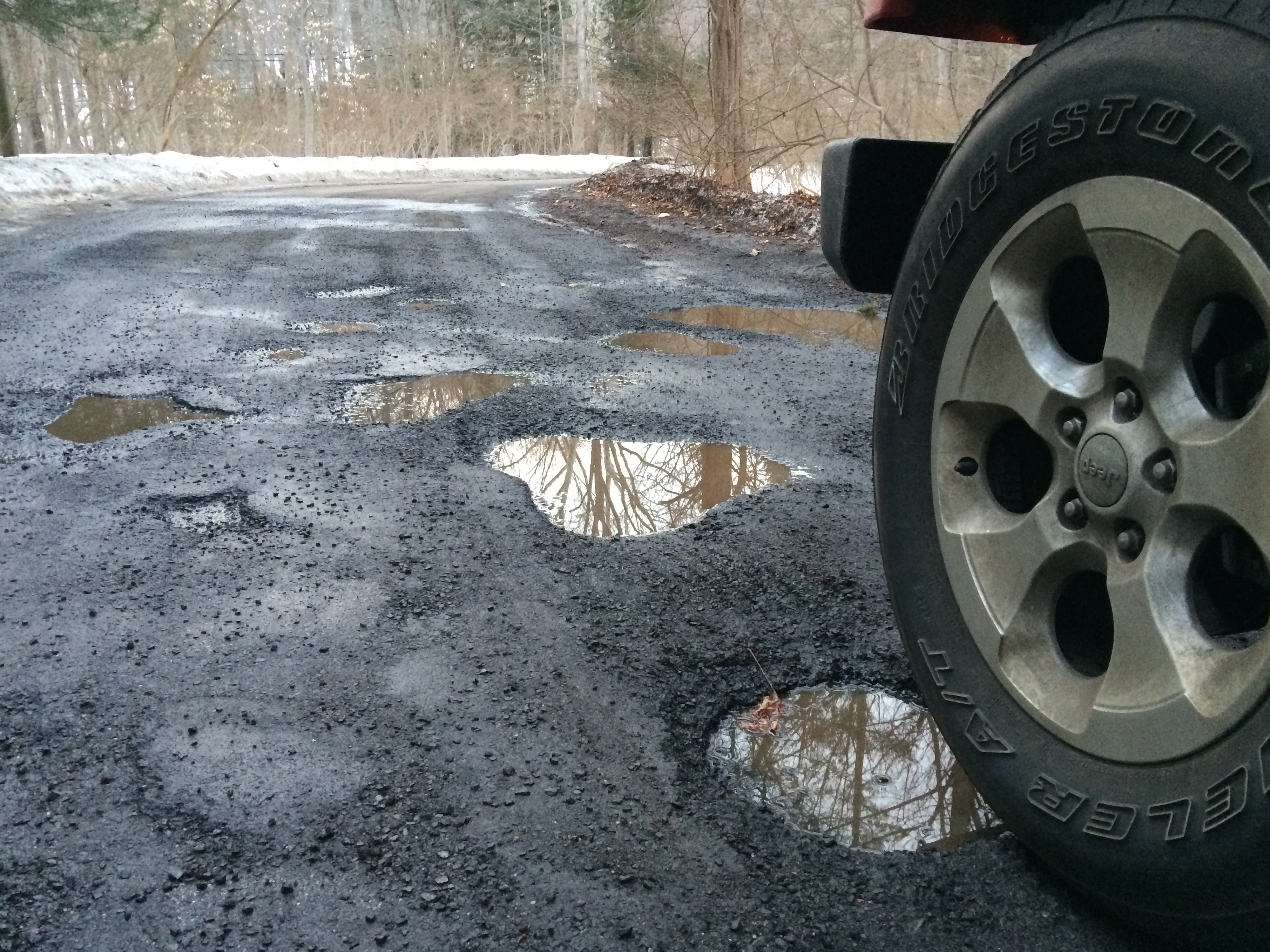 Wilton has gone hi-tech to figure out which town roads are most in need of repaving and repair. Now, following a digital scan conducted this past June on all 130 miles of town roads, officials are better equipped to see which roads need attention–stat!–and have shared the information online so residents can easily access it.

Officials turned to a company called Street Scan to help better understand the condition of each town road and prioritize how Wilton spends its road paving budget. Street Scan vehicles equipped with digital sensors drive along all of the roads in town measuring cracks and condition of the pavement. The company then rates the roads on a Pavement Condition Index (PCI), from ‘good’ to ‘definitely need attention.’

Previously, decisions on which 15 miles of roads to pave each year and when to pave them were through town employees’ subjective assessment. “We never really had knowledge of exactly what was happening underneath that road,” said First Selectwoman Lynne Vanderslice.

In a presentation at last week’s Board of Selectmen meeting, town engineer Frank Smeriglio explained the results of the recent scan. He showed a map prepared by Street Scan of all the roads in Wilton, color-coded by pavement condition. Roads in the yellow, red and orange categories need more attention, he said. Editor’s note:  Smeriglio noted that some town roads have been paved since this map was produced, so some of the roads that appear to need attention have already been repaved.

With the information collected, the town can now plan in a more efficient way.

“There are a lot of yellows, oranges and red [classified roads] that need attention. As you pick your 15 miles a year, you focus on the yellows, orange and reds …to prioritize,” Smeriglio said. But he also explained that planning involves consideration of proximity. “You have to group the roads together; you can’t just say, ‘Do all the red roads because they’re scattered around town.”

Street Scan only assessed town-owned roads; Smeriglio said the CT Department of Transportation has its own road scanning software to evaluate state roads.

Vanderslice said she calculated the percentages taking into account roads that were paved after June 1, and found 68% of Wilton roads are in the light green (good) and dark green (excellent) categories.

Smeriglio told the selectmen that to address all the roads classified as red, orange and yellow, and bring the overall average road PCI score to 85–the top of the range for ‘good’–would cost the town $13,433,112.

In a comment emailed to GMW following the meeting, Vanderslice explained that the town is on track to complete the town’s goals for paving 15 miles of town roads each year of a five-year plan.

“Included in the $13,433,112 is $200,000 for sealing cracks, so the paving amount is $13,233,112. As of June 1, the total of the unspent funds that have been approved through this fiscal year and those that are in the bonding and operating forecast for the remaining two years of paving 15 miles per year is $13,500,000. Therefore we are on target to meet the 85 score, meaning the increase in paving to 15 miles per year for 5 years which we began in FY2018 is on target to successfully meet the road condition goal of the plan.”

Smeriglio showed the selectmen a map showing the roads which Street Scan proposes Wilton address. He explained that, to ensure maximum efficiency, the town paves roads or road sections in clusters, and clusters could include one or more poor roads and an adjacent fair road on the verge of becoming poor.

Chris Burney, Wilton’s director of public works, explained how the program provides a consistent ability to measure the roads and not simply “rely on somebody’s feeling.”

“It’s just going to make us more accountable and better stewards of our resources,” he said.

Officials in the Department of Public Works have integrated the data collected with the town’s paving program. The town has provided information collected by Street Scan for residents to view on the town website, including:

The town is also changing the way it will present the annual paving program information to residents, to make it easier for residents to understand. Information will be listed on a calendar year basis, rather than a fiscal year basis. “In other words, if we are referring to the 2019 paving program, that means the roads paved or to be paved in calendar year 2019,” Vanderslice told GMW.