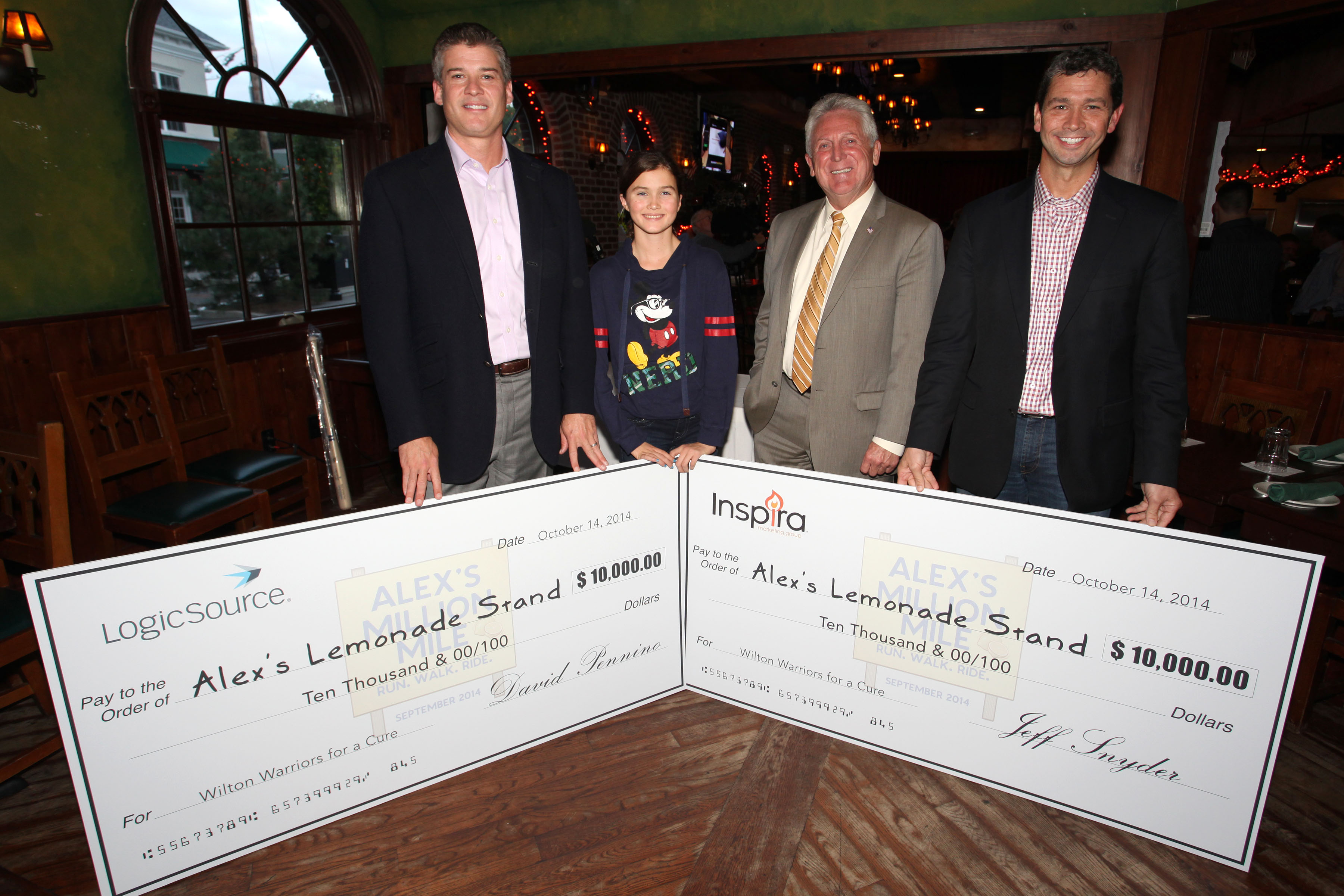 Last night, Wilton Warriors showed their might against a foe that doesn’t stand a chance–pediatric cancer–in the face of Warrior pride and will. The Wilton “Warriors for a Cure” team celebrated their efforts at an event celebrating them as the national fundraising champs in the Million Mile Run. Walk. Ride. for the Alex’s Lemonade Stand Foundation (ALSF), a pediatric cancer organization.

By raising $65,000 for ALSF, the Wilton-based team clinched the title of top fundraisers for the second year in a row. On Tuesday evening, Oct. 14, Norwalk mayor Harry Rilling joined team captain Jeff Snyder and David Pennino, both Wilton residents, as each of their businesses–Snyder’s Inspira Marketing Group and Pennino’s LogicSource–presented $10,000 checks to ALSF in support of Alex’s Million Mile Run. Walk. Ride. for pediatric cancer research and awareness.

Each company had pledged matching donations up to $10,000.

“Seeing the community come together to support such a critical cause is truly inspiring,” said Snyder, an ALSF board member and the founder and Chief Inspiration Officer at Inspira Marketing Group. Snyder’s daughter, Kennedy has battled cancer from an early age. “We know there’s a cure out there, and thanks in part to our dedicated team members and all those who logged mile after mile and donated their time and money to Alex’s Lemonade Stand Foundation, we’re going to find it.”

“I’m incredibly proud to say that we’re the top fundraising team in the country for the second year in a row,” said LogicSource CEO Pennino. “Every one of the 16,000 miles we logged as a team this year brings us closer to finding a cure for pediatric cancer. I’ve never been more excited to write a check.”

This year, participants from across the country logged nearly 900,000 miles in support of the 2014 Alex’s Million Mile Run. Walk. Ride.