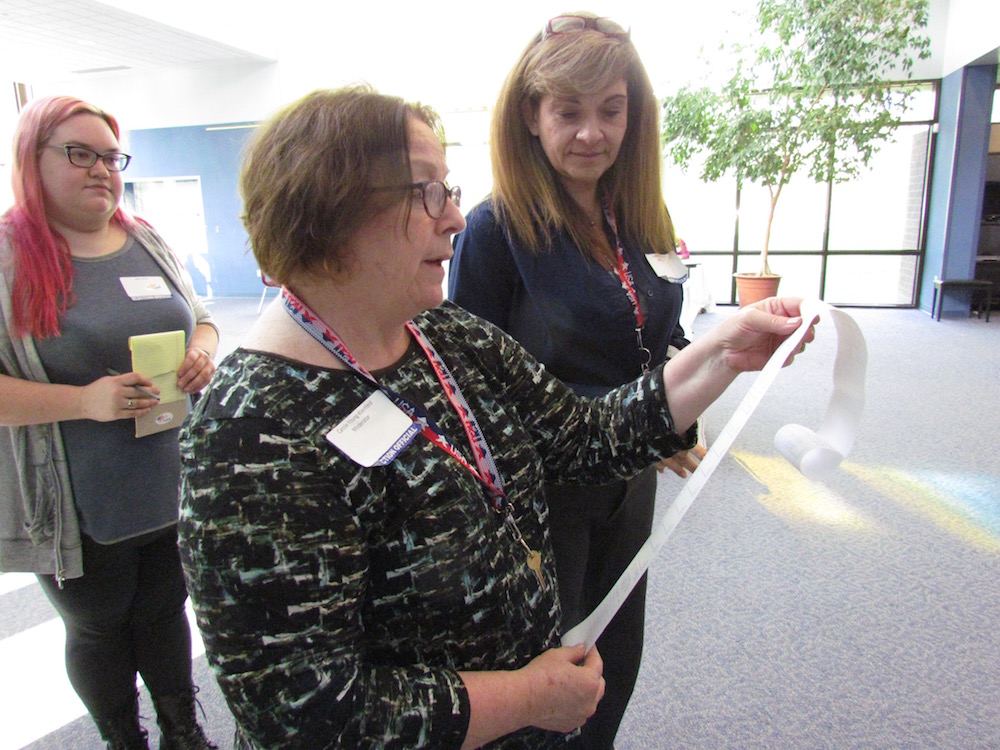 With just slightly more than the baseline 15-percent of voters turning out to the polls, Wilton residents have approved the town’s budget for FY-2018 by a vote of 1,184 approve to 827 against.

Following the Annual Town Meeting on Tuesday evening, May 2, and continued voting today, Saturday, May 6, there were 1,184 voters who voted in favor of the $126.8 million total overall operating budget, besting the 808 voters who said the budget proposed by town officials was too high (19 voters thought the budget was too low).

Although this year’s 16.2% voter turnout wasn’t as high as last year’s 18%, achieving more than a 15% voter turnout rate for the second year in a row is something that makes town officials happier than if the baseline didn’t get hit at all (even though voting didn’t cross the 15% threshold until the last hour of voting).

It also helps legitimize the voting result when the 15% minimum is met and surpassed. Consider that in each of the municipal budget votes of 2013, 2014 and 2015 the budgets automatically passed because less than 15% of eligible voters showed up; in the 2015 vote, the budget was actually defeated by voters but automatically passed anyway by default because only 11.5-percent of eligible voters turned out to the polls.

(All the same, as some readers noted, barely making it above the minimum threshold might not be something to celebrate too loudly, as it does reveal a good deal of voter apathy when around 85% of the eligible voters don’t cast their votes. But that’s a topic for another day…)

For FY-2018, there were also five bonding referendum questions on the ballot and here’s how Wilton voted. To pass, the vote required only a simple majority, without any baseline percentage of total voters. Each item is an appropriation of:

There were two questions on the ballot for voters to consider, and here’s how Wilton voted. To pass, the vote required only a simple majority, without any baseline percentage of total voters.

When polls closed at 6 p.m., first selectman Lynne Vanderslice was at the Clune Center for the posting of the results. She had this to say about the vote:  “I’m pleased with the results, particularly since we surpassed the 15% threshold.  Having stood outside the polls for the bulk of the day, it was clear that the voters reflected a cross section of the community.”

She continued:  “To the large number of people who voted against the funds for the police headquarters expansion, please know we heard you. The amount approved is viewed as spend-up-to and will only be expended if needed.”

Bruce Likly, chair of the Board of Education, said, “I am pleased that we surpassed the 15% threshold and that the budget passed comfortably based on the will of the voters. The Board of Education and Administration worked very hard to prepare a budget that achieved the level of excellence the citizens of Wilton have come to expect from our schools while recognizing the fiscal realities the Town is facing. Thank you to everyone who took the time to vote.”