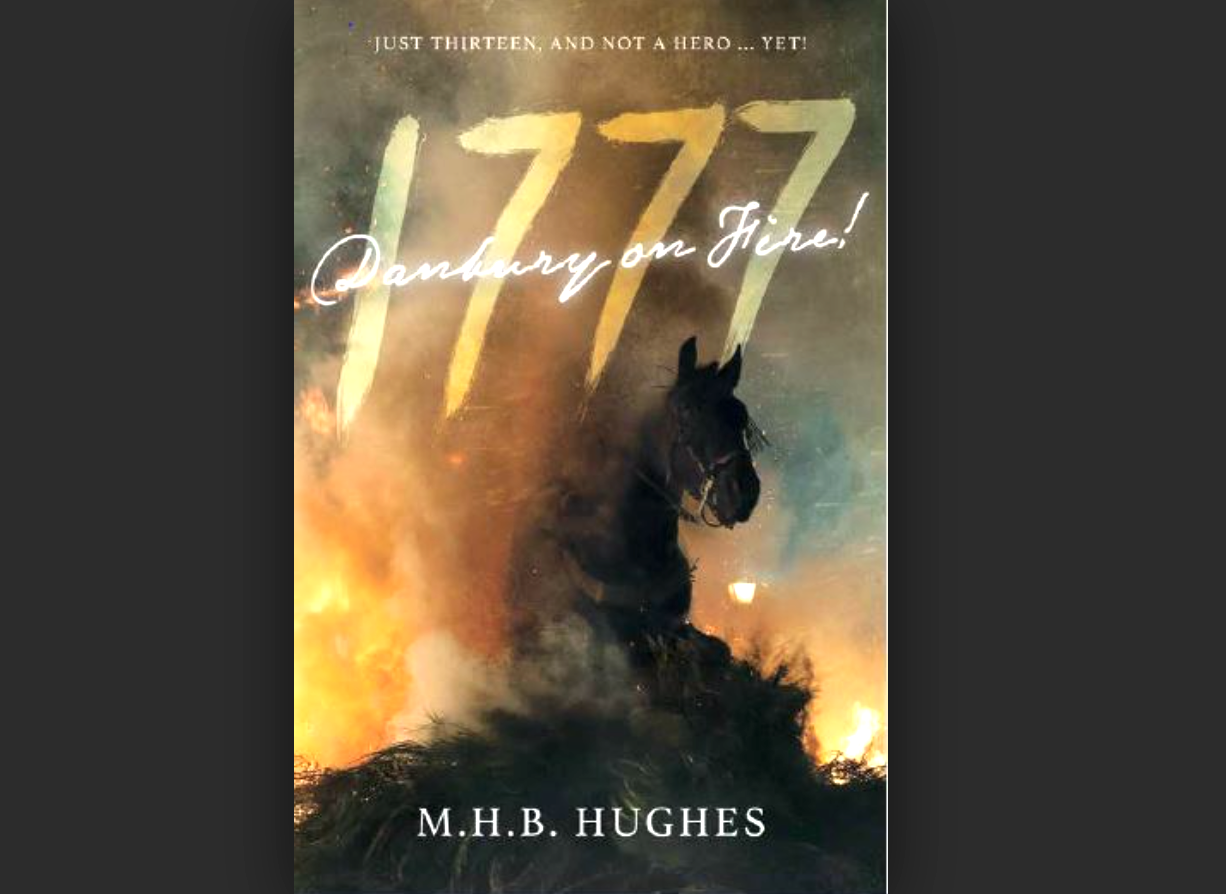 Is genealogy just a murder mystery starring your own family members? When a Hamilton, VA woman, Millicent Bell Hughes, uncovered her ancestors’ part played in Fairfield County’s role during the Revolutionary War, nothing remained except to write a novel about the 1777 British march from Norwalk to Danbury and “Tryon’s Raid.”

1777 – Danbury on Fire! relies on old documents and letters for accuracy. Hughes assigns the novel to “youths and historians.” (It’s Bob Russell-approved, says the author.)

In the old descriptions, Hughes met Lambert Lockwood, grandson of David Lambert of Lambert House (now owned by the Wilton Historical Society and housing The Historical Christmas Barn). The Lockwoods lived in Wilton until Elizabeth Lambert Lockwood died and Lambert’s father married a wealthy widow of Danbury. During the raid, the young Patriot rode to obtain gunpowder, but his horse ran away in Redding–mission so not accomplished!

Lockwood, a peripatetic charmer, features throughout the book, which is otherwise based on Capt. Silas Hamilton of Danbury, Hughes’ ancestor and a member of the Danbury Committee of Inspection–a tough bunch to deal with if you weren’t a Patriot.

As part of her research, Hughes spent a week in Danbury last summer with the Association for Gravestone Studies and attended Wilton Historical Society events.