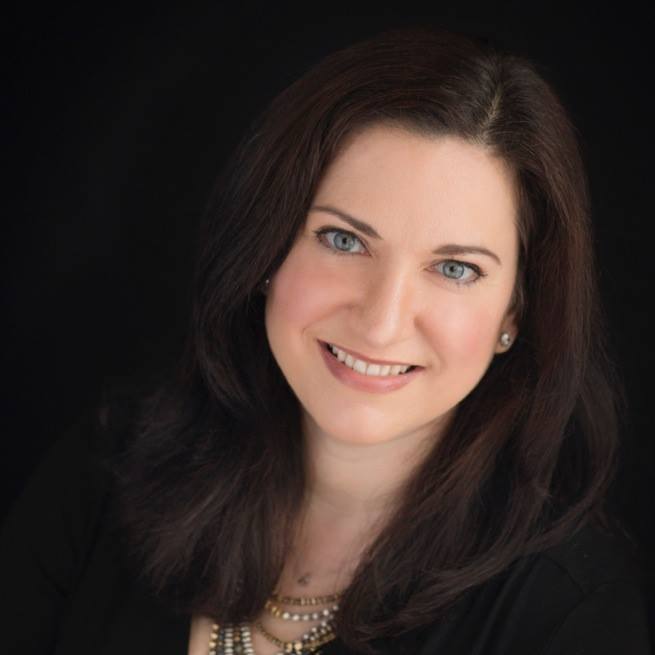 “I’ve always wanted to be a writer,” says Tara Thompson, a Wilton mom of three who once worked on Wall Street but is now a soon-to-be published author. Thompson has been juggling writing with a successful career and a family for 10 years, now finally achieving her goal of becoming a published author. Penthouse Player will be the first of her three-book romance novel series, Billionaire Bosses, to be published on Sept. 5 under her pen name, Tara Leigh.

A natural writer, Thompson has spent her entire life reading and writing, but only as hobbies.

“I went to school for finance and then I worked on Wall Street, and I was still writing a little bit. When I was at JP Morgan, I’d write this romance novel after everyone left. I’d stay in and just do it on my computer. But I didn’t know how to end it, I didn’t know story structure–it was just something I worked on,” she says.

Having a book published wasn’t in her foreseeable future, as she was busy becoming a successful businesswoman.

“Self-publishing wasn’t a thing yet. It just seemed so foreign, and I thought I’m never going to be a writer, so writing will just be something that I do for fun as a hobby, and I’ll just read voraciously,” she recalls.

Thompson left JP Morgan to get her MBA from Columbia University, where she met her husband, and then went to work with her parents running their interior design business.

“It was so nice to be my own boss. It was different–it wasn’t that crazy excitement, but nobody was telling me what to do,” Thompson says. Eventually as her family grew, she put her effort into becoming a stay-at-home-mom. “I had been working seven days a week for a long time, and it had just gotten to be such craziness, and I thought it just seemed really good to take care of the diapers and throw-up but also meet a girlfriend for lunch. I thought that could be really nice for a while. I thought, ‘All right, I guess I’ll have a baby!’

All the while, Thompson kept writing books into long documents on Microsoft Word.

“I wanted to do something fun for me and use my brain, but I didn’t want to have a boss, either. It was my way to get to do something I’ve always wanted to do, when I want to do it. I can stay in my pajamas all day, but then you go and meet other authors, and it’s fun. You can have a career that doesn’t have to go linear.”

Making the leap from hobby to profession required Thompson to turn it up a notch. She attended to a four-day book industry conference to learn about the world of publishing and how she might get involved in it, and afterward went to workshops on how to formulate a novel. That’s how she ended up pursuing agents, sending her manuscript out to publishers and receiving phenomenal feedback. Saint Martin’s Press, one of the top romance publishers in the industry, is publishing her series.

Penthouse Player tells the story of Tristan and Reina and their steamy romance on Wall Street. Just take a look at the jacket blurb:

“Abandoned by her mother and spurned by her father, Reina St. James is tired of being treated like a dirty little secret. It wasn’t easy making her way into the high-risk, high-reward Wall Street world ruled by financial kings and trust fund tyrants. But now that she’s got a stiletto-clad toe into one of the swankiest firms in Manhattan, Reina is determined to prove she’s more than just a pretty face hiding an ugly past. For Tristan Xavier Bettencourt IV, escaping the shadow cast by generations of family fortune has been difficult, and success hasn’t come without sacrifice. Tristan has always put business before pleasure… until Reina’s curved lips prove an invitation he can’t resist. Walking away from their explosive night together won’t be easy, even if the heat between them might consume both of their careers. Will Reina and Tristan risk everything by betting on each other?”

The next two books in the series are about other people in similar situations on Wall Street, instead of following the same couple through.

As for her writing process, Thompson believes in reading first.

“You have to figure out what you like so much about the books that you’re reading, and if you get enough of those, you can piece them together and you get the backbone of a story. And then it’s not fill in the blanks or connect the dots, but you need to find your voice and your tribe. I don’t believe in writer’s block. I feel like if you get writer’s block, then go read a good book, or watch a great movie, or do something to feed the voice inside your head. For me, if all I hear is my own voice, I’m sick of it by the time I’m writing it down.

Now that she’s reaching her goal of success, she has advice to share with other people who dream about writing a book. “I think a lot of women have an idea for a book in their head. And I think everyone has a story that they need to get out. Just because you’ve tried once and failed doesn’t mean you can’t try again. It took me ten years to get an agent and ten years to get a publishing deal. If one book doesn’t work, put it in a drawer and don’t give up. I think the biggest problem with people who write is that they write their great American novel, and then they stop writing. Send it out if you can, but then write the next one.”

The cover of Penthouse Player was just released; readers can look for the book when it’s released Sept. 5.