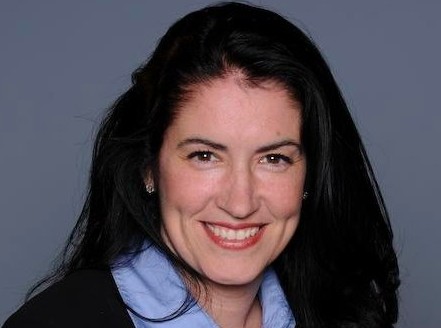 Wilton is losing one of its key town employees, with the surprise announcement that Town/School CFO Anne Kelly-Lenz has resigned. But the resignation may pave the way for a significant staffing change at Town Hall that town officials have considered in the past.

Kelly-Lenz’s last day will be Jan. 14. According to an agenda posted on the New Canaan town website, she has accepted a job as that town’s CFO, pending approval by the New Canaan Board of Selectmen.

Kelly-Lenz is highly-regarded by other town officials and has had the reputation of being excellent at her job from day one, starting around the same time as First Selectwoman Lynne Vanderslice took office in 2015. Kelly-Lenz eventually took on double duty, becoming the CFO for the Wilton Public Schools in addition to her responsibilities for the town.

In a statement sent to GOOD Morning Wilton, Vanderslice said that Wilton has been fortunate to have had Kelly-Lenz as CFO for the last six years, particularly during the pandemic.

“Anne has been at the forefront of much of the innovation and transformation of town government that occurred during that six-year time period, including the increase in online services and her promotion to CFO for both the Town and the Schools, a change that has resulted in more than one million in cumulative taxpayer savings and in improved departments. Wilton remains as one of the few municipalities in Connecticut with a shared CFO.

“As I have often said, many town employees performed “two jobs” during the pandemic, their regular job and their pandemic job. Anne was one of those employees. I needed to rely on her heavily as I performed my “two jobs”. She never let me or her fellow employees down.”

According to Vanderslice, Kelly-Lenz has offered to make herself available for assistance after her final day on Jan. 14, until the position is filled.

In addition to finding a replacement for Kelly-Lenz, Vanderslice said that her departure from Wilton may open up a new opportunity for the Board of Selectmen to consider a change in the town’s staffing. Vanderslice plans to ask the BOS members at their next meeting Tuesday, Jan. 4 to consider adding a town administrator position to the organizational chart.

In a very thorough presentation (posted online as part of the BOS agenda for Tuesday’s meeting), Vanderslice builds a case for why Wilton should consider having a town administrator.

In the presentation, Vanderslice says that a town administrator would “support the CFO and meet the increasing demands and expectations of the first selectperson,” — something first discussed by the board in 2019.

She lists how the job of the first selectperson has changed, especially during the last six years since she took office:

Then Vanderslice describes the scope of the job.

Vanderslice lists the surrounding towns that have Town Administrators or another full-time professional who serves a similar function, including New Canaan, Darien, Fairfield (has two), Greenwich, Westport and Weston. Only Ridgefield, Redding and Wilton do not.

Based on what those other towns pay, Vanderslice estimates that a town administrator’s salary would range from $185,000 to $205,000, which she suggests would be partially offset by reducing the first selectperson’s salary to reflect the reduced duties and time commitment and the administrator identifying budgetary cost savings elsewhere.

Among the long-term benefits the town would realize, Vanderslice says that a full-time town administrator would help provide continuity in government services, even with a change in the first selectperson; ensure professional management of the town; allow the first selectperson to focus on long-term strategic improvements and investments and advocacy; and expand who could run for first selectperson as the role would not require such expansive knowledge and skills and require less time.

Currently the first selectperson serves as Wilton’s Chief Executive and Chief Administrator. Connecticut state statutes make a distinction between a town manager, who would oversee the executive functions, and is different from what Vanderslice is advocating for, and a town administrator, who would assume the administrative duties, allowing the elected first selectperson to be the Chief Executive of the town.

Vanderslice will make her full presentation at the Board of Selectmen meeting on Tuesday evening, Jan. 4, at 7 p.m. Public Access to the meeting is only available via Zoom.