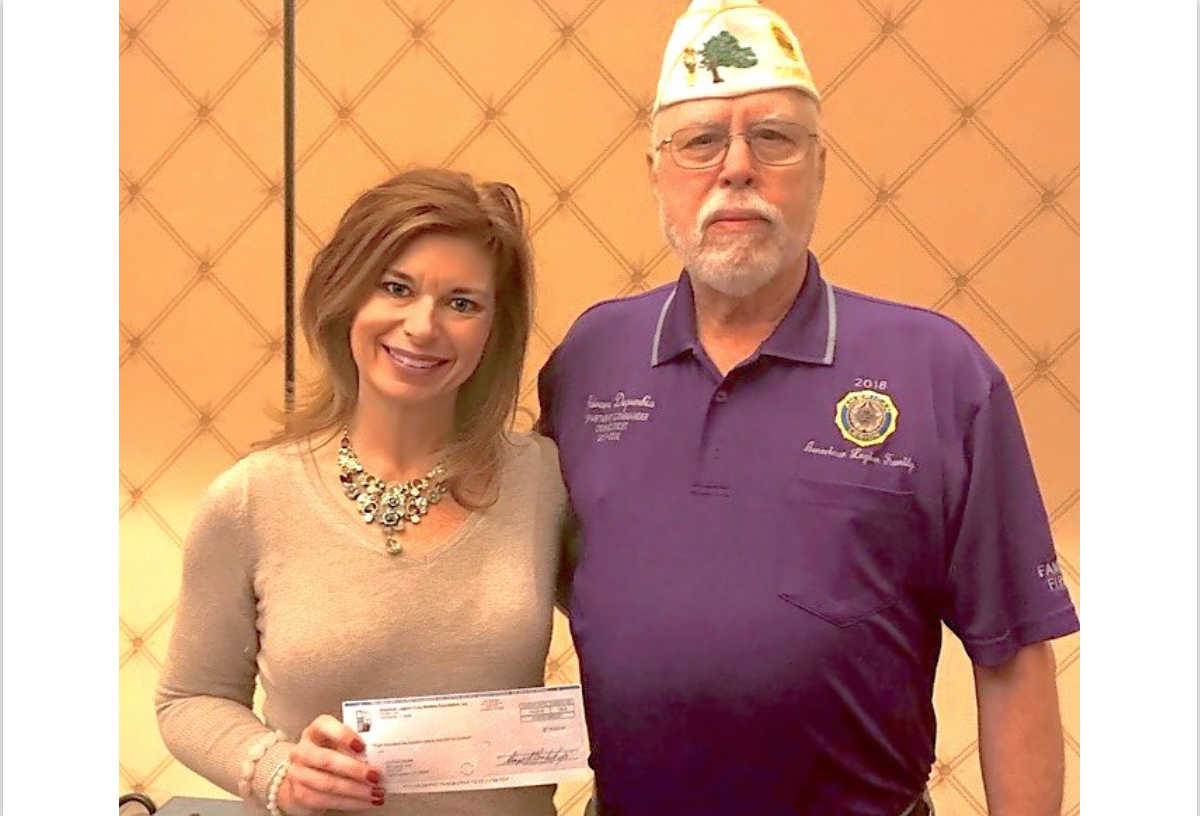 Last Saturday, Jan. 27, Wilton resident Alison Jacobson, the executive director of First Candle, attended the Mid-Winter Conference of the American Legion’s Connecticut Chapter, where she accepted the first half of a $16,000 Child Welfare Grant, on behalf of her organization.

First Candle is the national non-profit headquartered in Fairfield County whose mission is to eliminate Sudden Infant Death Syndrome and accidental suffocation through education and research while providing bereavement support to those families who have experienced a loss. The American Legion awards this grant to organizations that contribute to the physical, mental, emotional and spiritual welfare of children and youth by aiding progress in the field of child welfare through dissemination of knowledge about research, studies, surveys, projects, or by supporting programs and activities benefiting the welfare of children and youth.

SIDS is still the leading cause of death for babies one month to one year of age and in CT the rate along with accidental suffocation is higher than the national average. Additionally, the rates are two- to three times higher among lower socio-economic families, particularly African-American and Hispanic. Experts attribute this disparity to the lack of resources and education available to this community. There has been a lack of recognition on the part of health care providers and educators that cultural, economic and societal factors impede the adoption of the recommendations.

To address the disparity and reach the most vulnerable populations, First Candle has launched the “Straight Talk for Infant Safe Sleep Campaign.” The first part of the initiative is aimed at training local community partners (public health nurses, social workers, clergy and daycare providers) on safe sleep guidelines and teaching them how to engage in a dialogue with parents on their obstacles and objections surrounding safe sleep.

The second part is a Parent Workshop where the trainers host new and expecting parents for an interactive session on safe sleep and the importance of breastfeeding. Discussions on cultural beliefs, logistical challenges and developing the self-confidence to insist on back sleeping for anyone watching their baby are addressed. Parents are also provided with portable cribs, wearable blankets, pacifiers and other products to help promote safe sleep.

“We are thrilled to be the recipient of this grant and with these funds we will be hosting Straight Talk for Infant Safe Sleep training sessions for daycare providers around the country,” explains Jacobson. “The rate of SIDS and accidental suffocation is higher in the daycare setting, with the majority of deaths occurring the first week a baby attends daycare. Our program teaches daycare providers about the new safe sleep guidelines developed by The American Academy of Pediatrics and the reasons behind them. We also help them create a safe sleep contract with parents and address issues a parent might have regarding the guidelines. It is through the generosity of organizations like The American Legion that we will be able to significantly reduce the rate of SIDS and accidental suffocation in the United States.”