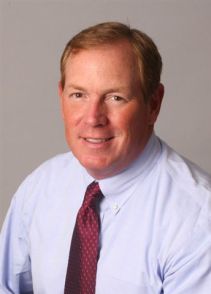 The following is “Notes from the Board Table,” the regular update from Bruce Likly, chairman of the Wilton Board of Education.

First, I want to say that we have been thrilled to receive two dozen or so emails from members of the community with regard to the 2016-17 school calendar, which is currently under consideration by the Board of Education.

But now I need to explain why, despite our desire to create a calendar that best meets the preferences of our community, we have very little flexibility to do so.

I can actually sum up the reason in three words:  State-mandated uniform calendar.  Granted, some may count that as four words…

In an action in 2014 that received very little media attention, the state legislature voted to establish “regional school calendars” throughout Connecticut, whereby each region would adopt the same calendar, with the same start date and vacation days. The idea behind the regional calendar is to allow certain districts – generally regional schools that service more than one town — to share transportation, professional development and other costs.

For Wilton and many of our surrounding towns, which do not share services on a broad scale for geographic reasons, the regional calendar is nothing more than another example of an unnecessary and impractical state mandate.

The State Department of Education has divided the state into six separate regions:

Thus, we are mandated to follow the calendar adopted by the Cooperative Educational Services region. As adopted by the state legislature, the uniform calendar was initially scheduled to take effect beginning with the 2014-15 school year.  However, after pushback from several districts – including Wilton – about the usurpation of local authority – legislators (including State Representative Gail Lavielle and State Senator Toni Boucher) were able to obtain a two-year postponement.

That postponement has expired and now we are faced with implementing a state-mandated school calendar beginning next fall.  Key provisions must include:

However, recognizing that some districts may have unique needs, the law grants five days of “flexibility,” that a district can use to accommodate its special circumstances.  In Wilton, over the next two years, we will most-likely use all five of our flex days (to start school after Labor Day) in order to help facilitate the Miller-Driscoll building project.

This means that for the 2016-17 and 2017-18 school years, Wilton will deviate from the rest of our CES region, in which students will start school before Labor Day.  This may impact our high school athletics start dates as well so we are looking at that.

Going forward, once the Miller-Driscoll project is complete, we may have an opportunity to exercise our five flex days to accommodate parent preferences with regard to starting date, vacation schedules and professional development days.

At our Board meeting last week, we voted to delay final approval on the 2016-17 calendar, so that superintendent Kevin Smith could have an opportunity to consult with some of the other superintendents in our region, to determine if there was any interest in making changes to the calendar. Dr. Smith did meet with his colleagues, and found limited interest in taking up the issue.

Dr. Smith has recommended that we accept the calendar as it is currently proposed (a copy of which is posted on the district website).

[Editor’s note:  an earlier version of this column included a link to an incorrect calendar, as the proposed calendar in question was not on the district’s website. The Board of Education has since corrected the link, and the website link above now connects through to the proposed calendar.]

The topic will come before the Board again, at our Jan. 28 meeting. At that time we will consider any possible “tweaks” that could be made, but sadly it is not possible to make the substantive changes some have suggested.

For those residents who feel strongly about maintaining a post-Labor Day start time, or about the timing of our scheduled vacation breaks, I urge you to make your opinions known to our state representatives, and also to Gov. Malloy. As I mentioned, Wilton’s Rep. Lavielle and Sen. Boucher have done a commendable job in opposing this blatant intrusion into our local school system. Unfortunately though, a majority of lawmakers see this as a “Fairfield County” issue, and while they are pleased to take our tax dollars, they appear unwilling to relinquish their own opinions on this matter.