Home Community Bd. of Ed “Notes from the Board Table”: Very Tight Budget... 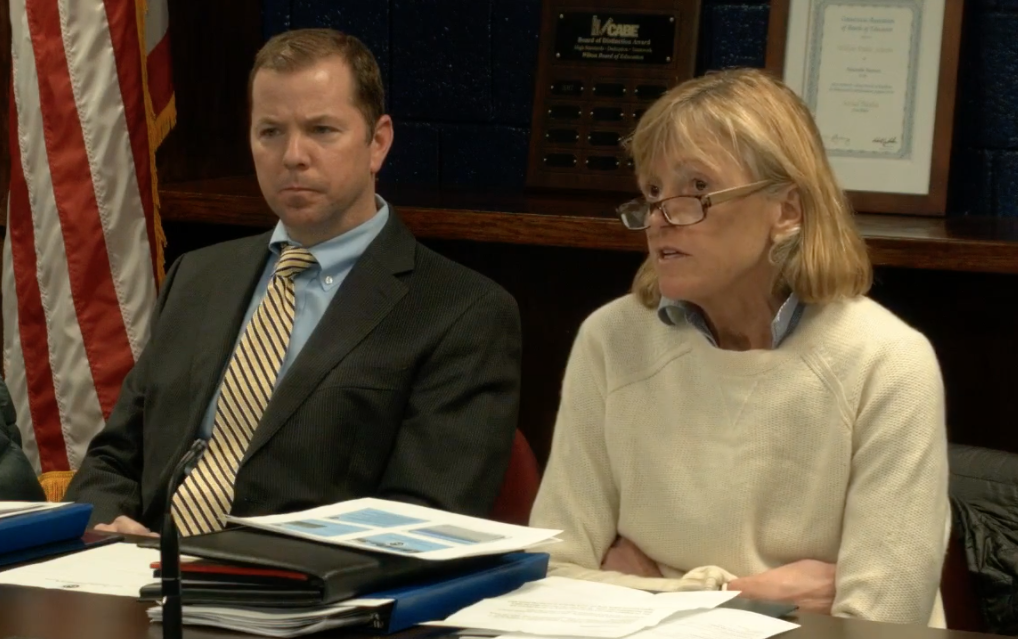 The following is “Notes from the Board Table,” the regular update from Christine Finkelstein, chairman of the Wilton Board of Education.

When the process for building the 2018-19 school operating budget began last fall, principals and administrators put together a first draft that called for a nearly 8% increase in spending. Eight percent.

That first draft included the funding necessary to maintain operational and staffing needs. It also added spending for some new programs and purchases:  an expanded science program, for example, at Miller-Driscoll; updates to library collections across the schools; new furniture to replace badly-worn chairs and tables.

While those items could hardly be considered extravagant, each fell by the wayside as the budget deliberations progressed. After several weeks of painstaking review and revision, Superintendent Kevin Smith and his team settled on a proposed budget that calls for a 1.98% increase over current spending levels. That is the budget Superintendent Smith presented to the Board of Education last week, and that will be the focus of deliberation over the next few months.

The process gets underway this week with three “budget workshops,” during which we will hear from each principal and administrator about the decisions that went into building his or her portion of the budget. On Thursday, Jan. 25 at 7 p.m., Superintendent Smith will present the proposed budget to the community via a public hearing scheduled for the Middlebrook Auditorium. I encourage all members of the community to attend, and to feel free to ask questions and offer comments.

I have to say that, as budget deliberations get under way, there is a different feel this year. When Dr. Smith presented his budget to the Board last week, he expressed concern that the spending request was too low, that a 1.98% increase will not be sufficient to properly fund the schools and would leave us vulnerable should any unexpected situations arise.

In past years, Dr. Smith has expressed confidence that the budget would fully meet all spending needs. Hearing him express concern was an eye-opener, especially since the proposed 1.98% increase exceeds direction from the Board of Finance to limit the budget increase to no more than 1.0%.

You may recall that our current 2017-18 operating budget included a 0.0% increase over the previous year’s spending level.  And the year before that, spending increased by 0.77%. The proposed 2018-19 budget marks the fourth consecutive year in which spending increases have been less than 2.0%. It is possible we have reached the point where our penchant for cost cutting has started to inflict damage, and this is something the Board of Ed will carefully examine.

A few things to keep in mind as we begin our discussions:

As the Board goes about its work, we will be mindful of our number one priority:  Wilton’s students. The BOE will have many tough choices to make in the weeks to come, but I promise that every decision will be based on what’s best for student learning and achievement.

I hope to see a standing room only turnout on Thursday for Dr. Smith’s budget presentation.