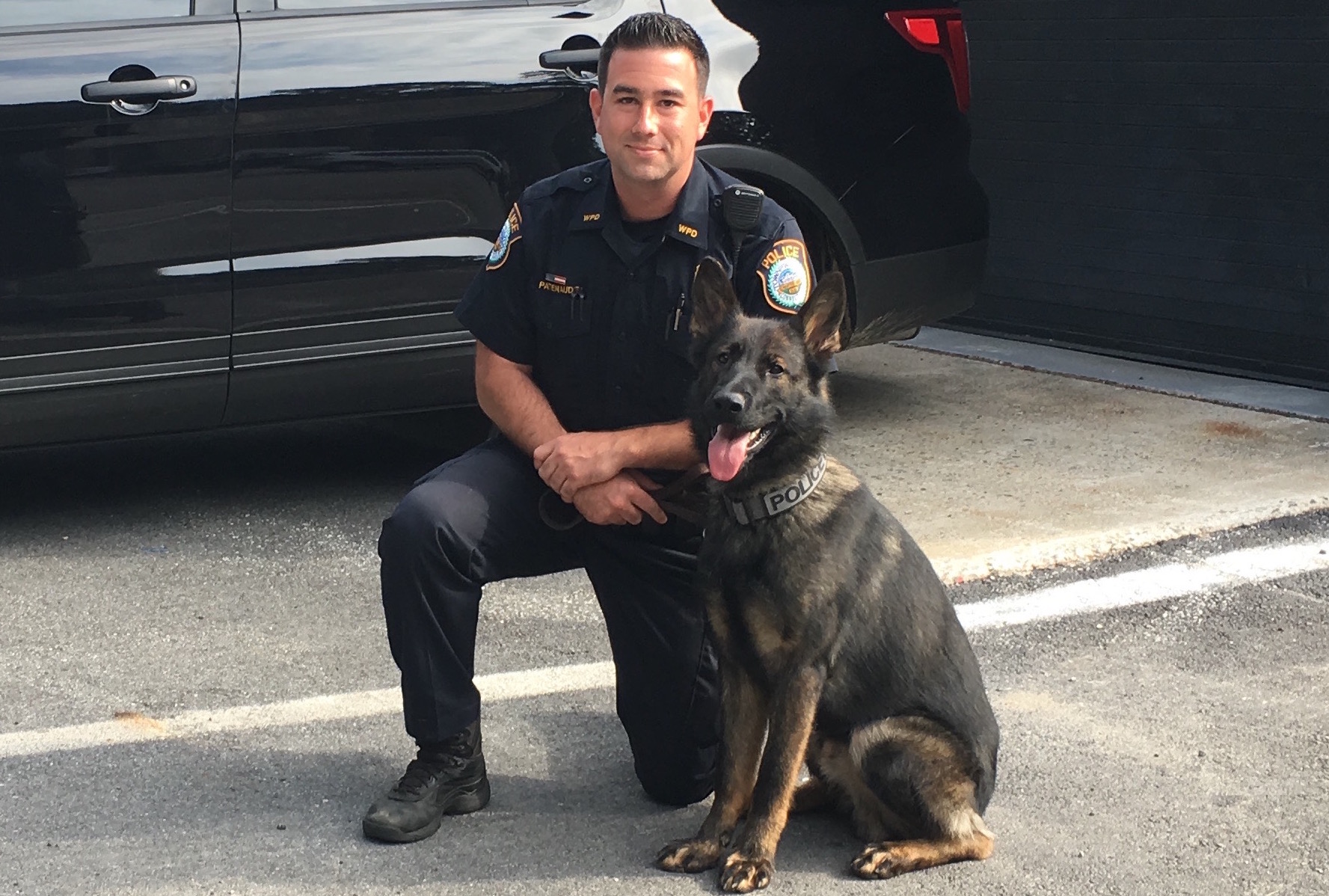 On Monday, Jan. 9, the ceremony at the Town Hall Annex Building paid tribute to the following contributors:

Other smaller donations were received totaling the remaining $1,500, which combined for a total of $24,514. Chief Robert Crosby noted that many of the individuals who made donations as part of that final $1,500 were Patenaud’s family and friends.

“When [former K-9 officer] Enzo left, we felt the void and we needed to replace that and we did, thanks to all the donations,” Crosby said.