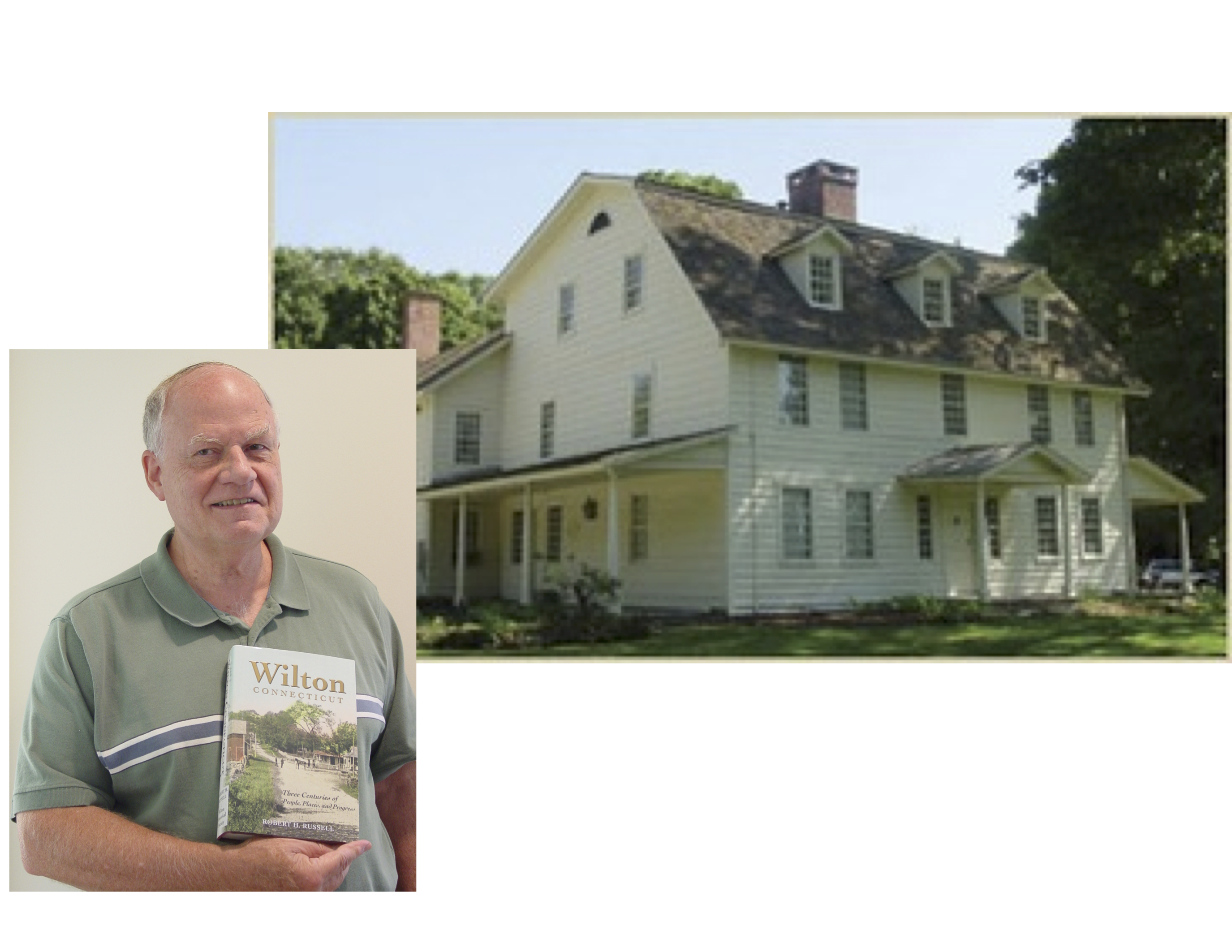 The popular Walking Tours of Lambert Corner are back! Former first selectman and Wilton historian Bob Russell will lead the first tour this Saturday, Sept. 27 at 11 a.m..

The tour this Saturday will be the first of a series of monthly walking tours of the Wilton Historical Society’s preserved Lambert Corner buildings. This hour-long guided tour includes the Lambert House, which was built on the site c. 1726, and eight other buildings that were moved there in order to preserve them. They are the Lambert Cottage, Kent District School, Hurlbutt Street Country Store & Post Office, Wilton Railroad Station, Davenport Barn, Cannon Family General Store, 18th century Cannon Family Corn Crib and the not-to-be-missed George Davenport Greek Revival Privy. The entire site comprises Historic District #1.

The buildings at Lambert Corner were moved to the site of the original Lambert homestead, know as “Lilacstead” at the intersection of Routes 7 and 33 over the past 40 years. Most of the buildings are now used as shops and offices. The Wilton Historical Society was a pioneer in what is now called adaptive re-use – historic structures which have been updated for contemporary use. The Society has rescued, in total, 17 buildings typical of a New England rural community on three campuses in Wilton, all visible from Route 7.

Russell, Wilton historian and author of Wilton, Connecticut: Three Centuries of People, Places, and Progress, will share some of the interesting stories of the people associated with the buildings. One tale he might relate involves Suzanna Rogers Lambert’s mother Elizabeth Fitch, who, in driving through Wilton in her coach with four decorated horses and a group of liverymen, made such a spectacle that the townspeople ran to their windows each time she drove by.

Tours will end at noon at the Historical Christmas Barn store, 150 Danbury Rd., where cider and cookies will be served. Other businesses in the complex will be open; Blue Star Bazaar, which sells clothing, gifts, and accessories, will give each participant a discount coupon. Comfortable walking attire is suggested.

Wilton, Connecticut: Three Centuries of People, Places, and Progress is available for purchase at the Wilton Historical Society’s Betts Store.