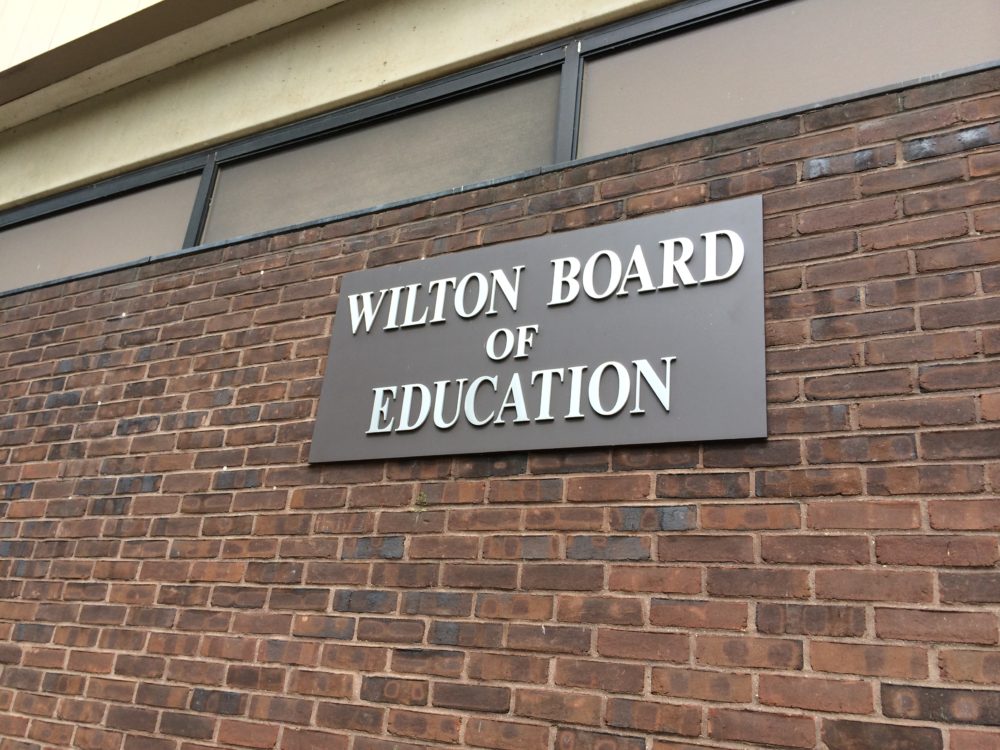 UPDATE:  At the Wilton Board of Education meeting on February 22, the board approved the operating budget with an increase of 2.24% as presented by Superintendent Dr. Kevin Smith. The vote was unanimous with all members present.

The proposed 2018-19 budget reflects four added items that the BOE asked Smith to include after he presented his initial budget  with a 1.98% increase earlier this month. Those items were:

Smith also considered prior comments from the BOE and made cuts to professional development and school climate.

The final BOE proposed budget is higher than the 1.0% guideline suggested by the Board of Finance.

Board of Ed member Glenn Hemmerle said, even at a 2.24% increase, the budget wasn’t enough, and he would have preferred it to be even higher. He also added that the proposed budget is just that–a proposal from the BoE.  “The Board of Finance is going to do what they want to do with it.” He referred to the public meeting at which the proposed budget will be presented to the town on March 26, before the BOF makes that decision. “I’d implore those in the community who feel strongly about protecting [education] in Wilton let the Board of Finance know how they feel about it.”

In support of the increase in the budget, he added, “This board and the administration have paid close attention to financial concerns, but we can’t keep kicking the can down the road as we have done. This increase is substantially lower than the surrounding communities have proposed.”

BOE member Lory Rothstein said, “For me, (supporting the budget) comes down to the vision we have for our district. I’m convinced that this is a budget that keeps us moving in the direction of that vision. For the town, support for that vision equals support for this budget. If [you] don’t agree with the budget and the vision, tell us why.”

Laura Schwemm said, “On behalf of the BOE, we all want to thank the principals for doing the work that went into this budget. Members of the public came to workshops as well, so we want to thank them too.”

BOE Chairman Christine Finkelstein said, “There is no way to cut this budget more without affecting the programming. All the fat is gone.” She added, “We’re pretty much right smack in the middle of what our District Reference Group are doing.”

BOE members Gretchen Jeanes and Deborah Low voted in support of the budget as well, with Low noting that the targeted 1.0% was not achievable and would have caused damage to the district.

A copy of Superintendent Smith’s budget can be accessed on the school’s website.

Subsequent budget meetings are according to the calendar below.

CORRECTION:  An earlier version of this article incorrectly reported a budget increase of 1.98%; it is actually 2.24%. We regret the error.