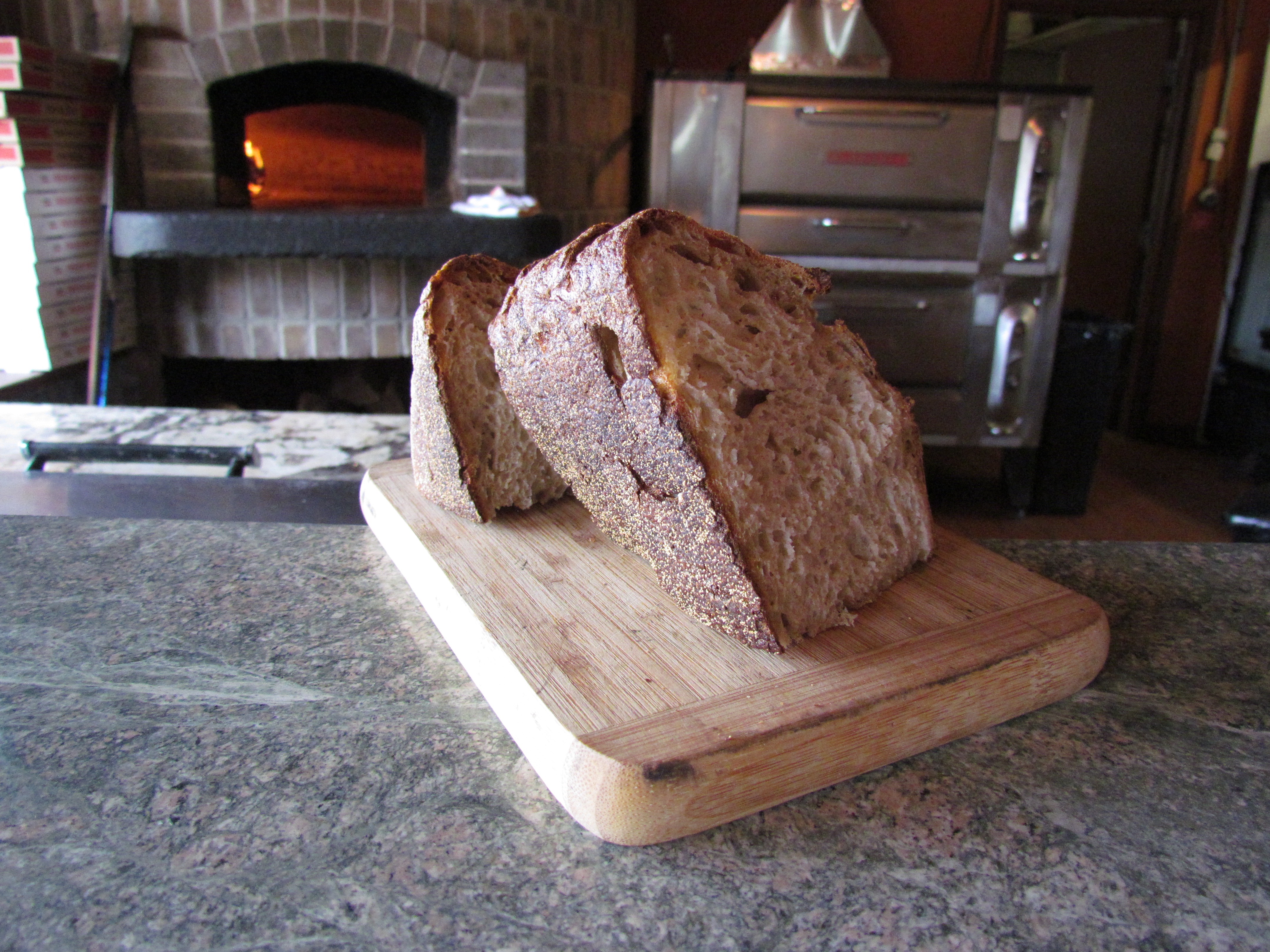 You’re going to love the handmade, artisanal bread that Rob VanKeuren makes to order, but you have to act fast to get them. VanKeuren who bakes his bread out of the wood-burning brick pizza oven at Lombardi’s Trattoria in Georgetown makes only a limited number of loaves each week—and they’re gone before you can say, “Pass the olive oil.”

He left a career in finance to pursue his dream. “It was a little bit different,” he laughs, as he pulls a fresh-baked loaf out of the oven, and recounts his time at Merrill Lynch, on the floor of the stock exchange and elsewhere. “I decided to do something I really loved and was really passionate about.”

Talk about passionate—just ask him to tell you about his sourdough culture. He even posts Instagram pictures of it and the many scrumptious varieties of bread he has made, including cinnamon swirl brioche, kalamata olive and oven roasted walnut, whole wheat and Semolina w poppy and sesame seeds, among others. Of course, there’s his staple that he makes every week:  old fashioned sourdough.

His “day job” is working at Lombardi’s while he perfects his bread repertoire and bakes one or two days a week. “I love pizza and I love cooking for friends,” he says good-naturedly, adding that Frank Lombardi, the restaurant’s owner, has been great about teaching him the business side of food and restaurants as well. VanKeuren’s bread is pretty pure–the only ingredients are flour, water and salt. “That’s it.” Plus his special sourdough culture that he uses to leaven, or make the bread rise. It was something he actually brought back from a trip to Italy, in a story he calls his “Eat, Pray, Love moment.”

“I asked someone next to me in line for the plane where the best pizza in Naples was, and she said, ‘You want to go for pizza? I’ll take you.’ The pizza rocked my world, it was amazing. Wood fired, done with a sourdough culture and just unlike any pizza I ever had before. The baker gave me a little of his sourdough culture to take home with me,” VanKeuren recalls.

Over the years he developed his technique and learned more about the intricacies of making bread, and says where he’s now baking, at the wood burning oven, is the perfect way to make bread. He takes about 36 hours to make each batch of bread. That and the kinds of grains he uses are the things that set him far apart from commercial bakers.

VanKeuren’s bread is available on Thursday and Friday mornings. “What I usually do is post something on Wilton 412 [Facebook page] early each week and I like to do just one or two kinds,” he says, adding that people can make requests by posting or messaging him there. He’s active on social media; you can friend him at Rob VanKeuren on Facebook (he working on building a business page) or follow him at @robvankeuren on Instagram. At the moment he has no plans to wholesale so picking up one of the rare loaves at Lombardi’s is the only way to get it. Most weeks he’s sold out before he even starts to bake, so you’ve got to be quick about reserving a loaf or two—or five.

It’s also nice to meet the guy who makes your bread, especially one who loves what he does as much as VanKeuren does. “I make bread and pizza, and I’m having a good time with it!”