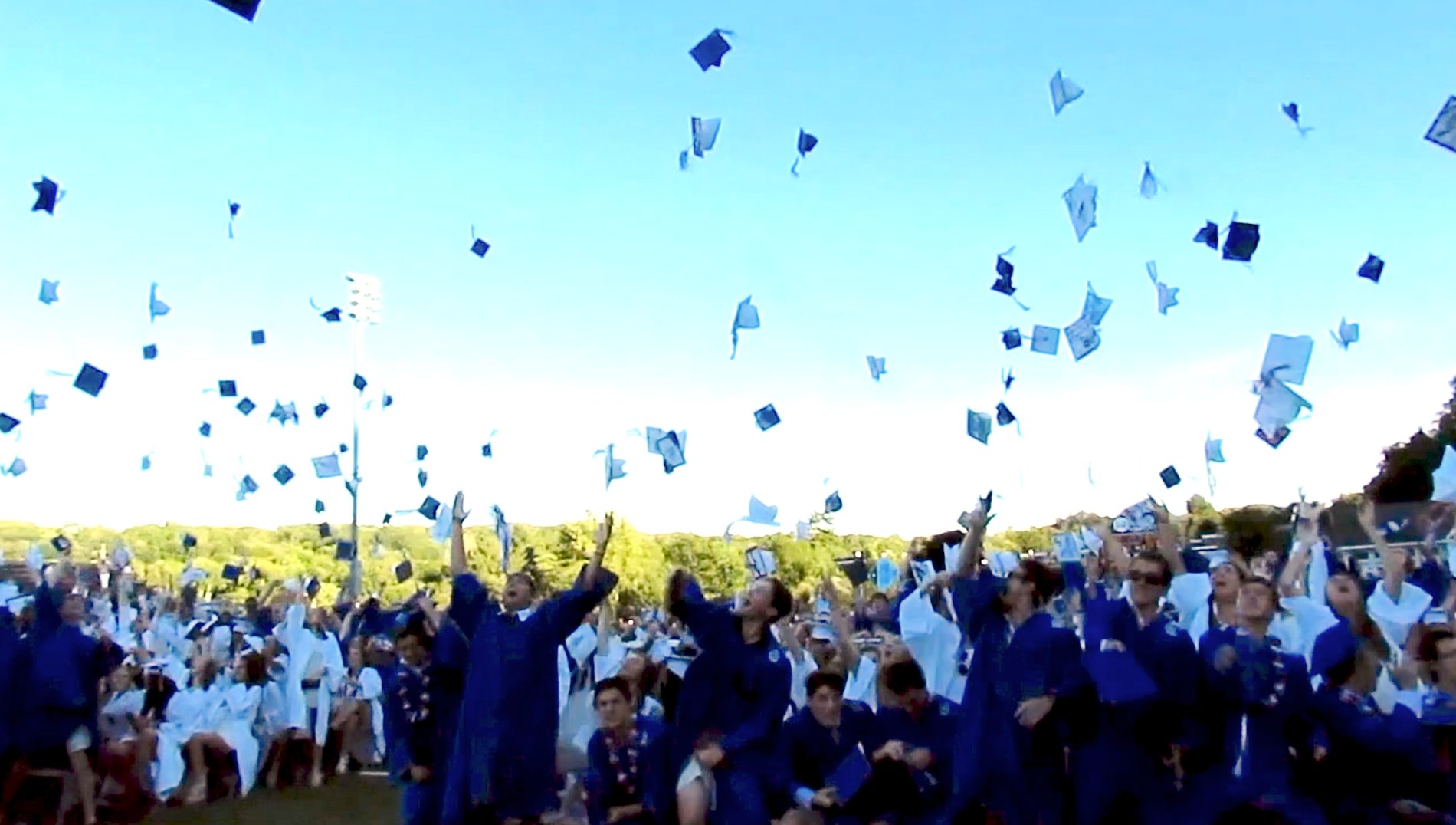 Wilton High School‘s graduating class has waited a very long time for details from school administrators on plans for graduation. With the governor’s current five-person limit on group gatherings unlikely to change until later in June due, the COVID-19 health crisis has left the committee organizing the alternative graduation very few options.

Members of the Class of 2020 and their families have been anxious to hear what ideas were being considered, with some taking to social media to express frustration with how late into May it is without any firm plan in place. Parents have exchanged links to articles about activities planned by other CT schools.

But late Sunday afternoon student body president Rishabh Raniwala announced to his classmates what the current proposed plans are in a post on the Class of 2020 Facebook group page.

He wrote that the plans have been put together by a committee made up of “not just administrators; students and parents were also on the committee, and so your voices were heard.”

Raniwala explained that the committee tried to balance what the community would find most meaningful with state and local restrictions on what can be done.

“We understand that the … plan is nowhere close to ideal, but promise that we have spent as much energy as humanly possible in putting together something special.”

He described the plan as the one being considered “at the moment,” pending approval from Wilton town officials, First Selectwoman Lynne Vanderslice, Police Chief/Emergency Operations Director John Lynch, and Health Director Barry Bogle.

The first part of the plan is a modified processional. Instead of seniors walking into Veterans Memorial Stadium, they will proceed in a line of cars that winds past all four Wilton schools, concluding at the high school. Each senior would ride in a separate car, presumably with family members.

Once seniors reach the high school, “an administrator/faculty member will hand you your diploma cover using a grabbing device so that no [physical] contact is made,” a gesture meant to “symbolize your graduation from Wilton High School,” Raniwala wrote.

Raniwala did not clarify whether seniors would remain in their cars or step out of the vehicle to receive the diploma cover.

This processional would take place on June 13, the day originally scheduled for graduation.

The second element of the class’ proposed graduation plan is a video with recorded speeches that typically are delivered during a ceremony. It will also include musical interludes, as well as a reading of the graduates’ names, along with a brief statement submitted ahead of time by each student.

“The sentence or two can include your college and major, other post-graduation plans, and what you enjoyed most about high school,” Raniwala wrote, adding, “We will be checking to make sure the material you send in is suitable to be read and viewed at a graduation ceremony.”

Students will also submit pictures that will be shown onscreen as their names are read.

In the days following the June 13 graduation processional, families will have the opportunity to sign up for scheduled times when they will be permitted to take photos of their graduate on Fujitani Field, the location where graduation would have been held if not for the disruption of the pandemic.

The traditional white graduation arch used each year will be set up for pictures.

Families will be able to book 15-minute time slots during which “five minutes would be reserved for pictures and 10 [minutes] reserved for entering/exiting the field to ensure proper social distancing between photo shoots.”

In addition to limits on the number of people who can gather in groups together, Gov. Ned Lamont has placed limits on other types of large, organized activities, including car parades. According to committee member, and graduating senior, Madeline Pennino, town officials told the committee that what is now being allowed are “tightly planned, police-involved ‘processions'” that shouldn’t be called a parade, which is still not allowed.

Pennino has written her take on the situation, which she has allowed GOOD Morning Wilton to republish.

State officials, including CT Commissioner of Education Miguel Cardona, had informed school officials in April that it would be unlikely that in-person graduations could be held. Parents at several schools petitioned Lamont, to no avail.