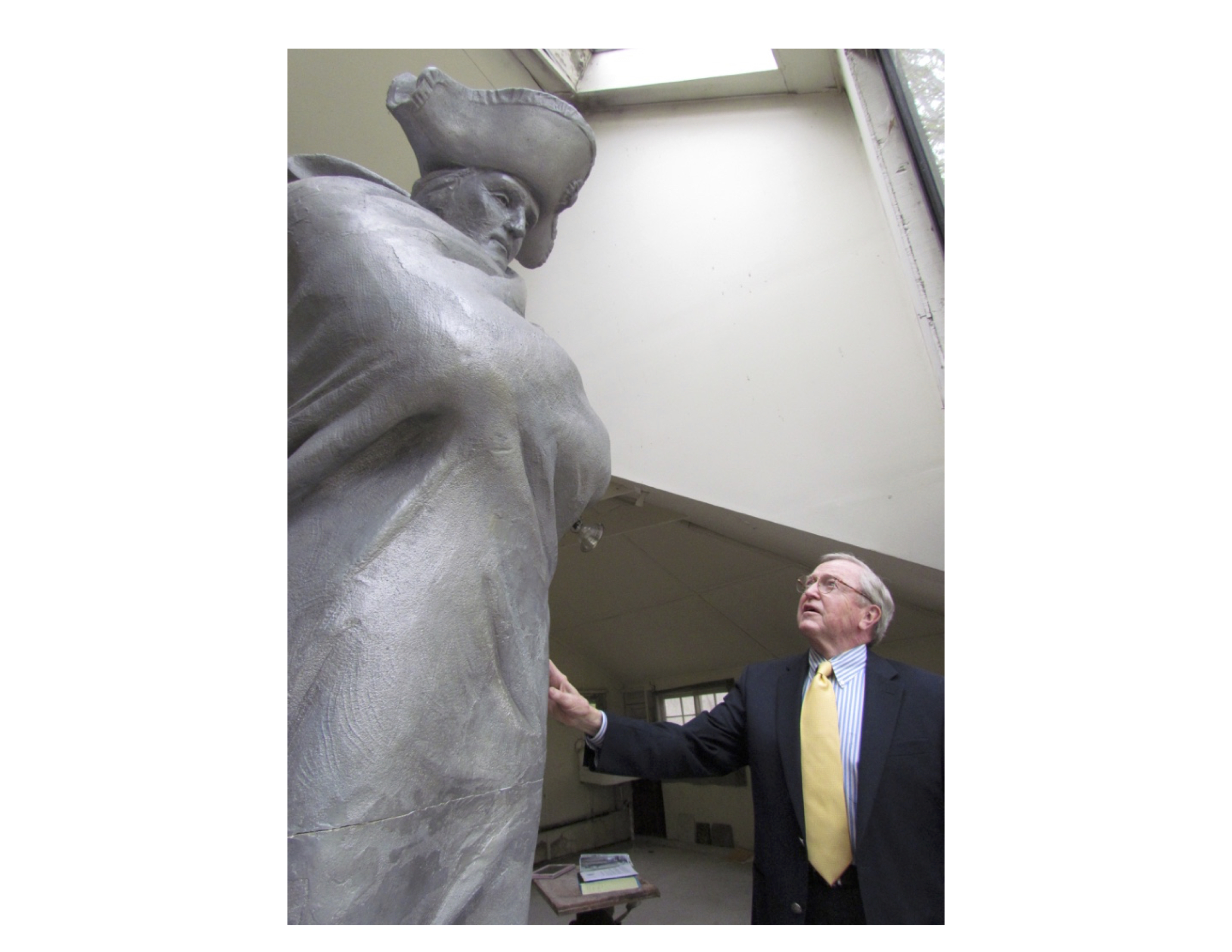 At last night’s June 15 Board of Selectmen‘s meeting, first selectman Bill Brennan closed the meeting with an emphatic update reasserting his plans to not run for re-election when his term is up on Nov. 30.

“For the record, regarding the coming November election, as I have said to anyone who asked me if I plan to run again, I have said repeatedly I do not. I have said it is my plan to retire effective Nov. 30, 2015 at the completion of my fourth elected term, which will mean 10 years of service in this function. It’s been an honor to serve, but it’s timely to retire. This will be my third and final retirement. It’s time to retire!”

Brennan followed the emphatic statement with a chuckle, stating, “I’ve been working since I’ve been 12. I’m ready to retire.”

After reiterating that, he updated his fellow selectmen with news that the project he is currently championing–the “Save George” campaign to raise funds to refurbish a statue of George Washington and move it permanently to the Clune Center–has reached its fundraising goal.

“We have reached our goal. It’s just an enormous vote of confidence from the generous citizens of Wilton who have made contributions to this project. It’s going to be very dramatic, it’s going to make a point of interest at the Clune Center,” he said.