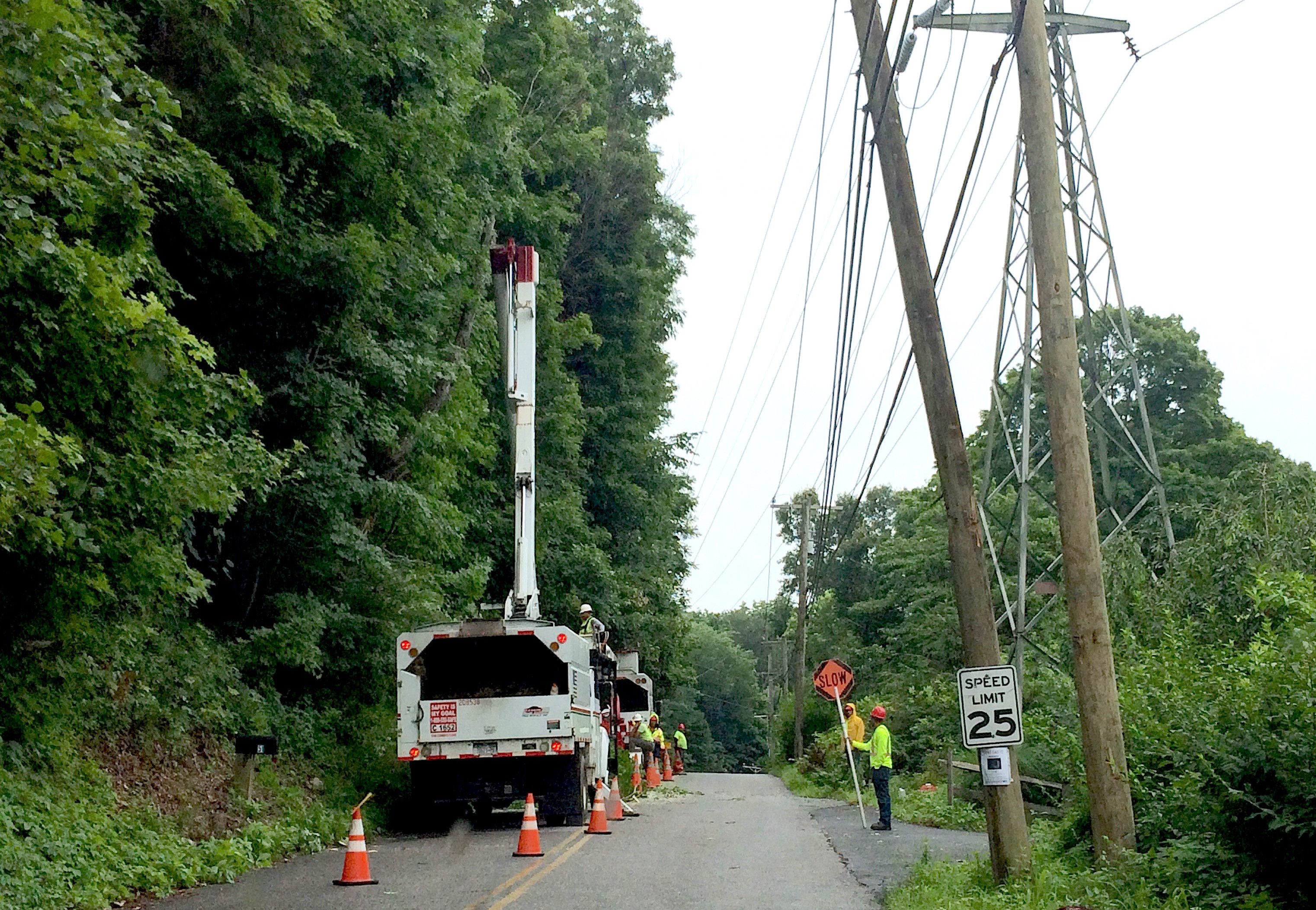 Wilton’s Board of Selectmen heard from Eversource’s supervisor for vegetation management Doug Pistawka  at last night’s meeting who explained the utility’s plans for additional tree trimming in town through July and August. He said that tree work will continue as it has enabled the company to have “improved reliability” over the years.

The tree trimming efforts are part of a 5-year, $300 million program to reduce frequency and duration of power outages–Pistawka said that half the money in that program is dedicated to tree work. For 2015, the tree work budget is $70 million, which the utility sees as worthwhile.

“When completed, the work is expected to reduce tree-caused outages by 30-40 percent,” he said.

For Wilton in particular, there are 13 miles of tree trimming planned. Pistawka explained it will begin toward the end of July along five main circuits that feed different transformers. The tree work will be concentrated in the southeast and southwest corners of town. According to information from Eversource the southeast corner of Wilton will be worked on first; company representatives will contact property owners in mid-July and the trimming will take place in late July. In the southwest corner, company representatives will contact property owners in August and the trimming there is scheduled for September.

Eversource “permission specialist” employees will go door-to-door to speak to property owners with trees that will require trimming. Customers who aren’t available will find information hung on their doorknobs. They will receive forms that detail the work that needs to be done–either tree trimming, tree removal or brush removal. All work needs to be approved with a signed form and returned to Eversource–by placing it in the same doorknob pouch, which Eversource will then collect.

Eversource’s total budget for tree trimming work in Wilton for 2015 is $150,000. There are four crews scheduled to work throughout town and work is scheduled to be completed before the end of the year.

Pistawka said that between 2011-2014, Eversource has trimmed trees along all of the primary miles throughout Wilton–190 miles of primary power lines that feed customers in town, at the cost of $1.8 million. “The bulk of the work was in 2013, we trimmed 73 percent of the entire town’s primary pole miles during that year. So we’ve seen a substantial improvement in reliability as a result.”

He added that following the tree trimming work, Wilton has seen a 75-percent reduction in tree-caused outages compared to 2011-13. “The program is working.”

Editor’s note:  The article has been updated with the correct last name of the Eversource arborist, and details have been added to elaborate on where in town work will be performed.