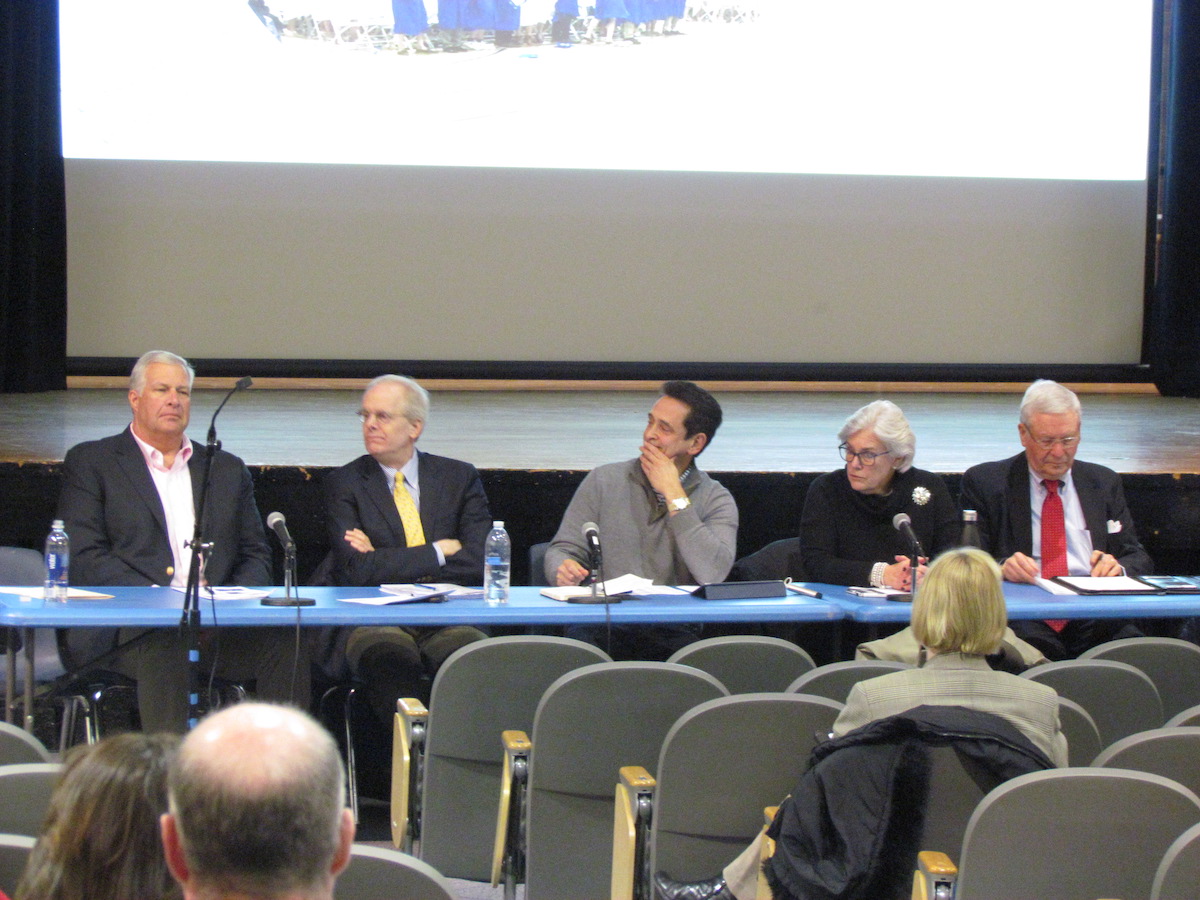 At Tuesday evening’s (April 16) Board of Finance meeting, the members were scheduled to formally adopt the FY-2020 budget that they will bring to residents for approval at the Annual Town Meeting and Vote on Tuesday, May 7. Earlier this month, they had deliberated on the original numbers presented by the Board of Education and Board of Selectmen, and eventually voted 4-2 to reduce both the school and the town budgets, slashing $1.1 million from the BOE’s proposed budget and $309,000 from what the BOS offered.

The BOE members asked superintendent of schools Dr. Kevin Smith to put together thoughtful recommendations for how to make those $1.1 million reductions when they met last week (April 11). While the BOE won’t make final decisions on where to find savings until its next meeting on April 25, Smith did warn that budget cuts will force the Board of Education to consider potential programmatic eliminations. The most controversial possibility on the chopping block is the proposed Alternative School Program.

“If I have to choose, I’m going to choose to keep existing programs rather than implement new programs, if that’s the choice,” Smith said at the time.

In an effort to prevent that from happening, BOE chair Christine Finkelstein and First Selectwoman Lynne Vanderslice united last evening to present the BOF with a creative solution for saving the Alternative School Program–widely seen to be a progressive model both for offering a way to provide education to students who have a difficult time learning in a traditional school environment, and for providing a much more cost-effective way to offer that education other than expensive outplacement in schools outside the Wilton school district.

The two women asked the BOF to consider funding the alternative school program on a one-year trial basis, and to do so through the FY2020 charter authority.

Vanderslice told the board, “I believe you have an opportunity as a Board of Finance to do something that is both good for the town and our students and their parents, and will reduce or avoid costs next year and in the future.”

A former member of the BOF herself, Vanderslice spoke to the concrete cost savings the Alternative School Program could present to taxpayers:

“When we talk about an alternative school, as you know, we aren’t talking about a new school building or a new school administration. We are talking about staffing costs of approximately $382,000, transportation of $36,000 and a rental fee payment to Trackside. Long-term, the latter might really not be something incremental, but rather moving money from one pocket to another. The expected cost savings or really avoidance can be broken down into two categories:

She pointed to the existing Wilton Schools program, Community Steps, as an example of a successful similar model. She explained that Community Steps, with six enrolled young adult participants, has a cost of $275,000, but that outplacing those six participants would have cost the town anywhere between $400,000-$685,000.

“The Community Steps Program is housed at Comstock, so I have been fortunate to see and experience the other benefits, beyond cost, of these students attending school in Wilton and being a part of our greater community,” Vanderslice added.

Finkelstein told the BOF members that there is demand for the Alternative School Program, as there are 17 students currently outplaced who, she says, “fit the profile of an Alternative School student.” She estimated the average cost of outplacing students is roughly $100,000 per student.

She also said similar programs in surrounding towns demonstrate the potential an Alternative School Program offers, both in educational outcomes as well as in cost savings.

“The program will be a welcome addition to our suite of services. Other districts including New Canaan and Darien initiated similar programs this year, and report resounding success. Both in fact, believe they will exceed $150,000 in cost avoidance during this first year, with the promise of even greater success in years to come,” Finkelstein said.

The BOF will hold a special meeting, tentatively scheduled for next Tuesday, April 23, to discuss the proposal.

Following the BOF’s direction to cut $309,000 from the town budget, the Board of Selectmen was able to trim back a total of $309,305 in the following way:

Operating Capital:
Postpone the purchase of a hotbox until next year: $50,000

At the close of their meeting, the BOF members voted formally adopt the remaining resolutions, to lock in their mill rate calculations and budgets they will present to the town for approval on May 7.

The Annual Town Meeting will be held on Tuesday, May 7 beginning at 7:30 p.m. in the Clune Auditorium. Voting will begin immediately following the close of the meeting. There is continued voting on Saturday, May 11, from 8 a.m. to 6 p.m., also at the Clune Auditorium, with results announced shortly after voting ends.