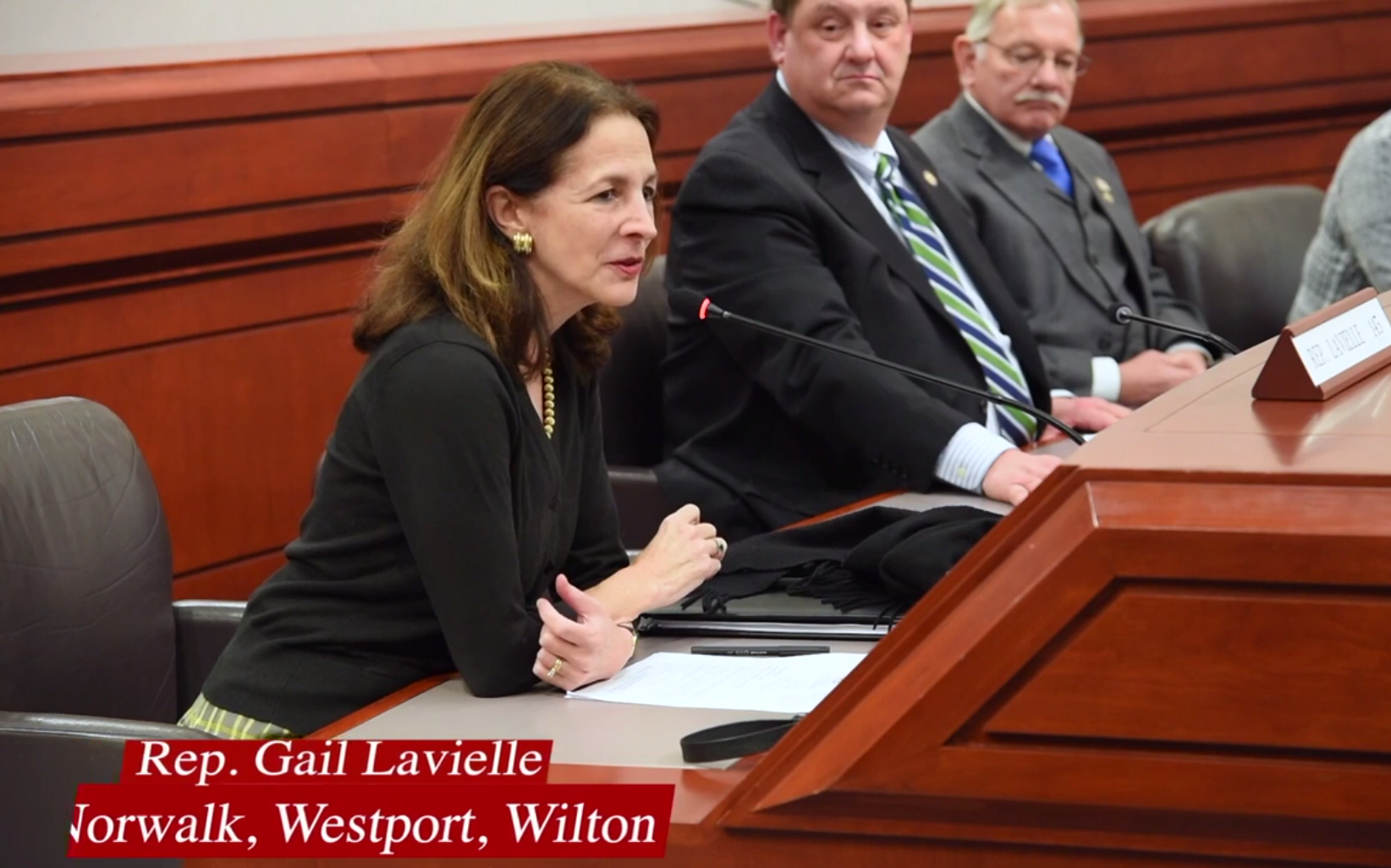 The Education Committee of the CT General Assembly held a brief meeting Monday, Feb. 11 for members to vote on setting their agenda for this legislative session. Among the items that the committee decided it will keep on its agenda are the two controversial bills that have been proposed on mandatory school district regionalization–SB 738 and SB 457.

Monday’s meeting was a speedy one, lasting all of about 15 minutes, according to committee member Gail Lavielle, Wilton’s state representative.  As she described it, “it was over in the blink of an eye.” During that quarter hour the committee started things off as a group, voting unanimously in with a chorus of ‘yeas’ to approve moving forward on discussing 16 concept bills in the coming weeks; they also voted as one to approve referring a handful of bills to other committees.

It wasn’t until the end that the two school consolidation bills were considered as a separate action item, for a vote on whether to call them for public hearings. The House and Senate ranking members moved to have whatever vote would be taken on the bills be roll call votes–this way all votes would be recorded individually and by legislator’s name.

Lavielle was the only committee member to make remarks before the votes were taken. She began by thanking both committee chairs for agreeing to raise a concept to discuss regionalization “in all of the voluntary senses of the term.”

“I believe it’s high time that we had a discussion of all the ways that towns and school districts can voluntarily share their services, look at other ways to save costs, and above all to improve the quality of education. I just do not believe that it’s appropriate to take as a point of departure for those discussions any bills such as the two here that do entail mandatory, forced regionalization,” she said.

Lavielle’s remarks were captured on video by her staff and released to the public.

The Committee’s Senate chair, Sen. Doug McCrory, responded that he supports discussion and would under no circumstances shut down any discussion.

The committee votes separately on SB 738 and SB 457, and the vote tallies fell along party lines on each–the 23 Democratic senators and representatives voted yea on including the bills in public hearings, while 13 Republican legislators voted nay on both.

Editor’s note:  a hearing date has not been set as of press time.

There were a handful of Wilton residents who journeyed to Hartford to observe the committee meeting, and who were able to catch a moment or two with Lavielle before she had to run to the meeting of the Appropriations Committee, on which she serves as Minority Ranking Member.