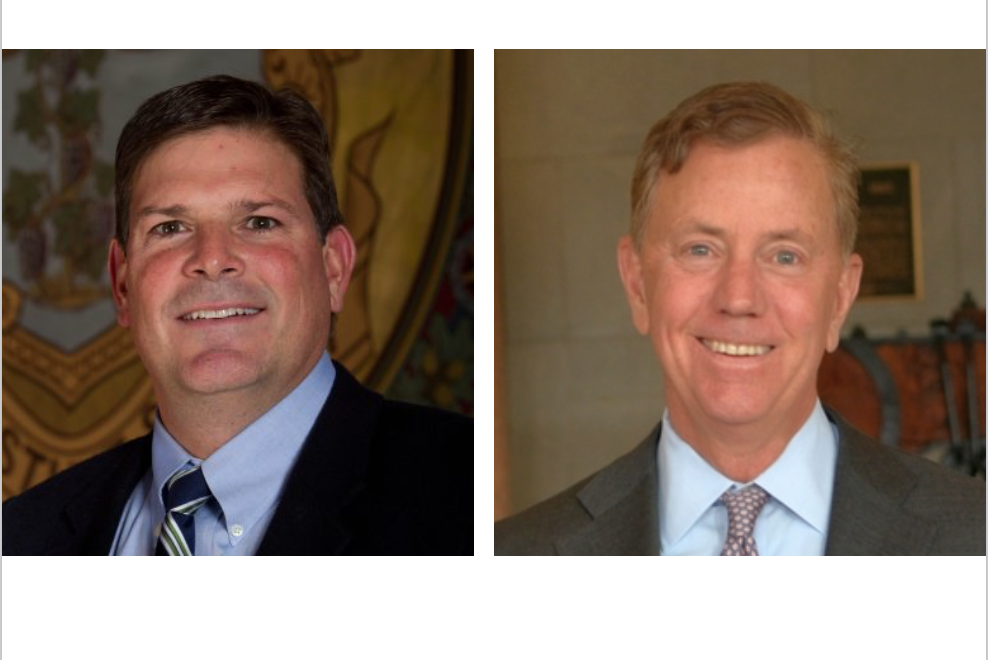 Governor Ned Lamont stopped in New Canaan Monday afternoon, Feb. 11, for a visit with town officials there. Like he did with Wilton’s First Selectwoman Lynne Vanderslice, Lamont reached out to New Canaan’s top official, First Selectman Kevin Moynahan, to schedule a sit down meeting. One of the topics discussed was the recently proposed idea of mandatory school district regionalization.

According to State Representative Tom O’Dea–who represents both Wilton and New Canaan and who was at the meeting–the local officials and Gov. Lamont had a “very forthright and open discussion” over the course of an hour-long meeting.

“I thought it was fantastic,” says O’Dea. “I give him credit for doing this across the state and listening to the mayors and 1st selectmen in each jurisdiction. He’s certainly approachable and receptive to how he can help.”

Given that the meeting was in New Canaan with officials from there, the discussion centered around what they saw as priorities for how the governor could help their town.

O’Dea said those priorities, as listed in order of importance, were the following:

While O’Dea didn’t want to say exactly what Lamont said about the regionalization issue, he did add that the governor seemed “absolutely sympathetic about our concerns, and he is going to reach out to the proponents of those bills. Certainly he left all of us feeling like our voices have been heard.”

It seems that some of the voices Lamont has heard loud and clear are those from Wilton. The governor  told O’Dea that his Wilton constituents have made a huge impression on the topic of school regionalization.

“Big time!” says O’Dea, adding, “The governor made it a point to say how organized and upset Wilton was in leading the charge against regionalization. He said Wilton has ‘made an impression.’
“