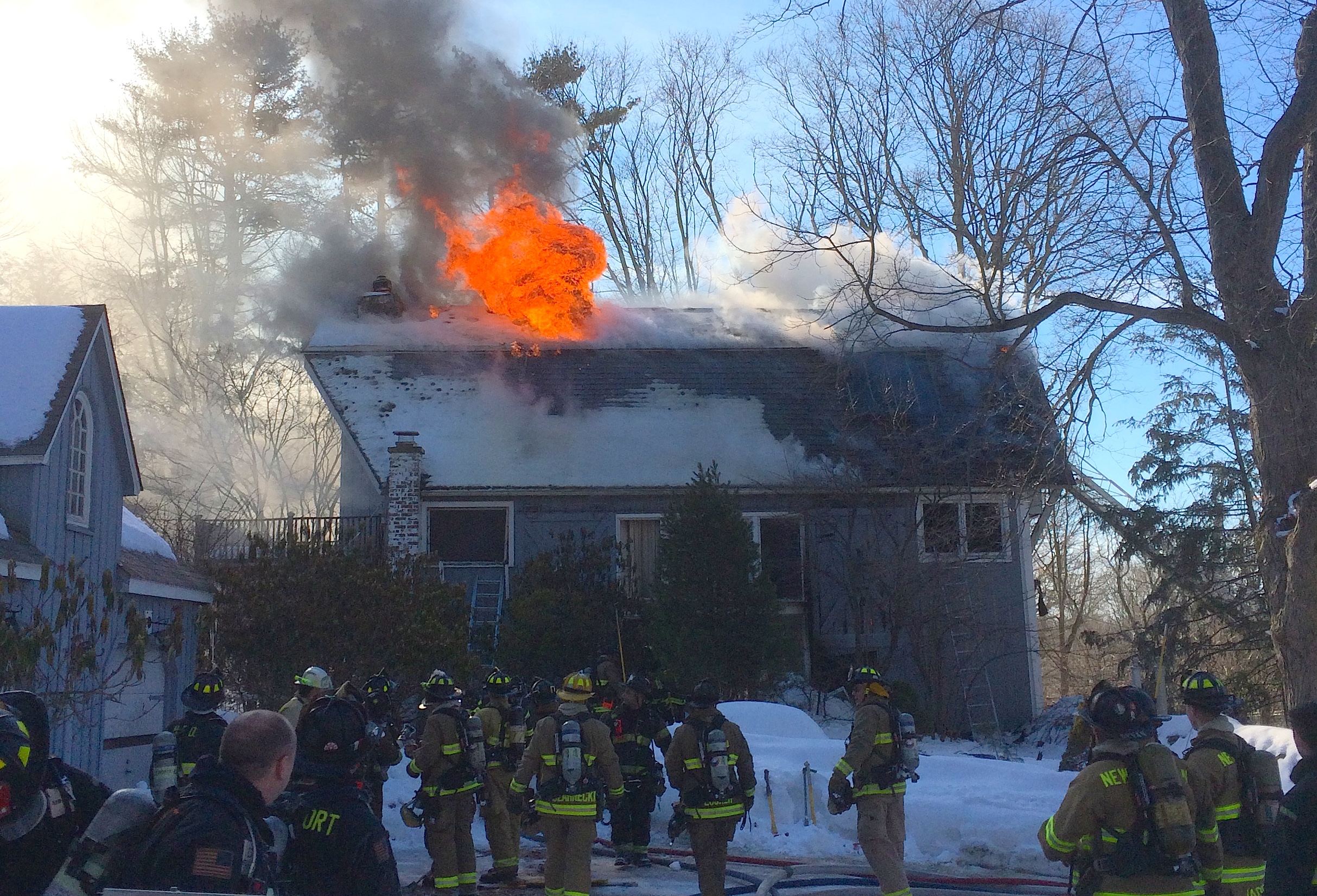 Wilton firefighters spent the better part of Saturday, Feb. 28 battling a large house fire at 266 Range Rd. near the intersection of Old Belden Rd.. Although the fire all but destroyed the home, there were no injuries to any residents or firefighters.

Firefighters were notified about the fire by a call from a passing motorist at around 9 a.m. Saturday. “They stated they saw smoke coming from the house,” explained Capt. Kevin Czarnecki. Wilton’s firefighters were immediately dispatched to the location, where they found the fire had progressed significantly.

“The fire was well involved. There was Smoke showing from all levels, including the roof eaves of the house from all sides. There appeared to be fire on the lower level as well as the main level,” Czarnecki said. While he can’t say for sure about where the fire started, officials will continue to investigate the cause, with state investigators assisting Wilton’s fire marshal.

Czarnecki confirmed that at one point during the morning, he ordered all firefighters to evacuate the structure because he determined it was too dangerous for them.

The home was left in what Czarnecki termed “poor condition.” While he said it’s likely the house is a total loss, “that’s up to the home owner and the insurance company.” What he knows for sure is that in its current state, the house is uninhabitable.

“The roof burned through and there is heavy charring on the lower level, and heat and smoke damage throughout,” he said.

Remarkably, and thankfully, there were no injuries, either to civilians or firefighters. Czarnecki said the home was unoccupied at the time, and added, “[despite] the very cold conditions and slippery conditions, all firefighters are accounted for and nobody got hurt, which is a great thing considering the amount of effort they put in.”

Firefighters were on scene the better part of the day. Czarnecki reported that they picked up most of their apparatus by 2:30 p.m. to head back to the station.

According to land records, the four bedroom house was built in 1929.

A video of the fire was sent to media by Capt. John Lynch of the Wilton Police Department.