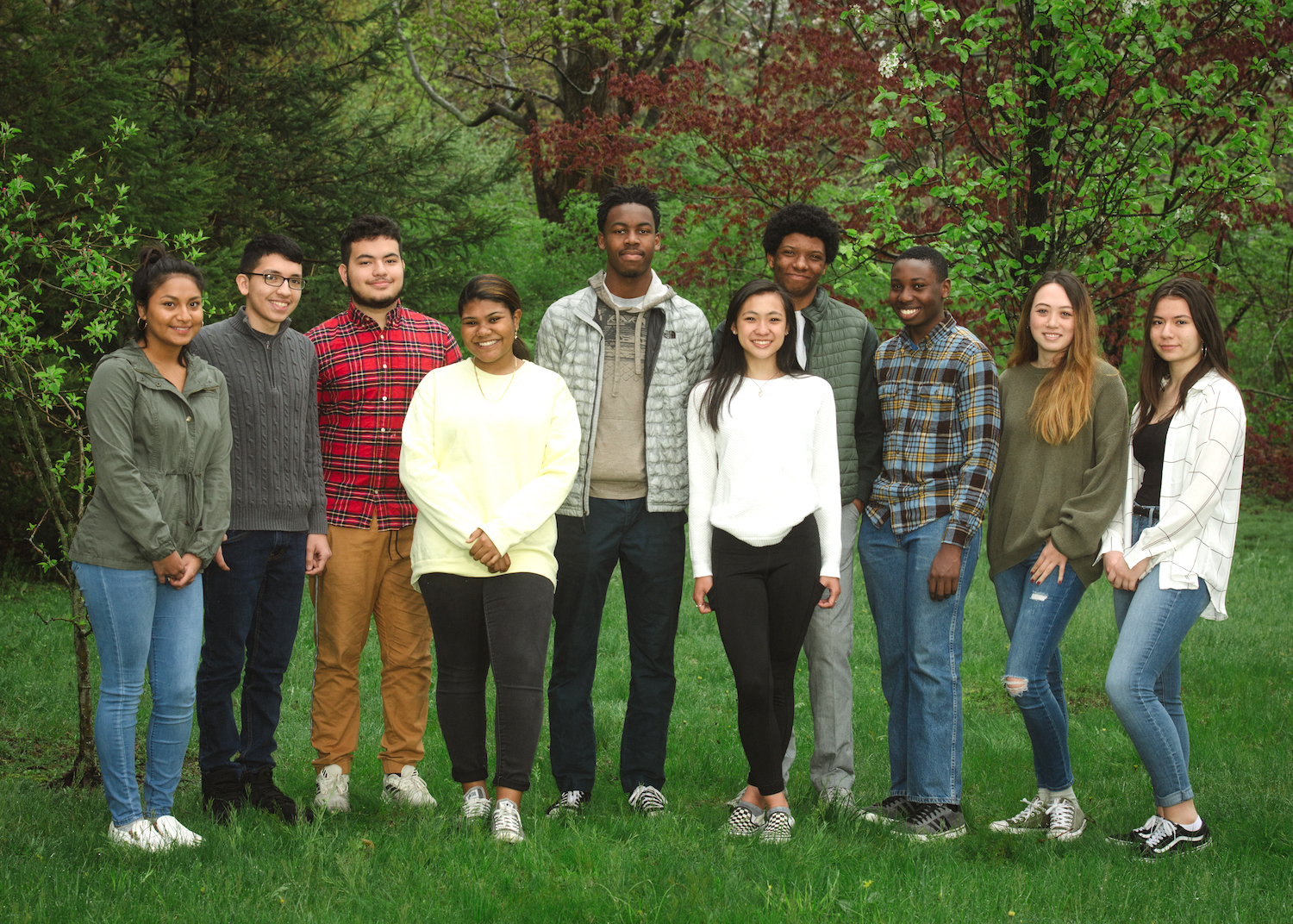 This article is one of a special GOOD Morning Wilton series to highlight A Better Chance (ABC) of Wilton. GMW is a proud sponsor of the ABC House Tour on Friday, June 7, and the Preview Party, which took place this past Sunday, June 2. To purchase tickets for the Tour, visit the ABC Wilton website. Today, GMW introduces the community to this year’s talented group of scholars.

For more than 50 years, A Better Chance has been referring academically talented inner-city students to some of the nation’s finest independent and public schools, including Wilton High School.

ABC Wilton has been transforming lives through educational opportunity since 1996. The program provides deserving students with ‘a better chance’ by placing them in an environment that encourages academic excellence, improves their college acceptance chances, and lays the foundation for an improved future–for our scholars, our community, and our country.

Since the first scholars graduated in 1997, 44 students from ABC Wilton have gone on to study at esteemed colleges and universities, such as:

The list will grow yet again, as four ABC scholars  (pictured below at the Preview Party on Sunday) will graduate later this month with Wilton High School’s Class of 2019 and plan to continue their studies. 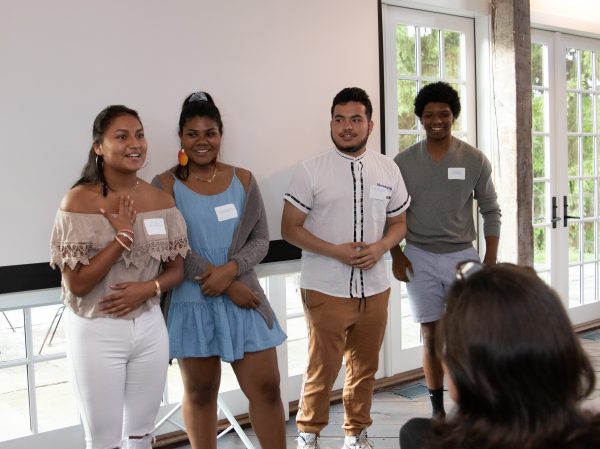 Meet this year’s senior scholars, as well as members of the junior and sophomore classes:

Alex is a senior who comes from the Bronx, New York where he lives with both parents and his brother. He spent a few weeks this summer in France and in Honduras visiting his family. Alex is a big believer of God. He believes that without God, you are open to the havoc of the world. Alex will attend Manhattan College to study Criminal Justice. Alex’s host parents this year are Derek and Suzie Ettie.

Bianca is a senior from Queens, New York where she lives with her mother and two brothers. She has been accepted at Stony Brook University on Long Island, where she plans to major in political science. While at Wilton High School, Bianca played on the basketball team, ran track, and volunteered for Minks to Sinks. This year, Bianca participated in the Wilton High School Senior Show, LETS Club, and is now the manager of the varsity boys tennis team. Bianca’s host parents this year are Tom and Janel Cassara.

Emmanuel is a senior from Teaneck, New Jersey. He loves being included in athletic activity and sport teams. At Wilton High School he ran indoor track and played baseball. Emmanuel will attend University of Rhode Island in the fall, where he intends to study Marine Biology. Emmanuel’s host parents this year are Kerry and David McMahon.

Yanny is a senior from Lawrence, Massachusetts. She was born in the Dominican Republic and came to the U.S. with her mother and brother at a young age. Prior to coming to Wilton, Yanni attended a charter school in Lawrence while her mother worked three jobs. She is on the Wilton High School softball team and is a manger for the boys varsity football, boys and girls varsity basketball, and the boys varsity baseball teams. Yanni will attend the University of New Haven this fall and plans to major in Homeland Security and Emergency Management. She hopes to become a U.S. Marshall. Yanny’s host parents this year are Brian and Victoria Sudano.

Hector is a Junior from Trenton, New Jersey. He is a part of the Mock Trial Club, the treasurer of the German Honor Society, and president of the Forensics Club at Wilton High School. After attending a forensics summer camp to learn more about the career and the study of Forensic Science, Hector hopes to be a forensic biologist. Favorite pastimes include hanging out with friends and baking. Hector’s host parents this year are Tom and Jennifer Garvey.

Josh is a junior from the Bronx, New York. Among many things, he enjoys music and sports. He participates in a vast number of clubs including Student Government, where he serves as the executive board vice president. Josh is also the owner of his own online business store, which he hopes will expose people to the cultural designs of the world. His motto is, “With great wisdom and great strength, comes the great power that will enable you to do the greatest things.” Josh’s host parents this year are Joe and Laurie Maggio.

Kiri is a junior from Queens, New York. She plays the ukulele and euphonium, and participates in the Wilton High School marching band, concert band, yearbook club, and indoor and outdoor track. She enjoys listening to music and every summer, she visits her family in Japan for a few weeks. Her favorite subject in school is math. In the future, she’ll strive to become a veterinarian. Kiri’s host parents this year are Alison and Tim Mark/Malberg.

Nadia is a junior from Philadelphia, PA who loves to spend time with family and friends. She loves music including playing the guitar, ukelele, piano, and singing as well as being creative with art. At Wilton High School, she’s involved in the indoor and outdoor track & field teams, as well as the Red Cross club and the Madrigals choral group. In the future, she would love to explore a career related to the medical field so that she can do her part in helping others. Nadia’s host parents this year are Gary and Jill Eaton.

Jonathan is a sophomore from Lodi, New Jersey. He enjoys his engineering and science based courses at Wilton High School, and hopes to eventually pursue the field of medicine. For his extracurricular activities, Jonathan is involved with the robotics team and the creative writing club, and also runs outdoor track. In addition, he enjoys reading historical literature, writing creative stories, and playing basketball. Jonathan’s host parents this year are Steve and Anita Michael.

Isabelle is a sophomore from Brooklyn, New York. She enjoys photography and fashion design. Her favorite class at Wilton High School is Spanish and she hopes to become fluent. Isabelle is in the photography club, fashion club, and Red Cross club. She also was on the track team this past winter and currently plays on the softball team. Isabelle’s host parents this year are Greg and Andrea Topalian.