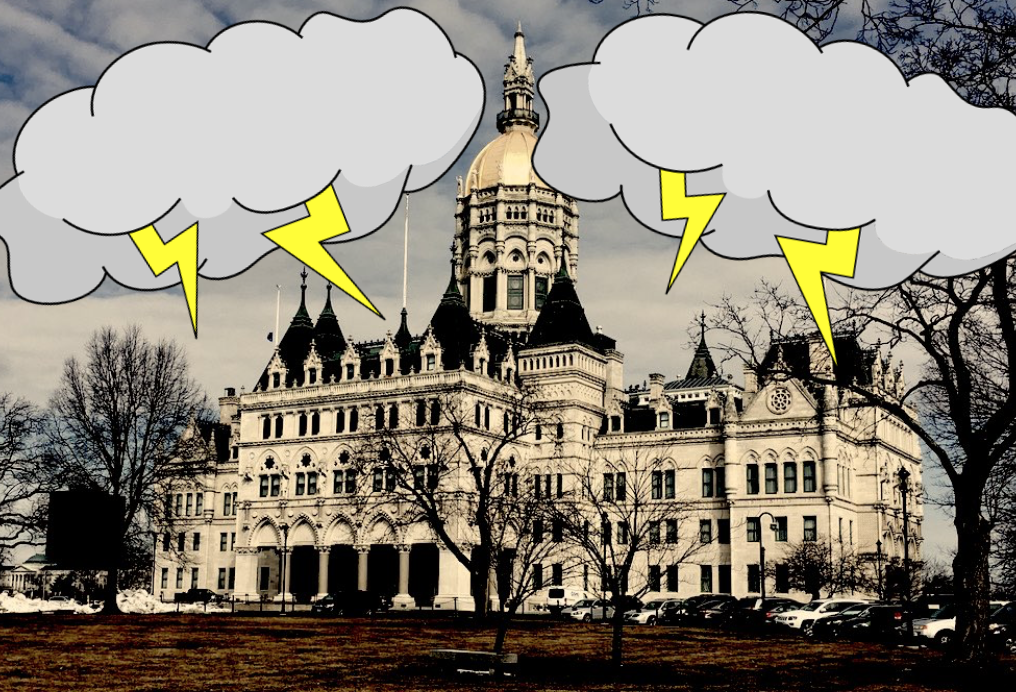 The following is an op-ed from William Lalor, chair of the Wilton Republican Town Committee.

Now that Hartford’s legislative session is wrapping up, it seems worth revisiting an important point about its impact here in Wilton.

On April 1, First Selectwoman Lynne Vanderslice called a special Tri-Board meeting in advance of the 2020 Board of Finance (BOF) mill rate vote to provide important context for all three town boards given the cascade of tax initiatives making their way through the General Assembly in Hartford.

The intent was to introduce appropriate “what if,” forward thinking should some or all these tax initiatives come to pass and specifically, how the Town would manage through any fiscal shortfalls associated with legislation passed after Wilton’s town budgets were ratified.

In reaction to Vanderslice’s debrief, a Democrat Board of Selectmen (BOS) member expressed concern about sharing with the broader electorate the magnitude and importance of this financial threat to Wilton, saying, “I think it’s a complicated message to communicate to citizens…talking to the population, we have a very tiny core of people who are engaged enough to really get what’s happening.”

Certainly, the Democrats’ state budget and legislative priorities only deepen Wilton’s fiscal problems. During the legislative session ending this week, some initiatives including school consolidation were successfully resisted, at least for now, while others including the minimum wage increase passed. Another barrage, including tolls, will begin in the next legislative session, perhaps in a special session.

For Wilton it is worth asking:  If none of the punishing tax initiatives being contemplated in Hartford are to become law–which local Democrat leadership characterize as little more than rumors–why subject us to this barrage in the first place?

Another question:  Hasn’t the severe reduction (or complete loss) of revenue sharing from Hartford and other, anti-business policy over the past several years been enough to impress upon Democrats in Wilton that the fiscal distress in Connecticut and our towns face is real, and severe?

And another: Why are Democrats’ solutions so frequently “new sources of revenues” (read–new and higher taxes, fees, etc.) to the exclusion of spending restraint and pro-growth policies?

As of this writing, there will be no taxes handed down from Hartford to shore up the teacher’s severely underfunded pension but only because–through deceptive, financial sleight-of-hand–the budget “shifts billions of dollars in contributions owed to the teachers’ pension between now and 2032 onto the next generation of taxpayers, who will make that up—plus interest—between 2033 and 2049.” (Connecticut Mirror, June 2, 2019).

Democrats have controlled Connecticut’s General Assembly and the budget process for over 35 years and in the last 10 years have inflicted year-after-year tax hikes on a state that once had no personal income tax, badly hurting its economy and housing stock in the process. The graph below shows just how punishing Democratic policies have been to residents of Connecticut–not just the affluent, but all residents. 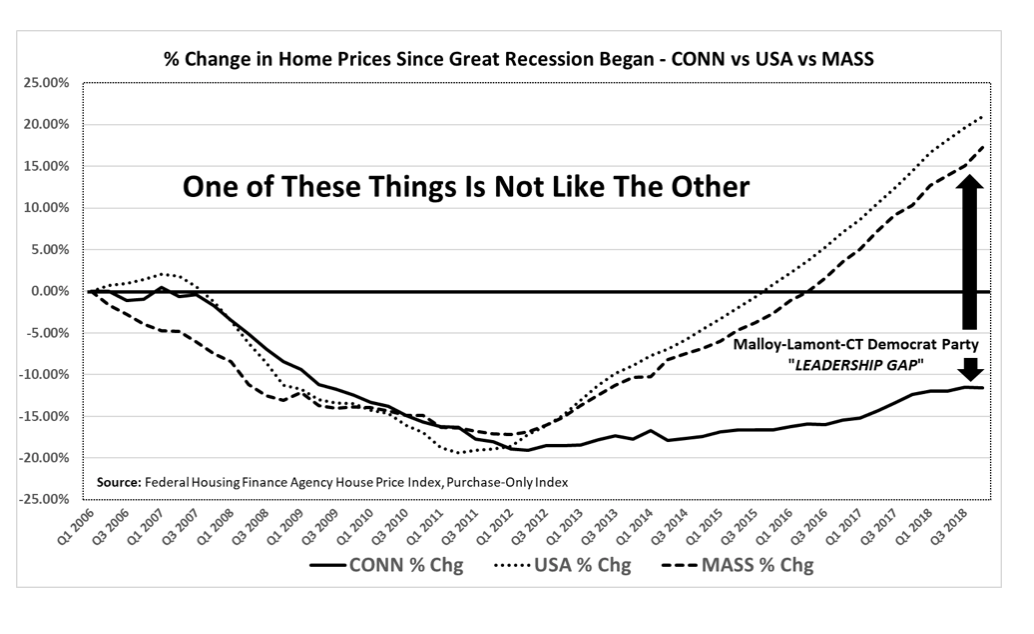 While much of the rest of the country, including Massachusetts, enjoys robust housing price growth, Connecticut has barely recovered from the Great Recession.

In looking at this chart, keep in mind that, for most people, their largest source of wealth is their home. Also keep in mind this comment from a Democrat Board of Finance member at the Tri-Board meeting:  “..there is so much sky-is-falling going on….It’s very much in the tone of leadership about how we talk about what’s happening…so while we’re talking about [tax initiatives being proposed by Hartford], let’s do it in a way which is positive and affirming so that people don’t get scared.”

There is nothing positive or “affirming” about this approach. Nothing proposed by Democrats will bring prosperity back to Connecticut, and their proposals will only deepen everyone’s problems. I believe we deserve better, starting in Wilton.

LETTER [Sponsored]: Up to You to Protect Your Town–Vote Patrizia Zucaro

Masks, Poll Watchers, Lines: The 411 on In-Person Voting in Wilton on Election Day 2020