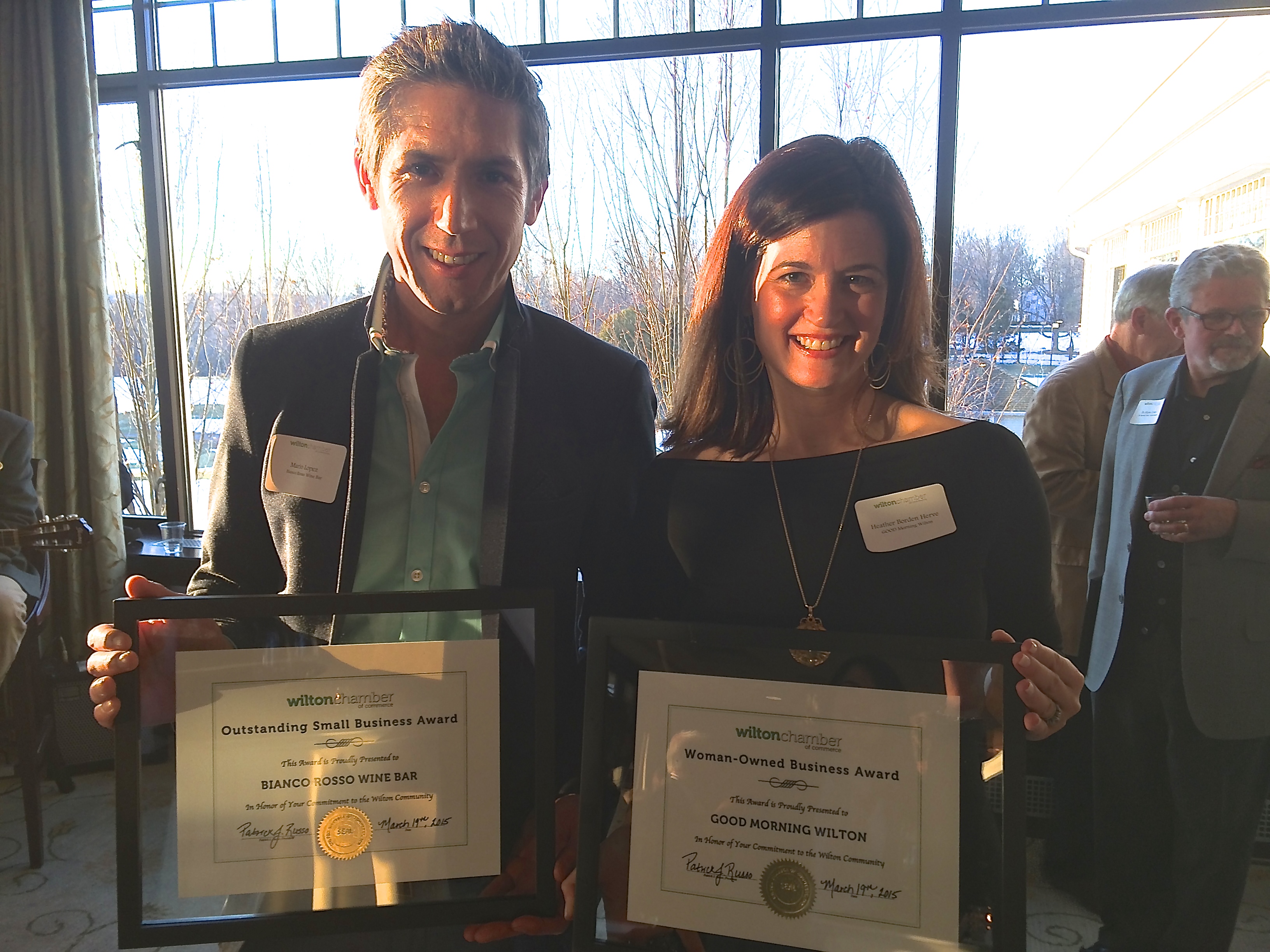 Much of Wilton’s business community gathered at Rolling Hills Country Club on Thursday evening, March 19 to celebrate the 25th anniversary of the Wilton Chamber of Commerce. The event recognized several businesses that were charter members from the first year, and also presented awards to the “Businessperson of the Year” and two entrepreneurs.

Among the awardees was GOOD Morning Wilton, which was recognized by the Chamber as Wilton’s Outstanding Woman-Owned Business of the Year. GMW.com‘s Editor and publisher Heather Borden Hervé accepted the award on behalf of the publication.

In addition, Nick Lee of Lee Horticultural Services was awarded Businessperson of the Year. Chamber president Pat Russo talked about Lee’s 25-year career in Wilton as well as his dedication to the community as a volunteer for the Wilton Family YMCA and ABC A Better Chance of Wilton, as well as someone who has held positions on town commissions, including Inland Wetlands and Conservation. Russo also noted that Lee planted most of the trees in Wilton Center.

The Small Business Entrepreneur of the Year was awarded to Bianco Rosso‘s owners Mario Lopez and Cristina Ramirez.

The Wilton Chamber of Commerce engages its members in the pursuit of excellence and economic growth by fostering an innovative business environment through education, advocacy, and promoting commerce. The Chamber’s mission is to advance the commercial and civic interests of the Town of Wilton.