This year 220 students, 20 chaperones and eight faculty members of Wilton High School traveled to The University of The Arts in Philadelphia to perform at the historic Gershman Hall for this year’s music adjudication trip. The students wowed the judges with 10 performances, one from each of the school’s 10 musical ensembles.

Musical groups performed over the course of an eight-hour day. During each performance, a top-level judge recorded running commentary and written comments. At the conclusion of each performance, the judge joined the kids up on-stage and held a clinic. This was truly a great learning experience for the students and their teachers.

Wilton earned amazing results from the performances:  out of 10 groups, 9 received the highest rating of Gold and one received Bronze, all to thunderous applause.

After a hard day of performing, the students spent the evening on the Spirit of Philadelphia cruise ship, eating and dancing the night away while cruising down the Delaware River to see the sights by night and watch a firework show.

The next morning, the group headed to Independence National Historic Park for a tour of Colonial Philadelphia, the birthplace of both the country and its form of government, including Independence Hall, the site of the signing of both the Declaration of Independence and the United States Constitution. They visited the Liberty Bell, the famous symbol of American independence and freedom. They visited Ben Franklin’s final resting place, and tossed a penny on his grave for good luck in honor of Franklin’s well-known quip, “A penny saved is a penny earned.”

Then it was on to Six Flags Great Adventure amusement park for an afternoon of fun. After dinner, they gathered for an Awards Ceremony for the Adjudication the day before. They were graded on a standardized scale and stellar performances by both groups and individuals. 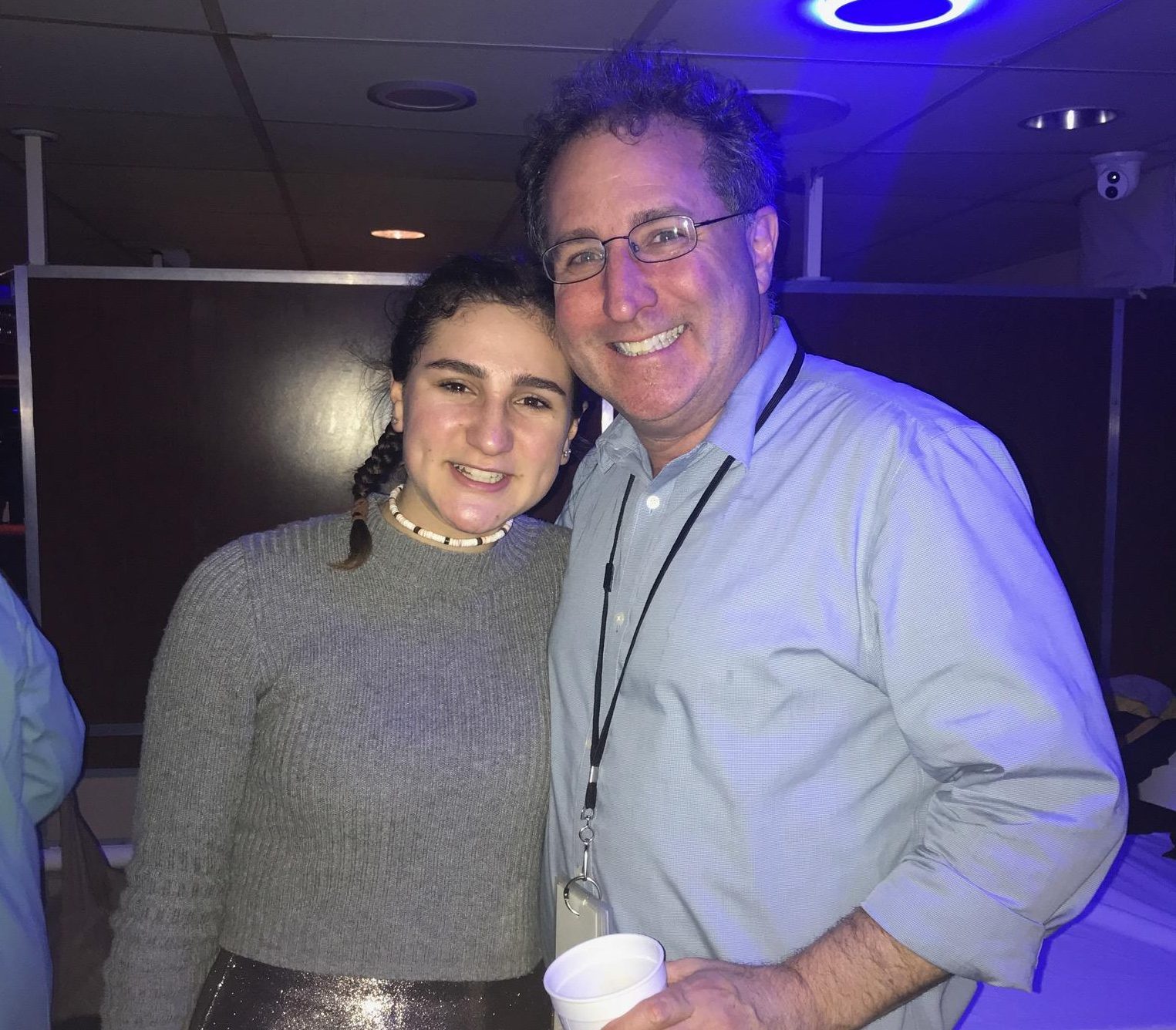 This adjudication trip marks an end of an era for Sam Gumins who has been the parent coordinator of the trip for the last nine years. Nicknamed ‘the Cruise Director,’ Gumins has tirelessly volunteered his time to do an astonishing amount of work to make the trip a success over the nine years that his three children have attended Wilton High School. From picking the destination city, deciding on the hotel, hiring the coach company to transport everyone there, and building the itinerary, the days are planned with precision down to the snacks to bring and the DVD’s to play on the coaches. He recruits and trains a cadre of chaperones who enjoy the experience so much they return year after year for his warmth and depreciating wit.

‘He thinks of everything, and he remembers everyone’ remarked one of this year’s chaperones, who added that Gumins, whose youngest child is a graduating senior, will be greatly missed.