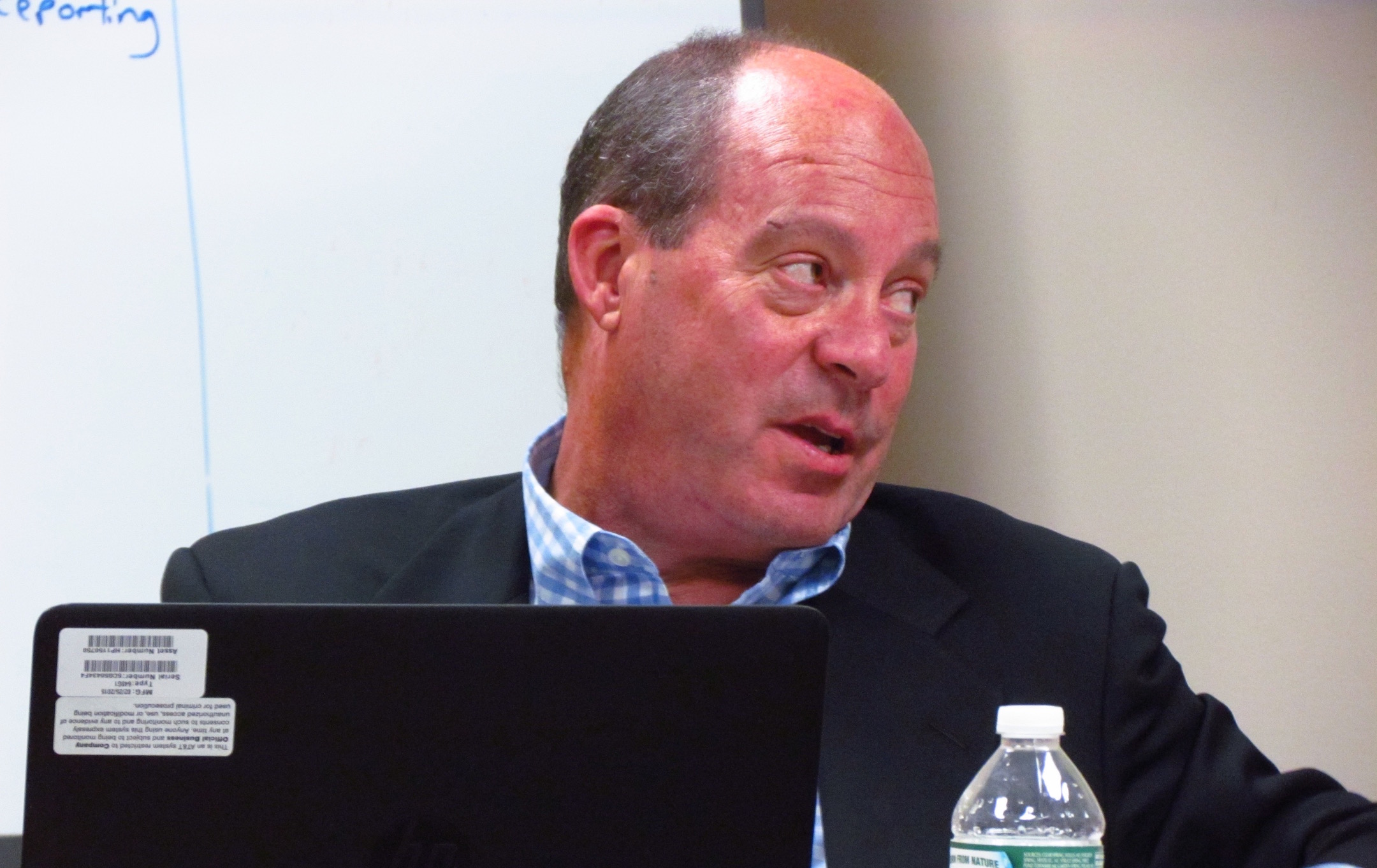 In an unexpected move at last night’s Board of Selectmen meeting, second selectman Jim Saxe announced that he would be resigning from the Board.

“Tonight will be my last meeting on the Board of Selectmen,” he announced toward the end of the meeting, noting that he has served the town in various ways for 13 years–on the Bd. of Selectmen, the Bd. of Education, and the Wilton Library Association board.

As a reason for his resignation, Saxe cited the growing time conflicts he was experiencing between work commitments and his municipal responsibility.

“My work commitments are keeping me from attending the meetings regularly. I’m splitting my time between Washington, DC and CT, and I thought it would be best to resign now and have the Republicans bring a new selectman in,” he said.

Saxe is a regional account director for AT&T; according to his LinkedIn profile he is, “responsible for business development with AT&T’s largest International Banks and Multinational Corporations.”

A BoS resignation most recently happened twice at the end of last year, when Republican Hal Clark resigned in Nov. 2014 and was replaced by Michael Kaelin; and Democrat Ted Hoffstatter stepped down just one month later, and Deb McFadden took over his seat.

Saxe’s resignation leaves a seat to be filled on the BoS. The Wilton Republican Town Committee (RTC) will have to find someone to nominate as a replacement to finish the remainder of his term (which is up in 2017). The RTC will recommend that person to the Board of Selectmen, who will vote on whether or not to confirm the RTC’s recommended nominee.

Saxe recounted some of the major projects and issues with which he was involved during his tenure with the town, including the Library addition, the Little Theater project at WHS, and the Comstock Community Center renovation, as well as several years during the economic crisis where the town boards needed to bring spending under control and lower budget increases.

Each of the selectmen thanked Saxe for his work and service to the town.

“Jim and I served on the Board of Education together. [We] did not always agree on the issues but I’ll miss your voice at the table. I think you have contributed and made the town a better place, and I thank you for that,” said BoS member Dick Dubow.