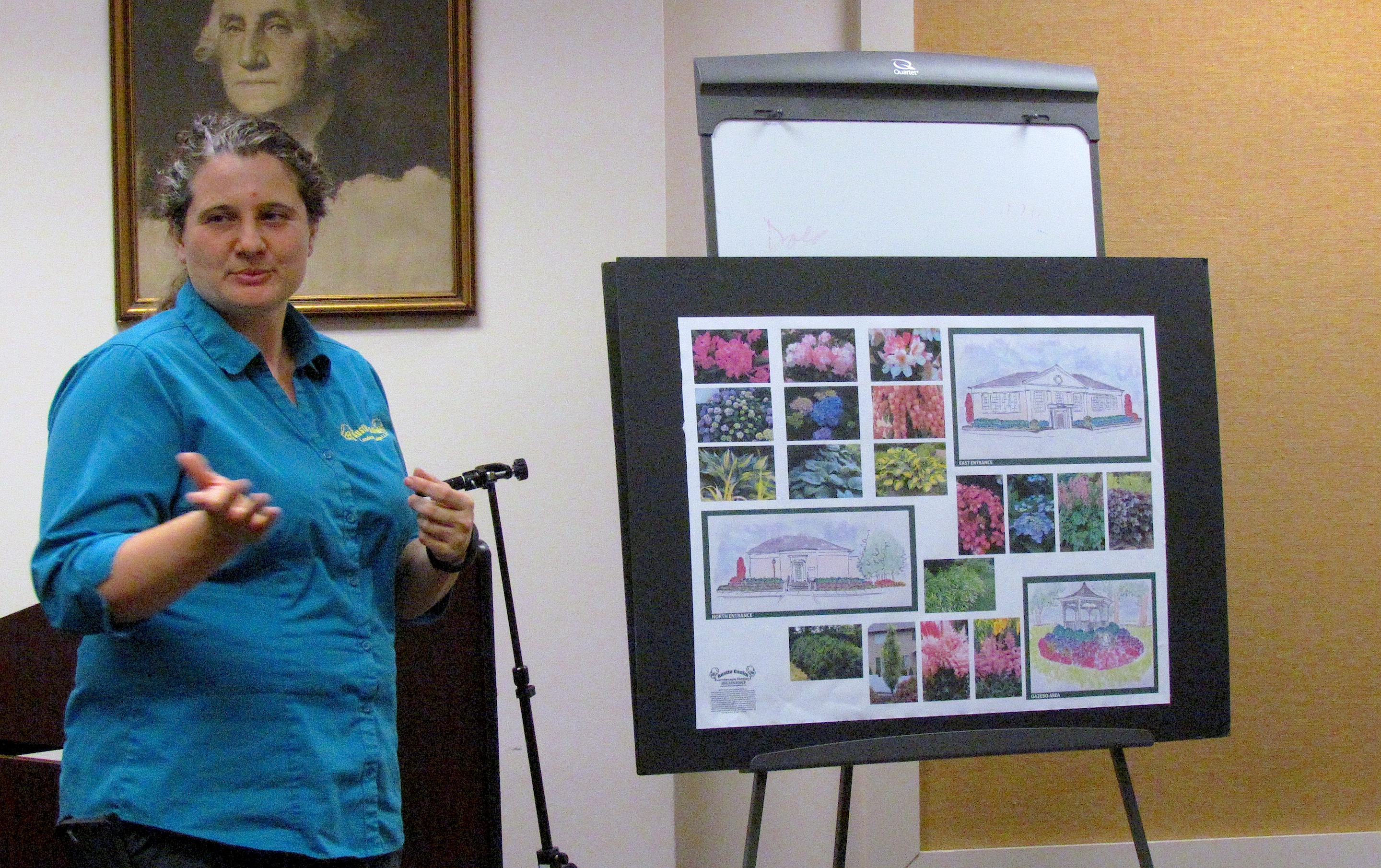 Principals with Paragon Realty, the management company that leases the Wilton Center Town Green property from the Town of Wilton, appeared before the Board of Selectmen at last night’s meeting to discuss their improvement plans for the facility. First selectman Bill Brennan said he was ‘very excited’ to bring the matter before the board, saying Paragon has been making many major improvements to the location.

John Nelson, Paragon’s CEO, said that the company is “very pleased” to run the property. “We’ve been delighted with all the cooperation we’ve gotten from the town of Wilton. It’s in our mutual interest to enhance that property and create the best retail environment.”

David Wright, who is Paragon’s point person overseeing management of the property, told the selectmen that his team has been working on a number of plans for the site, including “beautification ideas,” including improvements for life safety and others for aesthetics. These include:

Wright introduced Eva Chiamulera, with Austin-Ganim Landscape Design to describe the major landscaping that Paragon had planned. She outlined the plantings and bed designs that had been planned, all of which would be supported with a new, permanent irrigation system that had been laid under the paving area.

Chiamulera also said that many perennials would be used, and that plant types had been chosen to feature those with flowers that bloom throughout the majority of the year. Particular emphasis will be made around the gazebo, although there have been plans laid out for areas all around the complex. She noted that planting will begin this week, and added that her team will rework and repurpose many of the existing plants that are already there.

“The idea is that you have spring, summer, fall, there’s something that’s always happening,” Chiamulera said. She also said that many of the plants that were chosen are native to the area and are pollinator attractors.

Maintenance costs will be the responsibility of Paragon, as the leasee. Wright told the selectmen that the landscaping effort “comes at a substantial cost and it’s not something we want to do again.” He said that it is a 10-20 year plan and they’ve worked to create a design for the long term.

Brennan said the Town Green project is, “very, very exciting, and it will complement the many other things we’re doing in town. It adds to the whole environment.”

Paragon’s CEO agreed:  “We: want to make it the most attractive venue for shopping and enjoyment.”