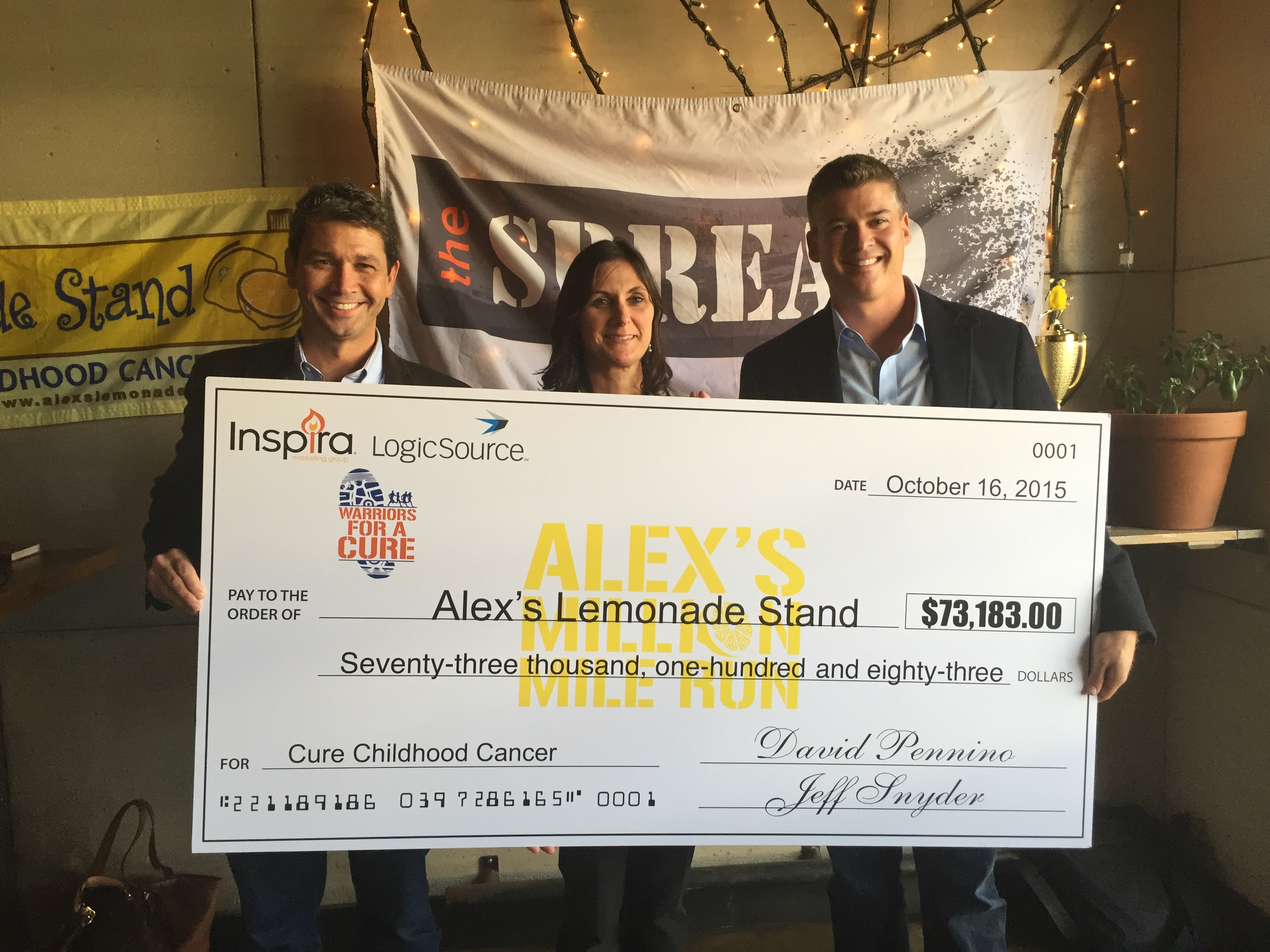 For the third year in a row, Wilton’s  “Warriors for a Cure” was the number one team in the country, holding onto their title as the Top Fundraising Team in the nation for Alex’s Lemonade Stand Foundation‘s “Million Mile Run/Walk/Bike” efforts against pediatric cancer. The team raised $73,183 throughout September.

Alex’s Lemonade Stand Foundation (ALSF) grew out of the front yard lemonade stand of cancer patient Alexandra “Alex” Scott (1996-2004). In 2000, 4-year-old Alex announced that she wanted to hold a lemonade stand to raise money to help find a cure for all children with cancer. Since Alex held that first stand, the Foundation bearing her name has evolved into a national fundraising movement, complete with thousands of supporters across the country carrying on her legacy of hope.

The “Million Mile” initiative is based on the idea that every day, parents of children battling cancer travel thousands of miles for treatments, so during each September⎯Childhood Cancer Awareness Month⎯participants go a million miles by collectively running, walking or biking 1,000,000 miles to raise awareness and money to find a cure.

Wilton’s team, Warriors for a Cure, is headed up by co-founders and Wilton residents Jeff Snyder and Dave Pennino. Snyder has long been involved in raising money for the effort, inspired by his daughter, Kennedy‘s own fight against cancer. They have harnessed their own employees and friends, family and extended networks to help raise close to $200,000 over the last three years that they’ve participated, starting with the first year the Million Mile effort began.

On Friday, Oct. 16, Snyder and Pennino presented a check for $73,183 to Liz Scott, mother of Alex’s Lemonade Stand Foundation founder, Alex, who accepted the donation on behalf of the organization.

She said that the team’s effort is noticed by so many people around the country and inspires everyone.

“The things you do, the way you engage your community, you get your kids involved, you fundraise, you log your miles. It’s really amazing. What I like about it most, it really captures the spirit of Alex’s Lemonade Stand and what Alex created, which is that every single person can make a difference and every single person can do something. Whether it’s one mile, 250 miles, a dollar or $12,000, it all adds up and you’re making a huge difference in pediatric cancer.”

Norwalk mayor Harry Rilling was also in attendance to show his appreciation for the efforts of the two Norwalk-based companies.

In total, Warriors for a Cure logged 26,468 miles, placing themselves in the top five in miles logged. Although ALSF did not achieve their million mile goal, the Foundation did come remarkably close, collectively generating 963, 966 miles in just 30 days. Warriors For A Cure is already looking forward to next year’s initiative with the hopes of maintaining their title and taking over the number one spot for miles logged.