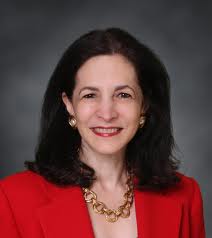 The following was compiled from a press release:

State Representative Gail Lavielle (R-143), who is running for re-election to the state House of Representatives, has announced that the Connecticut State Elections Enforcement Commission has approved her campaign’s application for a grant from the Citizens’ Election Program (CEP). The announcement comes three weeks after Lavielle’s unanimous nomination by her party as its candidate to represent the 143rd district, which comprises parts of Wilton, Norwalk, and Westport.

The Lavielle campaign was one of the first in the state to be approved for a grant this year. The first round of grants was approved for nine candidates for state legislative offices, including Lavielle, at a meeting held on May 29.

To qualify for CEP campaign funding, candidates for the State House of Representatives must raise at least $5,000 in contributions of $100 or less, including individual contributions from at least 150 residents of the towns they are seeking to represent.

“I want to thank the residents of Wilton, Norwalk, and Westport for their confidence and their enthusiastic support,” said Lavielle. “Because they made it possible for me to finish fundraising so quickly, I will be able to focus in the coming months on listening to my constituents and discussing the issues most important to them, like reducing taxes, helping small businesses grow and create jobs, making a quality education accessible to students at all levels, providing essential services to the truly needy, improving transportation, and protecting open space and local plans of conservation and development.

“A recent Gallup poll found that half of Connecticut residents want to exit the state, and many people in our district are echoing that sentiment,” Lavielle continued. “They’ve had enough of policies that have left Connecticut with looming billion-dollar deficits and an economy that trails the rest of the country in recovering from the recession. They want a state government that acknowledges the gravity of Connecticut’s problems, that takes fiscal responsibility seriously, and that welcomes bipartisan input and collaboration. The outpouring of support for my campaign has made me even more determined to keep fighting for the kind of government and policies we need to make life in Connecticut more affordable, reduce the costs of doing business, get people back to work, and strengthen our schools and infrastructure, so that people of all ages can look forward to a future in our beautiful state.”