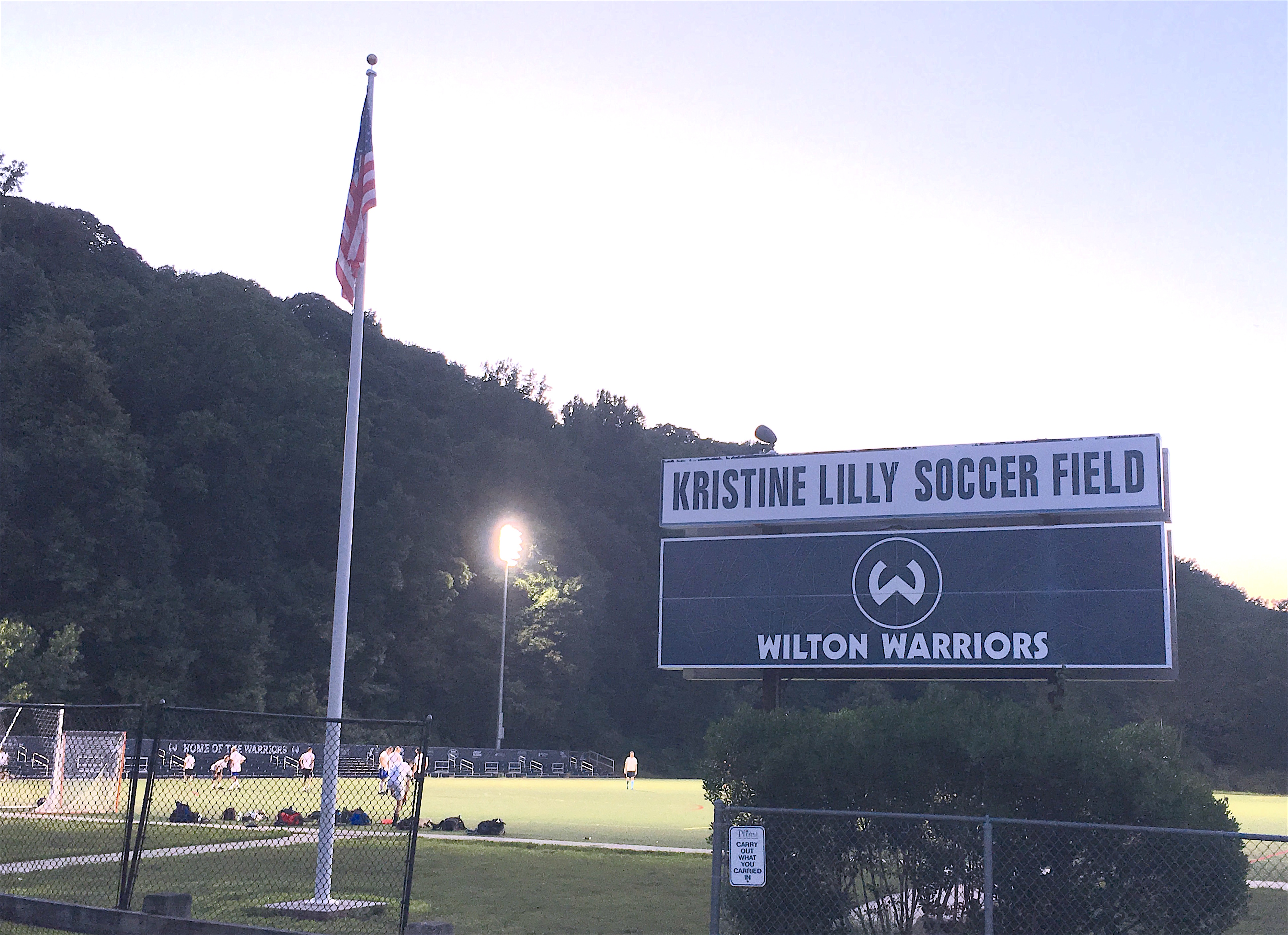 Beginning this Friday, July 20, Kristine Lilly Field will be closed for use, as work crews will begin replacement of the field’s artificial turf. The turf will be removed and replaced with coconut husk infill, a capital bonding project approved by voters at the May 2018 Town Meeting and Vote.

The current turf at Lilly Field is beyond its useful life. The coconut husk infill being used to replace it is the same material that was installed at Veteran’s Stadium Fujitani Field in 2016. The infill is 96% coconut husk, with the remaining 4% made up of a small amount of cork, corn husk and other organic material.

In addition, there will be a shock pad layer underneath the turf to help reduce effects of concussion injuries.

While the current Lilly Field turf replacement is being paid for through bonding, town officials last year created the stadium advertising effort as a separate funding mechanism to save for field maintenance and future replacements.

Wilton Parks and Recreation Department director Steve Pierce estimates that the field will be closed for the four weeks it is anticipated to take to complete the turf replacement. The lacrosse rebound wall will be closed during the same period.